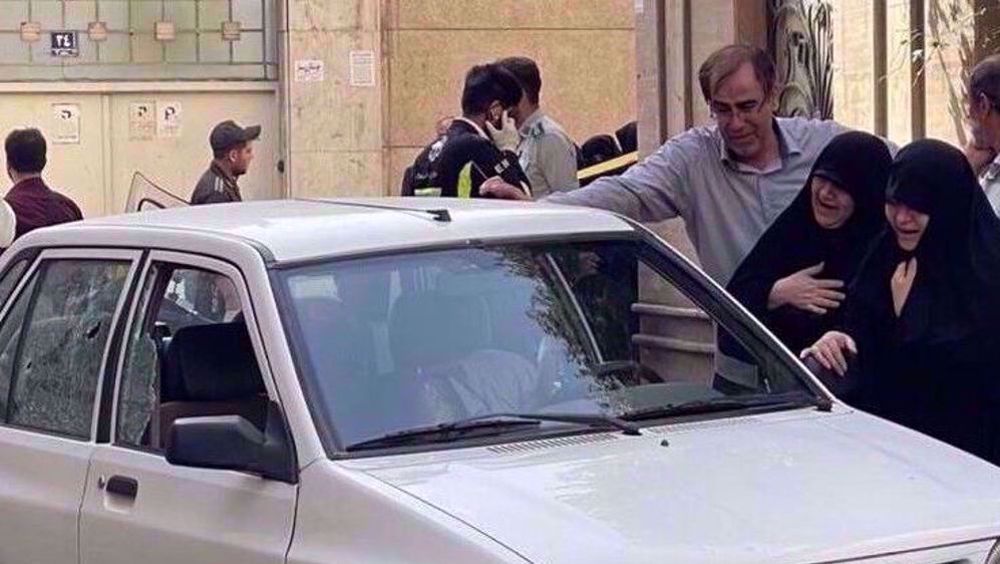 On 23 June, an Iranian court ruled that the US government, alongside dozens of its institutions and officials, are guilty of supporting Tel Aviv in targeting Iranian nuclear scientists, and ordered Washington to pay $4.3 billion in compensation.

The families of the three deceased nuclear scientists, many of whom sustained injuries during the terror attacks, filed the lawsuits via Tehran’s court system against the US government in an attempt to counter violations of international law and obligations of hostile behavior by supporting Israel’s many acts of “terrorism” against Tehran.

The verdict cited evidence of Israeli involvement in the assassinations as well as US financial and military support for Israel’s foreign policy, saying Washington had an “effective” role in these attacks.

On 15 March, Iranian media reported that the intelligence and security branch of the Islamic Revolutionary Guard Corps (IRGC) thwarted a plot by Israeli spies to sabotage the Fordow nuclear facility located 32 kilometers northeast of the city of Qom.

The nation’s main nuclear facility at Natanz experienced a mysterious blackout that damaged some of its centrifuges in April 2021, while a year earlier, unexplained fires struck the advanced centrifuge assembly plant at Natanz, which authorities say were caused by Israeli saboteurs.

On 27 November 2020, Mohsen Fakhrizadeh, a prominent nuclear scientist was killed on the outskirts of the capital Tehran. The government of Iran accused Israel of carrying out the assassination. Tel Aviv has neither denied nor confirmed the allegations.

The sabotage attempts have come as talks between Tehran and the remaining parties to the 2015 Joint Comprehensive Plan of Action (JCPOA) have stalled as a result of Washington’s procrastination in offering Tehran the necessary guarantees to secure a deal.

Israel is firmly opposed to the restoration of the JCPOA alleging that the Islamic Republic intends to use its nuclear program to develop nuclear weapons.

Iran, however, insists that its program is strictly for peaceful purposes, unlike Israel, which is in possession of nuclear weapons.