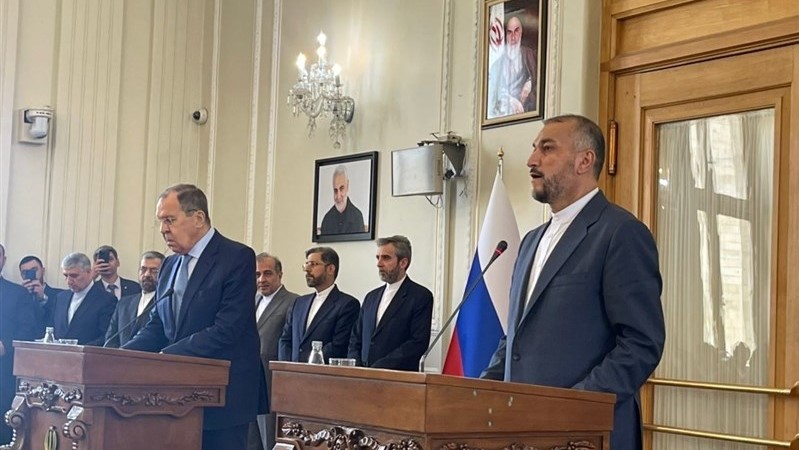 During a visit to Tehran by Russian Foreign Minister Sergei Lavrov on 23 June, the official condemned the practice of unilateral sanctions against Iran and Russia by the US.

“Both we and Iran condemn the unacceptable practice of illegal unilateral sanctions, which are imposed contrary to the UN Charter and which require counteraction by all independent members of the international community,” Lavrov said.

The Russian foreign minister also strongly criticized the concept of a “rules-based order” promoted by western governments and NGOs.

“We are united in our rejection of the concept of the so-called rule-based order promoted by the United States and their satellites, a concept that is designed to replace international law, to replace the basic principles of the UN Charter, above all the principle of the sovereign equality of states,” Lavrov proclaimed. “Everything that the US and its allies are doing in the international arena directly undermines this UN fundamental principle.”

Lavrov condemned the recent Israeli airstrikes against the Damascus International Airport on 10 June, which left the critical infrastructure crippled, unable to accept passenger nor cargo flights, until service was resumed on 23 June after weeks of rapid reconstruction.

“Unfortunately, the latest incident is very dangerous. It was an attack on a civilian airport that effectively grounded this airport for several weeks, not to mention the problems that arose due to the inability to deliver humanitarian supplies by air,” the Russian foreign minister stated.

The stalled negotiations for the re-implementation of the 2015 Iranian nuclear deal was addressed by the Russian top diplomat.

Lavrov stressed that the main obstacle to the agreement is the US, who he implored must make a rational choice in this matter, but lamented that “there is no complete certainty” about the US making such a choice.

“We will seek to ensure that the Joint Comprehensive Plan of Action (JCPOA) be restored to its original configuration, as it was approved in 2015 by a UN Security Council resolution, without any exceptions or addenda. All illegal anti-Iranian sanctions that contradict the JCPOA must be lifted,” Lavrov said.

This is the first visit by Russia’s top diplomat to the Islamic Republic since Raisi took power in 2021. It comes at a time when the Kremlin is facing sweeping sanctions from the west, overtaking Iran as the most sanctioned nation on the planet.

Establishing avenues of cooperation despite the existence of sanctions is reportedly a main point in Lavrov’s agenda.

“Strengthening cooperation and coordination is an effective way to counter US sanctions and economic unilateralism against independent nations,” the Iranian president told Lavrov.

Over recent months, Iran has played host to high-ranking officials from nations under sanctions, such as Russia, Venezuela, and Syria, as part of Raisi’s policy to boost ties with countries faced with economic warfare from the west.