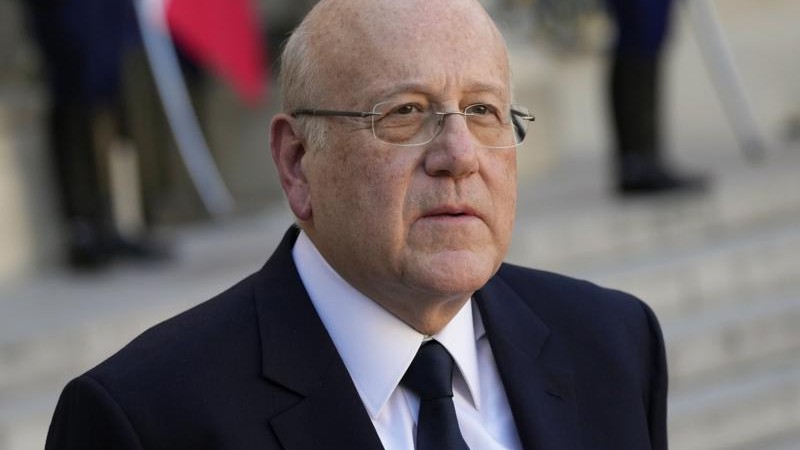 By law, this process is meant to take place one month after general elections.

So far, the candidates are current Lebanese Prime Minister Najib Mikati, who has been leading talks with the International Monetary Fund (IMF) for securing a bailout package, and Lebanon’s former ambassador to the UN, Nawaf Salam, who is supported by a number of independent candidates, the Phalangist Kataeb party, and the bloc led by the head of the Progressive Socialist Party (PSP), Walid Jumblatt.

“This period is exceptional,” Deputy Speaker of Parliament Elias Bou Saab said during a meeting with Aoun, adding that although Mikati and Salam have been named, Bou Saab will not provide any names given the fact that “there is no clarity in the future stage.”

The Strong Republic bloc, consisting of the Saudi-backed Lebanese Forces (LF) leader, Samir Geagea, and his allies, have also decided not to name anyone.

After a meeting with his parliamentary bloc on 22 June, Geagea said that his party was “among the first to name Nawaf Salam to head the government previously, but frankly, and with our respect for him, since that time until today, we have not seen any serious intention from him to assume this responsibility.”

LF MP George Adwan reiterated Geagea’s comments a day later, saying that his party has taken a decision not to name any candidates unless they have put forth a clear and full program, and expressed a sincere intention to adhere to it.

MP Jamil Sayyed — who was falsely imprisoned in 2005 on charges related to the assassination of former Prime Minister Rafik Hariri — also did not name anyone, specifying that “the process of the downfall [of Lebanon] continued [with Mikati].”

The head of the Free Patriotic Movement (FPM), Gebran Bassil, joined the list of those who decided against naming Mikati as prime minister.

On the other hand, Hezbollah and its ally, the Amal Movement,  launched their support behind the current prime minster, as they did upon his initial election in May of 2018.

“Our position is simple…  and Lebanon needs a government that can manage its affairs,” the head of Hezbollah’s parliamentary bloc, Muhammad Raad said.

Hezbollah has previously called on the newly elected Lebanese parliament to prioritize cooperation for the sake of finding a solution to the problems Lebanon is facing, namely corruption and the devastated economy.

“We are open to all cooperation, regardless of political or ideological background. And we are ready to cooperate on the basis of the political slogans for combating corruption and reviving the economy,” Raad said during a speech on 29 May.