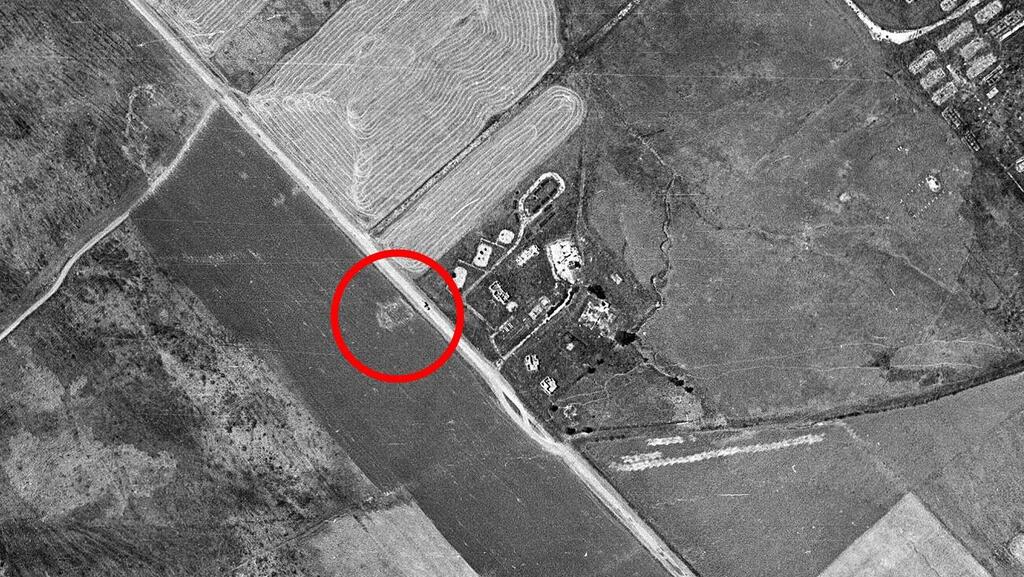 Map showing the location of the unmarked mass grave that was dug during the Six-Day War in 1967. (Photo credit: Yedioth Ahronoth)

On 8 July, Hebrew media revealed the existence of a mass grave under the parking lot of a tourist attraction in Israel, where the bodies of dozens of Egyptian soldiers were buried during the 1967 Arab–Israeli War, also known as the Six-Day War.

Yedioth Ahronoth made the revelation on 8 July after the Israeli army declassified documents detailing the events from 55 years ago.

The mass grave, located at the Mini Israel miniature park near Kibbutz Nahshon, between occupied Jerusalem and Tel Aviv, reportedly holds the bodies of as many as 100 Egyptian soldiers.

Of these, at least 20 were burned alive by the occupation army.

In June of 1967, Egyptian commandos – deployed from Jordan as part of a security pact signed before the war – found themselves in a bloody battle with Israeli troops.

The commandos were equipped with old and outdated information about the terrain.

At a certain point in the fighting, mortar shells fired by the Israeli army set thousands of uncultivated dunums (unit of area) of wild bush on fire, trapping at least 20 soldiers who were burned alive.

One day after the fighting was over, Tel Aviv decided to bury the bodies where they lay, using a bulldozer to dig a pit and push the corpses of the Egyptian commandos into it.

Israeli soldiers reportedly looted the personal belongings of those killed, and left the mass grave unmarked.

A resident of the area who witnessed the events told Yedioth Ahronoth: “Those who were put in the pit, these were the bodies of the Egyptian soldiers who were burned. After all, the Ayalon Valley at this time of year is full of grass at a height of one and a half meters.”

For over five decades, Tel Aviv kept the secret of the mass grave, never attempting to return the bodies to their homeland, and even allowing an amusement park hosting a miniature version of the occupied Palestinian territories to be built a few meters away.

In the mid-90s, a mass grave was discovered in the Sinai Peninsula, with the bodies of hundreds of Egyptian soldiers who were executed by Israel without trial during their occupation of the region.

Another mass grave, in the Red Sea town of Ras Sedr, was discovered in the year 2000. It held the remains of 52 Egyptian prisoners executed by Israeli paratroopers during the Six-Day War.