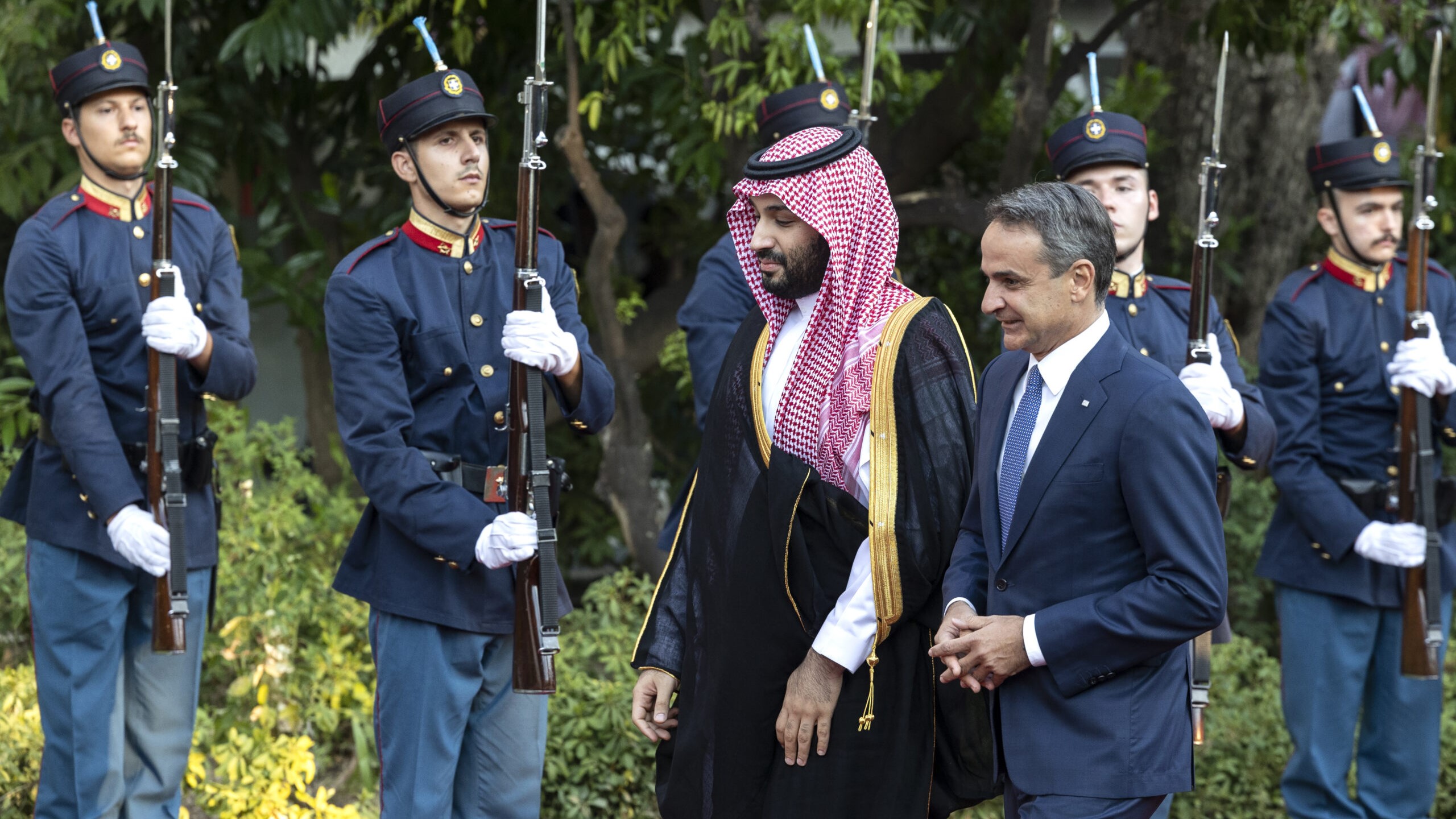 Saudi Crown Prince Mohammed bin Salman (MbS) traveled to Greece on 26 July on his first trip outside of West Asia since 2019.

They also discussed the possibility of connecting Greece to an electrical grid that would provide southern and western Europe with cheaper green energy, revealing that efforts are underway to transform Greece into “a hydrogen hub in Europe.”

“Linking the grid of electricity … we can provide Greece and southwest Europe through Greece with much cheaper renewable energy,” MbS said, sitting alongside Mitsotakis.

For his part, the Greek premier hailed the crown prince’s visit as an opportunity to “further cement this important relationship between our two countries, placing particular emphasis on economic cooperation.”

After his visit to Greece, MbS is set to travel to France to meet with President Emmanuel Macron.

The crown prince’s European tour comes less than two weeks after he welcomed US President Joe Biden to the kingdom.

After meeting with MbS — who Biden had earlier threatened to make a “pariah” — the US president attended a summit of the GCC+3 in Jeddah, where he failed to convince his Arab allies to increase their oil output.

Western nations are experiencing a dire fuel crisis as a result of sanctions imposed on Russia’s energy sector.

Gas prices in the US have skyrocketed, hitting record highs of more than $5 per gallon on average in mid-June, and currently standing at about $4.58 – up from $3.12 one year ago.

Since the start of the NATO-instigated war in Ukraine, Washington’s main partners in the Gulf have ignored pleas to increase oil production levels. Saudi Arabia and the UAE have instead chosen to tighten their cooperation bonds with Russia.