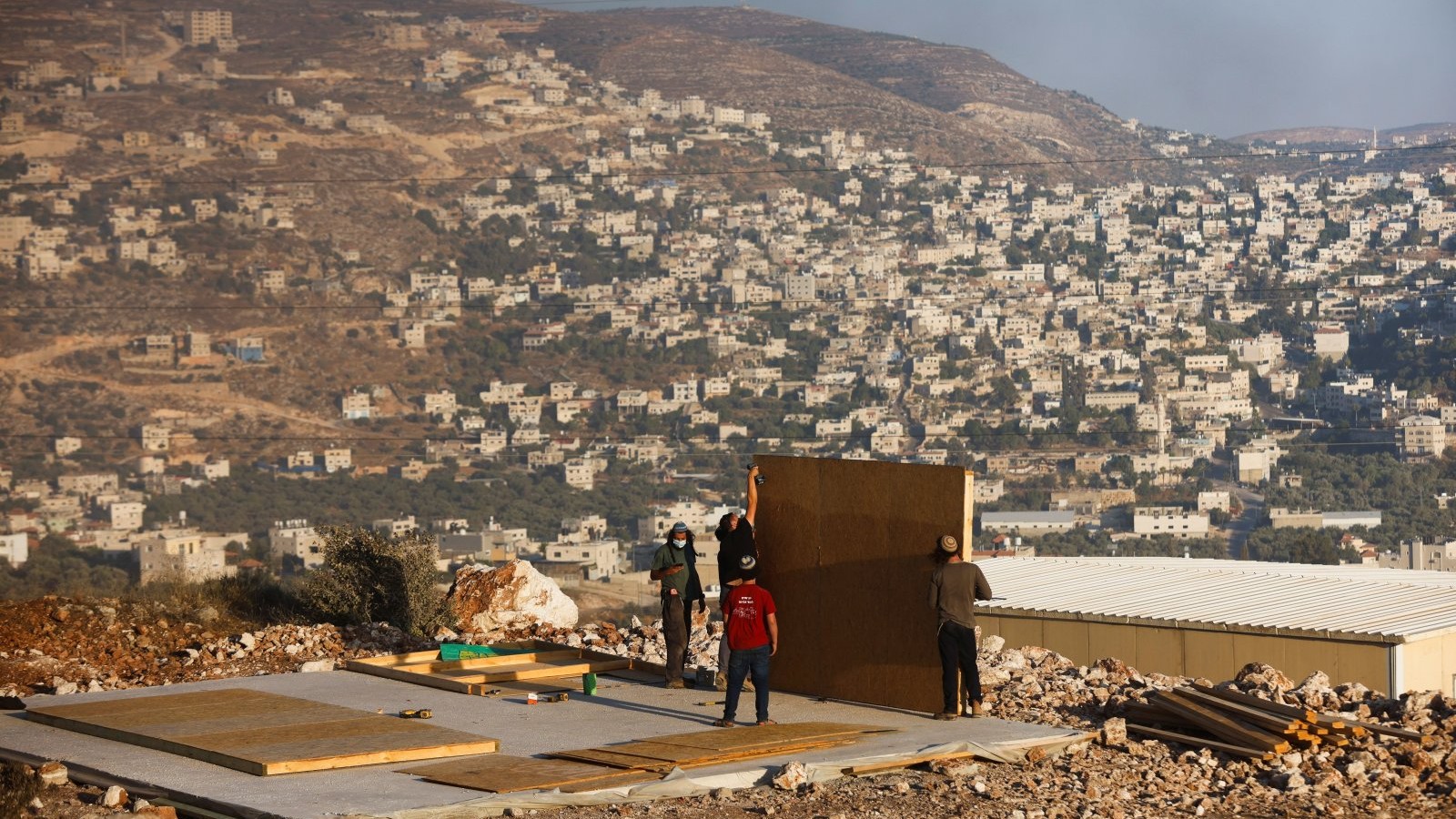 On 25 July, the Israeli Interior Ministry’s District Planning Committee for Jerusalem said it had restarted the construction of 700 illegal settlements that were previously suspended due to President Biden’s visit to Israel.

The committee also confirmed a plan for 1,446 settlement units located between the illegal settlements of Har Homa and Givat Hamatos.

Watchdog and activist group Peace Now claims that the project, known as the ‘lower aqueduct plan’, is located next to the Green Line, which would block access between Palestinian neighborhoods on the outskirts of Bethlehem.

Experts suggest that such projects would increase the divide between residents in Bethlehem and nearby Palestinian neighborhoods in occupied East Jerusalem.

A week prior, on 20 July, Israeli settlers propped up a number of tents on Palestinian territory near the illegal settlement of Kiryat Arba in southern occupied West Bank

The Palestinian land on which the Israeli settlers set up their tents are owned by local Palestinian Hammouda Jaber, who told the Palestinian News and Info Agency (WAFA) that the settlers were accompanied by Israeli authorities.

This scheme is part of Israel’s preparations to build 4,427 illegal settlements in the occupied West Bank, according to numerous rights groups.

Back in May, Peace Now revealed that a total of 2,791 housing units had received final approval from the Civil Administration Planning Committee, and 1,636 units had been granted initial approval.

Plans to increase the occupation of the West Bank were leaked at a time of heightened tensions over the killing of Palestinian journalist Shireen Abu Aqla by Israeli forces in the refugee camp of Jenin.

Since 1967, over 700,000 settlers have migrated to illegal settlements across occupied West Bank and East Jerusalem, which currently houses 2.9 million Palestinians.

Israel’s colonization process is illegal under international law but has been maintained under all Israeli governments since 1967.

Settler communities are granted permission to build permanent structures connected to the electrical grid and water supply, while building permits for Palestinians living alongside them are almost always denied.

Many Palestinians live under the constant threat of eviction, and face a rising tide of settler violence designed to displace them from their homes.

The practice is considered by most of the international community to be illegal, and a major impediment to the achievement of lasting peace.