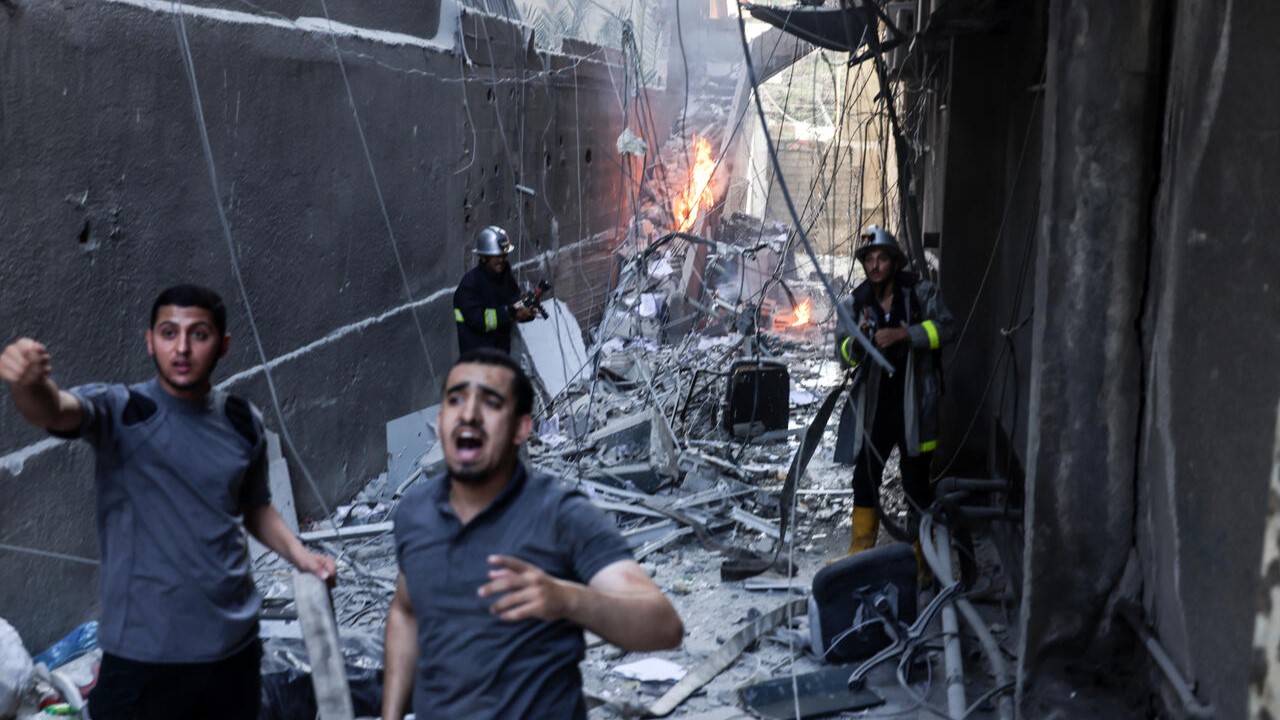 According to the health ministry in Gaza, at least eight Palestinians were killed, including a five year old girl.

The head of the Al-Quds Brigades, Taysir al-Jabari, along with PIJ commanders Khalil al-Bahtini and Abdullah Kadoum were also killed in the attack.

The Israeli airstrikes targeted the seventh floor of Palestine Building, a residential block in the heart of Gaza City. Unconfirmed reports say other strikes were also launched in the strip.

At least 44 people were injured and had to be transferred to medical facilities as a result of the Israeli blitz.

“We’ve just had Friday lunch and my children were playing. Suddenly a huge explosion hit the tower in which we live. We ran away. The sound was massive. We were very shocked as the place is full of civilians. I saw many casualties that were evacuated,” a resident of the building that was targeted told Al Jazeera.

“The [Israeli army] is currently striking in the Gaza Strip. A special situation has been declared on the Israeli home front,” the Israeli army said in a statement.

Over the past week, Israel imposed a unilateral closure of all crossings into the Gaza Strip, restricting the movement of aid, goods, and people into the enclave.

Tel Aviv also increased its military presence around Gaza, in the wake of the arrest of Bassam al-Saadi, a senior leader of the PIJ, during a raid in the Jenin refugee camp in the north of the occupied West Bank.

After the arrest the Al-Quds Brigades – the armed wing of the PIJ – announced “a state of alertness and readiness among its fighters and active combat units.”