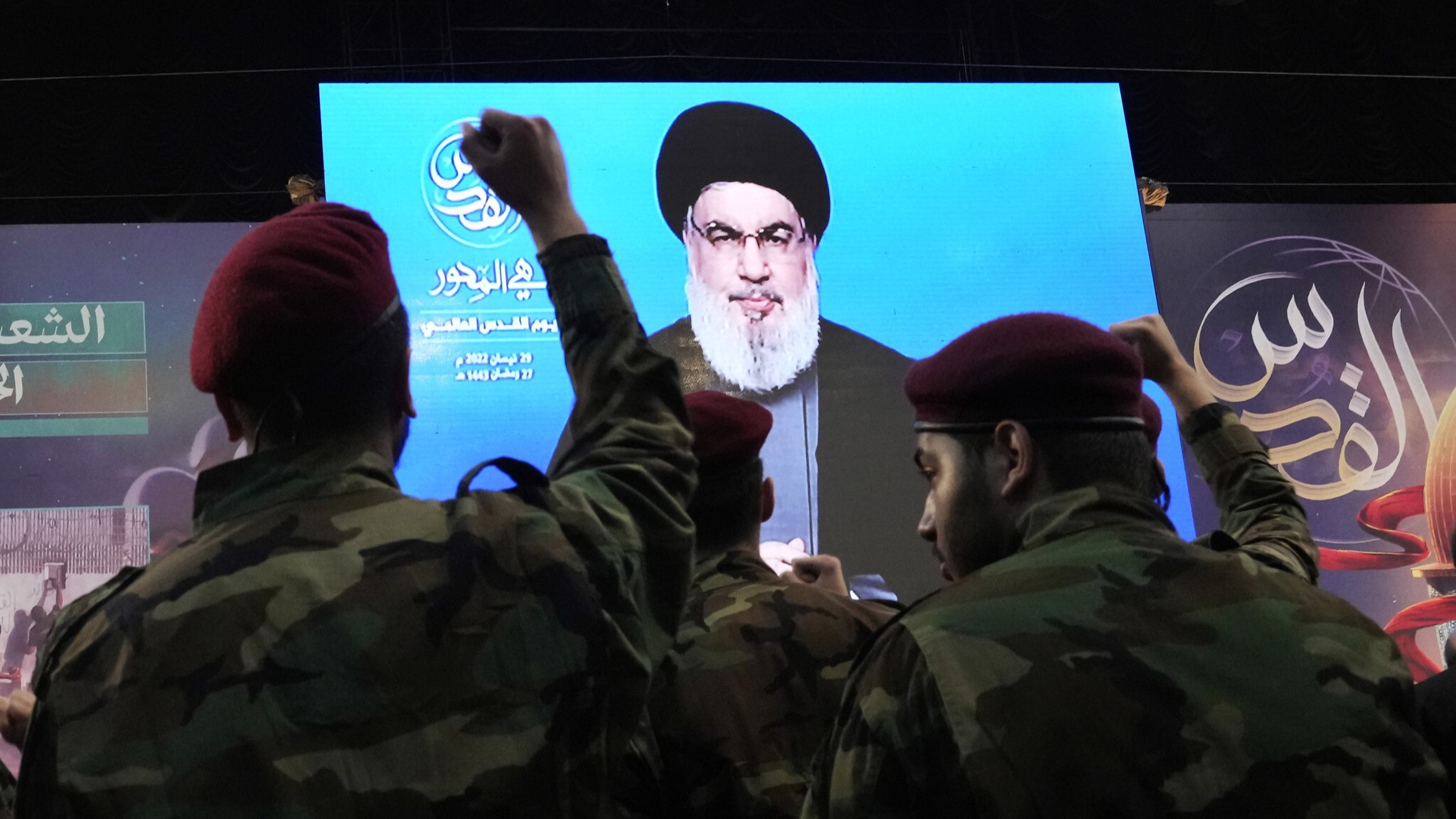 Hezbollah chief Hassan Nasrallah said that calm will be preserved in the region if Lebanon’s rights over its natural resources are respected.

The resistance leader also cautioned that current negotiations to revive the Iran nuclear deal will have no effect on Hezbollah’s actions.

“In the event that Lebanon does not obtain its rights … we are going to escalate, whether the nuclear agreement is signed or not,” he added.

Nasrallah later chastised media figures and diplomats who have claimed the outcome of the Vienna talks could make Hezbollah “forget” about Lebanon’s claim over the Karish gas field.

“The eyes of the Lebanese should be on Karish, not on Vienna,” Nasrallah cautioned.

He then highlighted that no conflict will arise if the US mediator in the dispute for Karish, Amos Hochstein, “comes and gives the Lebanese state what it wants” instead of “wasting time.”

Hochstein was expected back in Beirut last weekend, but delayed his trip at the last minute. According to Arabic media, he is expected in Tel Aviv “in the coming days.”

The deadline set by Hezbollah for Lebanon to secure its maritime rights expires on 15 September.

Israel will reportedly acknowledge that line 23 and the Qana prospect field are in Lebanese territory, but pleaded with Hezbollah to drop its threats of attacking Israeli gas fields in the case of a delay.

European companies contracted by Tel Aviv have allegedly threatened to withdraw their ships and existing facilities from the vicinity of Karish if Israel cannot guarantee the safety of all equipment and staff.

But despite Israel’s apparent concession, doubts remain about the country’s true intentions just two weeks after the Israeli army launched an unprovoked attack on the Gaza Strip.

Over the past few weeks,  the Israeli army held two naval drills simulating the defense of their maritime assets against possible attacks by drones.

“In the event that we receive early intelligence about an operation by Hezbollah, Israel will [pre-emptively] neutralize the threat,” Walla news quoted Israeli Defense Minister Benny Gantz as saying.