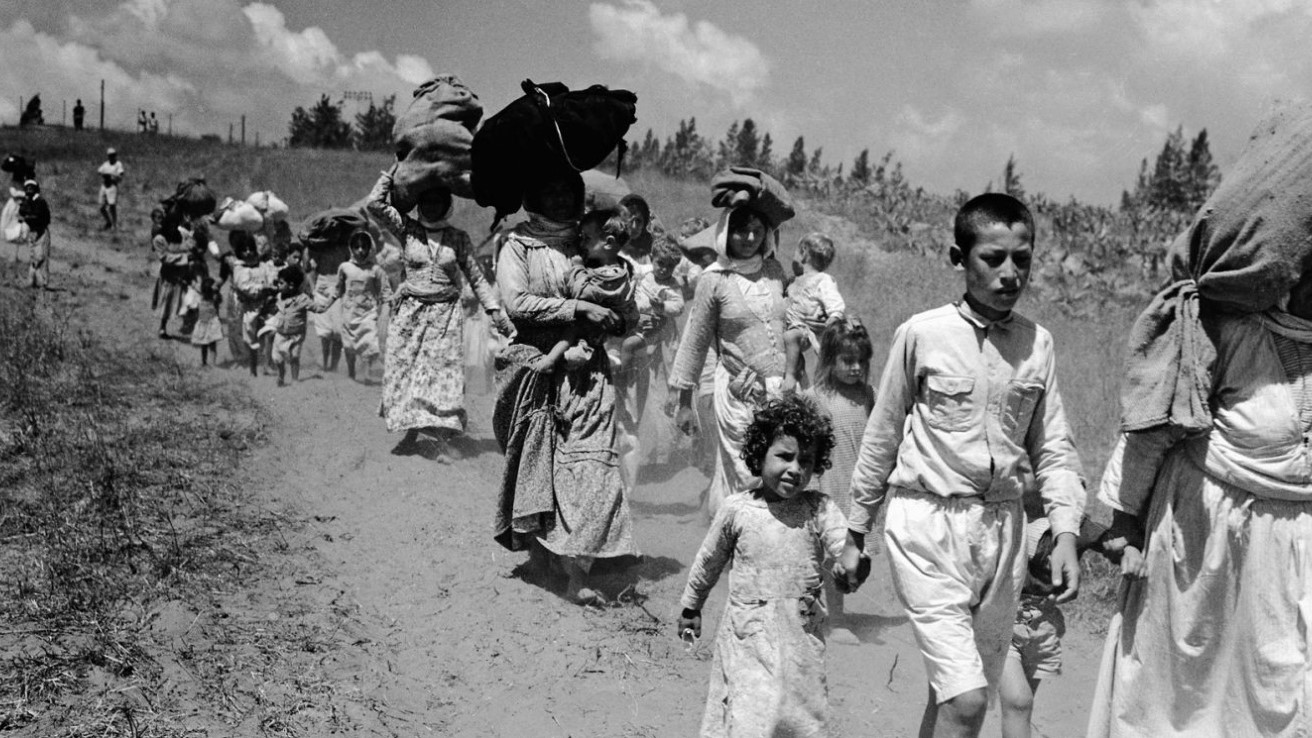 Palestinians being expelled from their homes in 1948 (Photo credit: Al-Haq)

According to a report by Hebrew newspaper Haaretz released on 22 August, Tel Aviv has been working through its defense ministry to hide historical documents related to the founding of the state of Israel, from the Israeli public.

The founding of Israel in 1948, known throughout the Arab world as the “Nakba,” or catastrophe, involved the ethnic cleansing and mass expulsion of Palestinians from their land by ultra-nationalist Jewish gangs.

These gangs were later integrated into the Israeli military.

The documents contain details on Israel’s killing of civilians, as well as the erasure of entire Palestinian villages. Israel is undergoing “a systematic process to conceal evidence of the Nakba,” Haaretz reveals.

The report states that efforts to hide these documents have been carried out by the Directorate of Security of the Defense Establishment, a secret department in the Israeli Defense Ministry known as the Malmab, “whose work and budget are secret.”

Members of the Malmab reportedly “worked without any legal authority, even in some cases [hiding] documents that the military censor had previously allowed to be published,” Haaretz revealed.

The report also details that government officials, including members of the Israeli Knesset, who by law are allowed access to such archives, were barred from viewing the documents in question.

A settlement was reached in which the Israeli Treasury would send requests in order for archived documents to be examined for disclosure. The Malmab apparatus would then search through them thoroughly to determine if they can be published alongside Israel’s accessible archives, despite already being accessible by Israeli law.

“If the state admitted … that the documents were hidden without authority, why did it not insist on their immediate disclosure?” the report asks.

The report concludes by saying that Israel has to “get rid of the twisted habit it has adopted of concealing its past from the public … the public has the right to know the history of the country in which it lives, and also to discover its less pleasant aspects.”

Despite the events of the Nakba being common historical knowledge, Israel’s attempt to hide these documents represents its policy of trying to control the perception of the Israeli public.

Israel is known to have attempted hiding the atrocities of its past.

On 8 July, Hebrew media revealed the existence of a mass grave under the parking lot of a tourist attraction in Israel, where the bodies of dozens of Egyptian soldiers burned alive by Israeli forces were buried during the 1967 Arab–Israeli War, also known as the Six-Day War.

For over five decades, Tel Aviv kept the secret of the mass grave, never attempting to return the bodies to their homeland.

Additionally, Israel has been secretly building a nuclear arsenal for several decades – owning around 40 to 800 nuclear warheads which it denies having – while criticizing Tehran over its nuclear program.