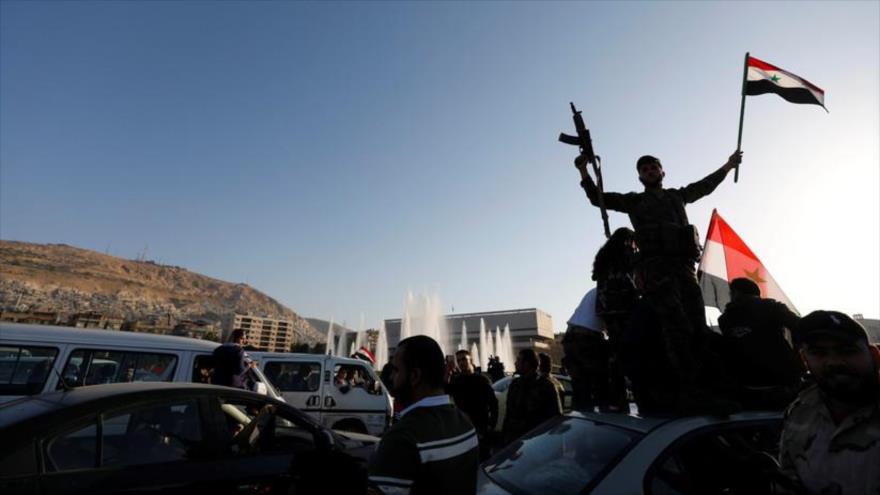 Thousands of Syrians staged a protest against US occupation forces in the eastern province of Deir Ezzor to condemn the arrest of 300 anti-terrorist fighters from the Al-Shaitat tribe.

According to reports, demonstrators called for the immediate release of the tribesmen who have been instrumental in the fight against the Islamic State (IS) terrorist group, and who were allegedly imprisoned without charges. For their part, the US and the so-called Syrian Democratic Forces (SDF) maintain the tribesmen were arrested for “collaborating” with the Syrian government.

Protesters also said that if the prisoners are not released, the protest would spread across all of Deir Ezzor.

The leaders of the Al-Shaitat clan told reporters that villagers are outraged by the actions of US occupation forces, who have been consistently kidnapping their countrymen on charges of working with Russia and the Syrian Arab Army (SAA).

“All these people who are in SDF custody have in the past years participated in the fight against Daesh with the support of the Syrian Arab Army,” an Al-Shaitat leader told reporters.

For years, US occupation troops have been accused of working with IS militants in Syria and with the western-friendly Syrian Observatory for Human Rights (SOHR), which reported on their joint activities back in 2017.

It goes on to say that “sources told SOHR that the International Coalition has been transporting [ISIS] agents and members from areas controlled by ISIS (…) on helicopters to its headquarters.”

More recently, the US was accused of transporting IS fighters from Syria to Afghanistan and Iraq.