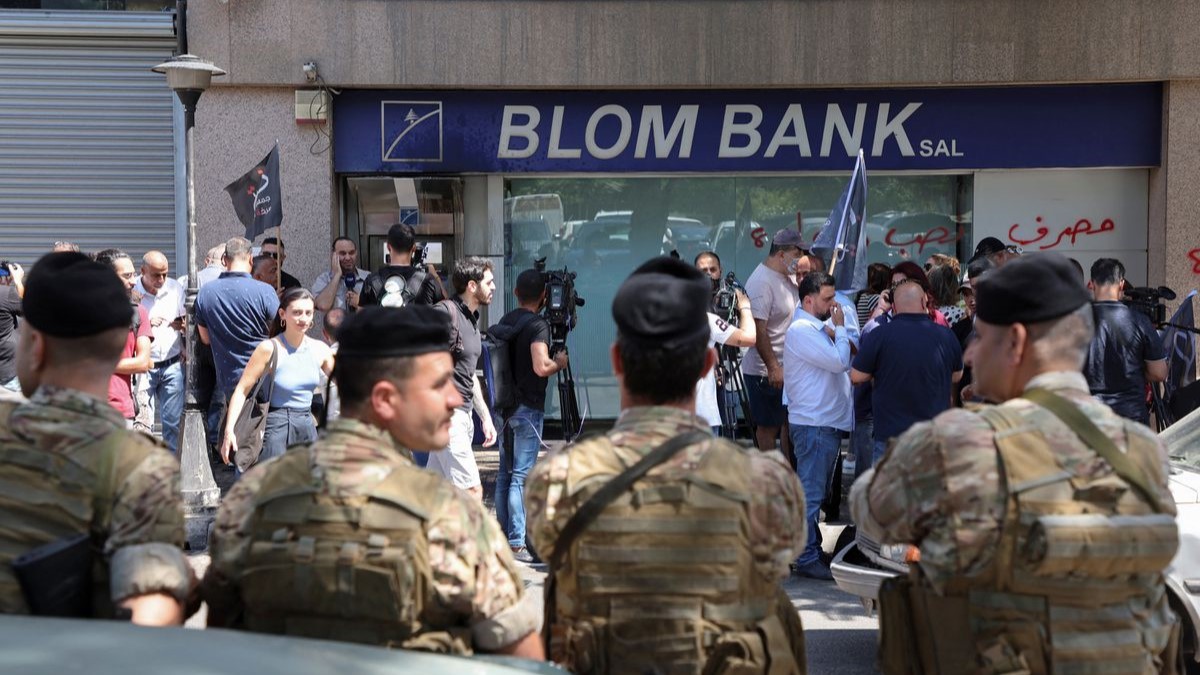 An armed Lebanese woman stormed a bank in the capital Beirut on 14 September, in a desperate attempt to access her own savings and pay for her sister’s cancer treatment.

Sally Hafez entered a branch of BLOM Bank on Wednesday afternoon, brandishing a toy gun and demanding access to her own money.

She stormed the bank along with several activists from the ‘Depositors’ Outcry’ group, with many others staying outside and holding a rally in her support. Security forces arrested several of the activists.

Hafez was eventually able to recover $12,000 dollars plus around 30 million Lebanese liras, which as of Wednesday equals less than $1,000. She reportedly held total savings of $20,000.

During an interview with Al Jadeed TV minutes after she fled the bank, Hafez confirmed her gun was fake and said she is “generally against guns.”

“The banks stole our money, and I had no other choice,” Hafez added. She also said that she had pleaded with the bank and with health ministry officials to help her sister, but they did nothing.

Hafez says she spoke with the manager of BLOM Bank two days before the hold up, and he only offered to give her an amount equivalent to $90 per month, from the $20,000 of her own money the bank has frozen.

On the night before she stormed the bank, on her Facebook page Hafez promised to take her sick sister abroad for cancer treatment “even if it costs me my life.”

Following the successful hold up, Hafez claimed via social media that she was at Beirut airport awaiting a flight to Istanbul.

This is the second time in the span of weeks that a desperate Lebanese depositor has been forced to threaten violence inside a bank.

On 11 August, Bassam Sheikh Hussein entered a branch of Federal Bank in Beirut armed with a shotgun and carrying a canister of gasoline, demanding access to his life savings to pay for his father’s medical bills.

Since 2019, Lebanon has been experiencing the worst economic collapse in modern history.

After initially locking citizens out of their bank accounts completely, Lebanese banks started to impose limits on withdrawals. If a client had a US dollar account, banks would only disburse their money in Lebanese currency, which has lost over 90 percent of its value.

The World Bank has described the man-made crisis as a “Ponzi scheme,” while the UN has accused the central bank and Lebanese officials of “human rights violations” for their role in setting the stage for this crisis.