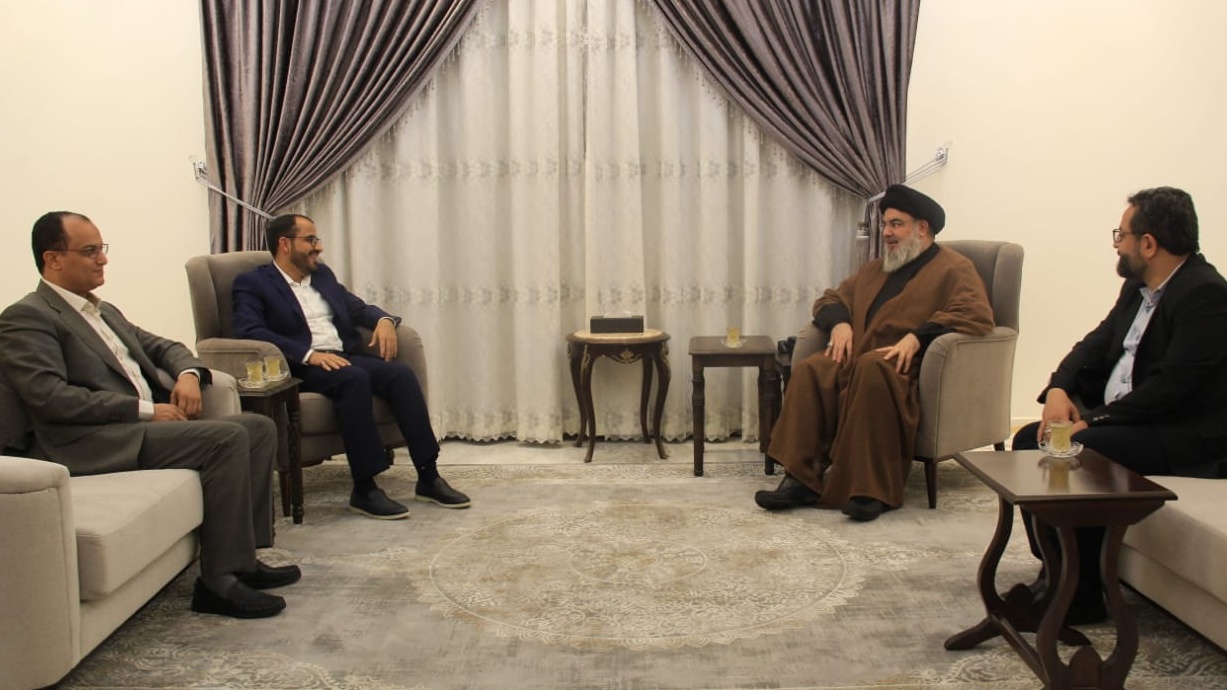 The Secretary-General of Hezbollah, Hassan Nasrallah, met with the official spokesman for the Ansarallah movement, Mohammed Abdulsalam, in Beirut on 16 September.

Nasrallah received the Yemeni delegation and discussed the latest political situation in the region with emphasis on the developments in Yemen.

Both parties discussed the current negotiations of the truce with Saudi Arabia and stressed the importance of ending the Saudi blockade on Yemen as a prerequisite for lasting peace.

The UN-brokered truce between the Saudi-led coalition and the Sanaa government first came into effect in April. The truce has since been extended twice but has witnessed hundreds of monthly violations.

Furthermore, Nasrallah and Abdulsalam deliberated the current peace prepositions by the UN and Saudi Arabia, emphasizing the need to find a suitable solution to end the crisis in Yemen without compromise.

Since 2015, the relationship between Lebanon-based Hezbollah and the Yemen-based Ansarallah movement has developed into an alliance that Israel considers a threat in a new uncharted theater of operations.

In the wake of the successful attack on Saudi Aramco’s oil installations in 2019, the Israeli security establishment raised the threat level from Yemen to high.

In late August, a high-ranking Israeli security official informed  i24NEWS TV correspondent that Israel faces a credible threat from Yemen, citing an increase in technology transfer from Hezbollah to Ansarallah.

The official alleged that Hezbollah is “deceiving Israel by creating tensions on the northern front alone,” however, Israel is aware that Yemen can open an additional front against Israel during a war with Lebanon.

Additionally, Nasrallah met with the leaders of Hamas and the Palestinian Islamic Jihad movement (PIJ) leaders in Beirut on 24 and 28 August.

During the meetings, the resistance leaders discussed the recent sequence of events in the Gaza Strip and West Bank, while laying the foundation for boosting their cooperation.

Recently, Israeli media has suggested that any possible confrontation with Lebanon could eventually expand into a multi-front war that involves Yemen, but most notably Palestine and the resistance factions in Gaza.