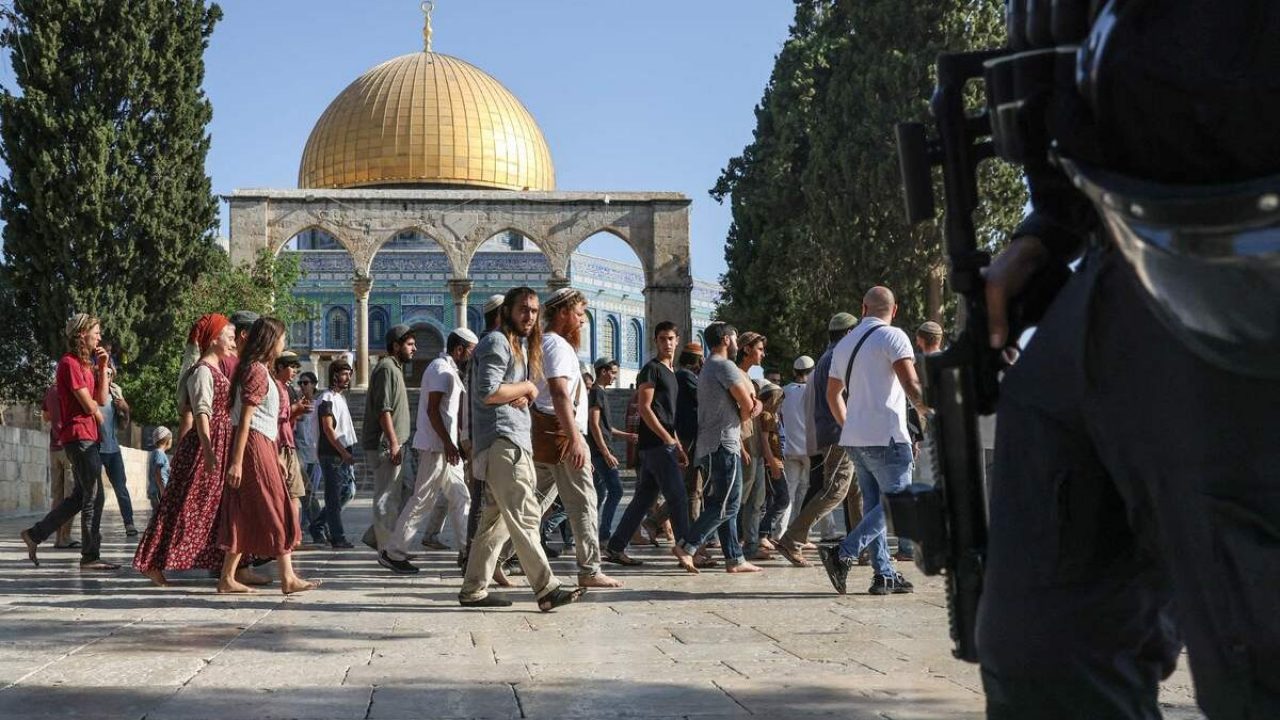 Israeli soldiers escorted dozens of extremist settlers into the courtyards of Al-Aqsa Mosque through the Mughrabi gate on the morning of 26 September, forcing Muslim worshippers out of the holy site as they performed dawn prayers.

As a result of the hostilities, at least two Palestinians needed medical attention, according to the Palestinian Red Crescent Society.

The latest breach of Al-Aqsa Mosque comes in celebration of the Jewish holiday of Rosh Hashanah, which began on Sunday.

Over the past weeks, several Jewish supremacist groups urged settlers to storm the mosque during Rosh Hashanah, while Palestinian resistance groups have said that worshippers must maintain a presence at the complex to protect it from attack.

According to the Palestinian news agency WAFA, Israel has banned over 100 Palestinians from either being at Al-Aqsa Mosque or even in Jerusalem, in order to facilitate the storming of the holy site by supremacist groups.

For its part, the Gaza-based resistance group Hamas warned of “repercussions” over these incursions. Yemeni resistance group Ansarallah also recently warned that its long-range arsenal is ready to defend Al-Aqsa and occupied East Jerusalem.

According to the far-right “Temple Mount Administration,” this is a 65 percent increase compared to the previous year.