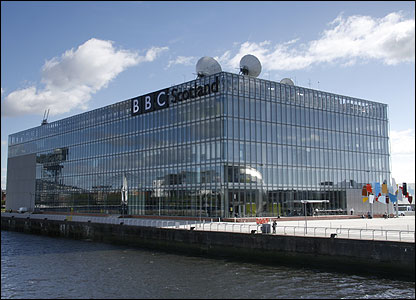 The BBC’s Executive Complaints Unit (ECU) has admitted there were “serious flaws” in a Radio 4 documentary by journalist Chloe Hadjimatheou on the alleged 2018 chemical attack in the Syrian city of Douma.

On 2 September, the UK national broadcaster issued a statement which read: “The ECU found that, although they were limited to one aspect of an investigation into a complex and hotly contested subject, these points represented a failure to meet the standard of accuracy appropriate to a program of this kind.”

The ECU statement came in response to an official complaint by Mail on Sunday columnist Peter Hitchens following last November’s broadcast of “Mayday: The Canister On The Bed.”

The documentary in question dealt with an alleged chemical attack in the city of Douma in 2018, and included an account by a former inspector with the Organization for the Prohibition of Chemical Weapons (OPCW), identified as ‘Alex’ during the program, who expressed concerns about the conclusions of the OPCW on the matter.

In 2019, ‘Alex’ teamed up with Wikileaks to expose the OPCW for allegedly doctoring a report over the Douma chlorine attack, as OPCW officials notably avoided revelations from the fact-finding mission which may point to terror groups having been behind the purported gas attack.

Many believe this was done in order to frame the Syrian government and justify missile strikes launched by the US, UK and France against the Syrian Arab Army (SAA) in April 2018.

But the complaints against the BBC documentary stem from the unsubstantiated insinuation that ‘Alex’ was motivated to go public about his doubts over the attack by the prospect of a $100,000 reward from WikiLeaks.

No such reward was ever paid, according to WikiLeaks.

BBC officials also accepted that Hadjimatheou had no evidence to justify the claim that Alex believed the attack in Douma had been staged, besides his doubts about the actions taken by his OPCW superiors.

Since 2018, Damascus has maintained that no chemical attack occurred in Douma, and that the incident had been staged by foreign intelligence agencies to pressure the government from making military progress against ISIS.

UK journalist Peter Hitchens has welcomed the ruling, saying, “It is astonishingly rare for the BBC to rule against itself. This is a huge development. I hope it represents a wider change of heart in the corporation.” He went on to add that he hopes the BBC and others will now “do some decent reporting of the scandal of what happened at the OPCW, namely the doctoring of a vital report to justify rash military action by the US, Britain and France.”