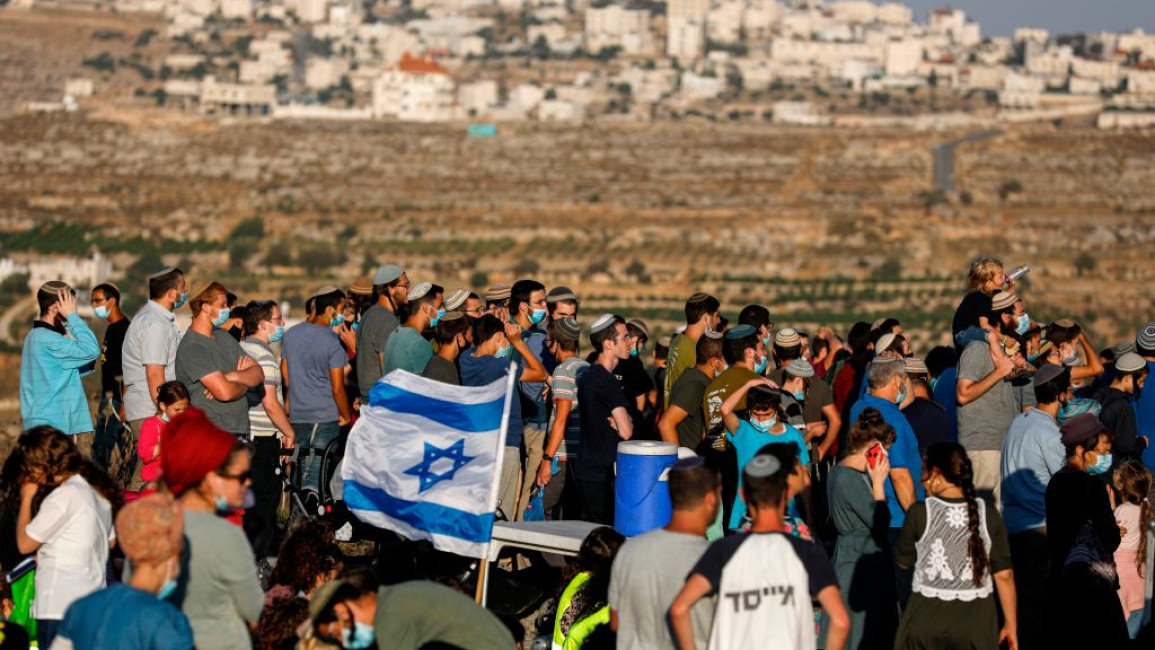 Several far-right Jewish settlers stormed the city of Hebron in the occupied West Bank on 10 October and proceeded to tear copies of the Quran, as well as burn them.

The director of the Hebron Endowment, Nidal al-Jabari, said in a press statement that “settlers tore and burned a number of Qurans, and threw them in the garbage near the Qayton Mosque … in the center of Hebron.”

Al-Jabari noted that these desecrations of the Quran and Islamic places of worship come after a series of attacks carried out by extreme settlers against the Ibrahimi Mosque and the houses surrounding it.

Israeli forces protected the settlers as they desecrated holy sites and several copies of the Quran, and prevented Palestinians from entering the squares surrounding Ibrahimi Mosque.

As this was happening, Israeli troops continued their raid of East Jerusalem, in an attempt to find the gunman responsible for killing a female Israeli soldier and critically wounding two others in a Palestinian shooting operation at the Shuafat camp checkpoint.

Palestinian Minister of Endowments and Religious Affairs, Hatem al-Bakri, said in a statement on 30 September that Israeli troops and extremist settlers have stormed and attacked 15 mosques since the start of the year.

The minister highlighted that these provocative actions come as a direct result of Tel Aviv’s policy which allows settlers to carry out violent and destructive acts with impunity, stressing that such behavior could trigger a religious war.

Last year alone, the Palestinian Authority (PA) recorded more than ten attacks on different mosques across the West Bank, as well as the damaging of several others in the Gaza Strip as a result of Israel’s aerial bombardment.

The most commonly attacked religious site in the West Bank is al-Aqsa Mosque, located in the occupied holy city of Jerusalem. The mosque’s compound is stormed on an almost daily basis by extremist settlers, who regularly carry out these raids under the heavy protection of Israeli police.

Israel has also been illegally excavating under al-Aqsa, sparking outrage across Palestine and the rest of the Muslim world.

Israel’s continuous raids in the West Bank have so far resulted in the detention of 5,000 Palestinians in 2022 alone.