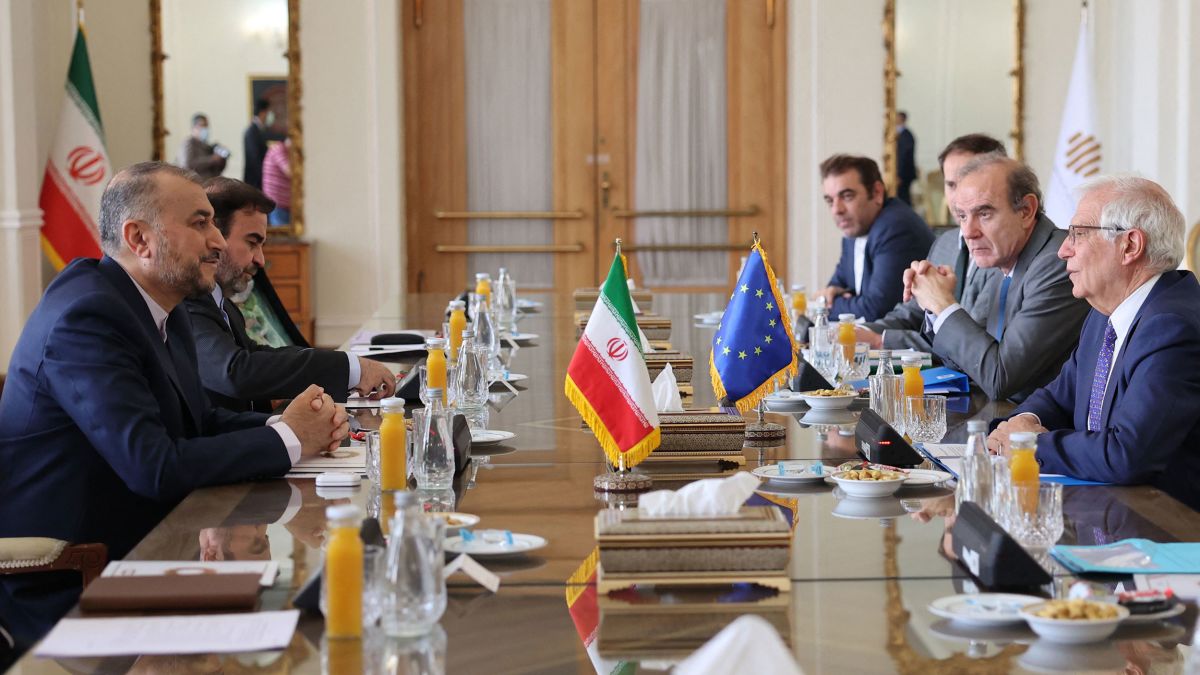 Iran has sent several letters to EU diplomats this week, warning them against issuing further sanctions on Tehran in light of its crackdown on rioters, adding that sanctions could “rupture” Europe’s ties with Iran.

Politico reported that one of the letters affirmed that if Europe fails to consider Tehran’s request, it will result in the deterioration of bilateral relations.

Iranian Ambassador to the EU Gholamhossein Dehghani reiterated that Europe’s punishment of Iran over its authorities’ approach to protesters since the death of Mahsa Amini will “bear a detrimental impact on Iran-Europe relations” which are already “at their most fragile at the moment.”

He added that the EU attempts to reframe the situation, stressing that the Iranian police are obligated to deter all forms of destabilizing activities in Iran.

Harmatullah Rafiei, chairman of the board of directors of the Iran Tour Operators Association, remarked that EU embassies have begun suspending the processing of visa applications and the issuance of new Schengen visas without official notice.

The EU is pushing for new sanctions against the Islamic Republic of Iran, with Germany leading the effort to impose new sanctions on Iran, including a proposal to freeze the assets of “those responsible for the crackdown,” as well as a ban for members of the IRGC.

A week after the death of 22-year-old Mahsa Amini, protests against the morality police across several cities in Iran turned into violent clashes between anti-government demonstrators and security forces.

The US and Canada have placed stricter sanctions on factions of the Iranian government in light of Amini’s alleged murder, such as the Islamic Iranian Guard Corps (IRGC) and the morality police.