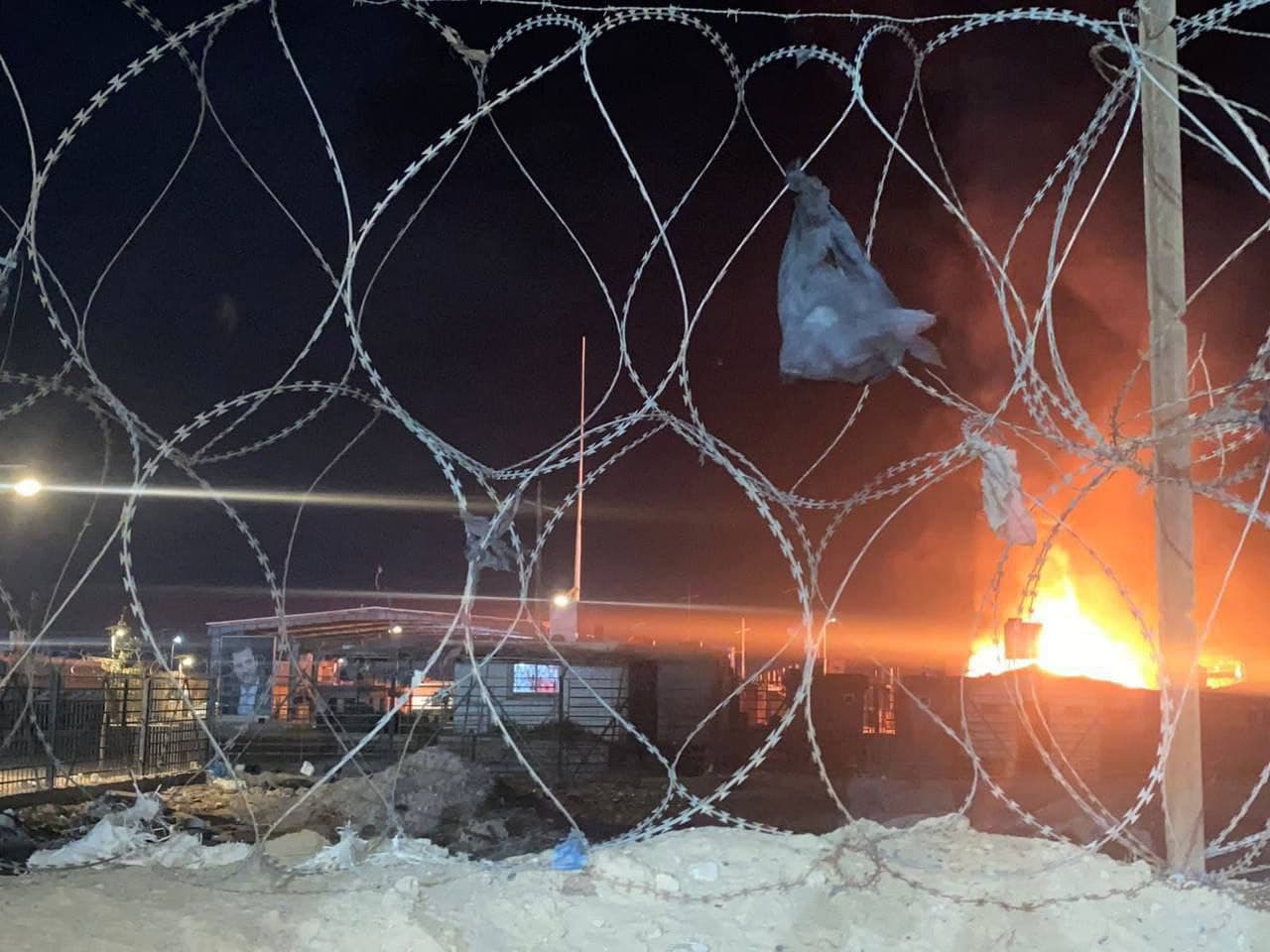 At midnight on 9 November, large explosions ripped through the outskirts of the Al Bukamal area following airstrikes launched near the Syrian-Iraqi border crossing in the eastern countryside of Deir Ezzor.

At least 15 people who were near the blast site have been confirmed dead. However, no accurate reports revealed their identities, nor whether they were servicemen, civilians, border guards, policemen, or affiliated with any local faction in the area.

However, the UK-based Syrian Observatory for Human Rights (SOHR) claimed the targeting pounded a convoy of trucks loaded with weapons and oil tanks belonging to Iran-related armed groups in the customs square area in Al-Hari village and al-Bawwabah al-Askariyah in the surroundings of Al Bukamal.

According to an Iraqi border guard official, 22 oil ships passed through Iraq, and ten trucks were targeted in the attack inside Syrian territory. He pointed out that four trucks were “completely burned,” but no injuries were immediately reported.

Meanwhile, Middle East correspondent for the BBC, Nafiseh Kohnavard, denied the news that US aircraft carried out the airstrikes, quoting a senior official in the US army operating in the east of Syria.

Tonight’s airstrikes on Al Bukamal, Iraqi-Syria border was NOT a US strike, a senior US official confirms.

Centcom is investigating the attack at the moment. There are reports of civilian casualties

Quoting Abdullah Al-Jaghifi, a member of the United Anbar Alliance, the Kurdish outlet Rudaw said “the US-led international coalition bombed a convoy carrying smuggled oil as soon as it left the Al-Qaim border crossing, towards Syria, by about 25 meters.”

At least 15 pro-Iran fighters were killed in a strike on a convoy carrying fuel along the Iraqi-Syrian border on Tuesday evening, according to a war monitor. https://t.co/o37soD90ao

The IRGC holds significant military influence in the border area between Syria and Iraq, and often targets the illegal US bases in the area, which are distributed across the western bank of the Euphrates River in the Deir Ezzor governorate.