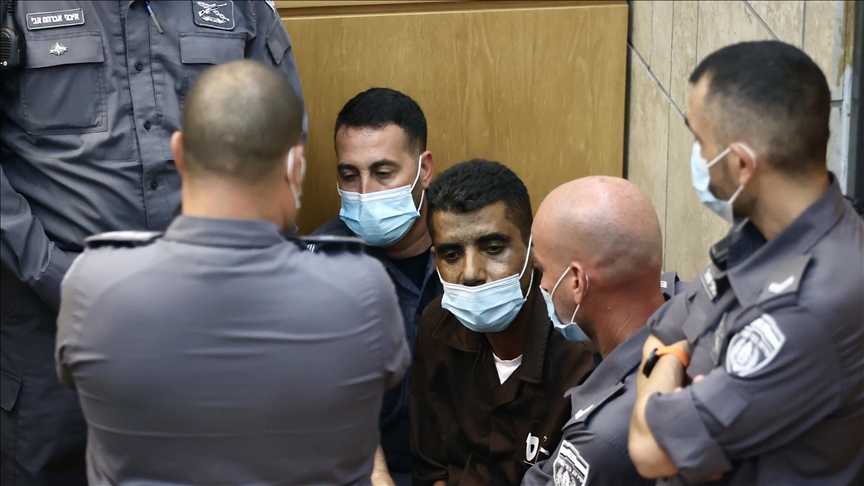 On 13 September, local Palestinian media reported that Zakaria Zubaidi, one of the six Palestinian detainees who escaped an Israeli maximum security prison last week, was transferred to a hospital where he is reportedly fighting for his life after being tortured by occupation authorities.

The news comes just two days after his capture, at which time he was reportedly beaten by Israeli security forces. On 12 September, Zubaidi’s brother took to social media to report that since then, Zakaria had been “subjected to the most extreme forms of torture,” adding that the Israelis “beat him, electrocuted him, and broke his leg.”

Palestinians have been gathering in Jenin in the occupied West Bank to show their support for Zubaidi and condemn the acts of occupation authorities.

Before these latest reports, Palestinian resistance movement Hamas said occupation authorities would be held responsible for any harm done to the captured escapees.

Zubaidi, along with five other Palestinian prisoners, escaped from the maximum security Gilboa prison in northern Israel on 6 September. Last weekend, however, he and three other inmates were found and caught by Israeli forces.

His defense lawyer, Avigdor Feldman, had also asked the court to transfer Zubaidi to a hospital for treatment, saying officers hid Zubaidi’s face from cameras during Saturday’s court session to prevent his injuries from being seen.

According to an exclusive report by The Cradle, the former commander of the Al-Aqsa Martyrs Brigades, Zubaidi had a long history of armed resistance. But while he was given amnesty at the close of the second intifada in 2002 after Operation Defensive Wall was concluded and was then forced to undergo a “rehabilitation process,” he was re-arrested in 2019 for shooting at illegal Israeli settlements in the West Bank.

Since last week’s daring escape, Palestinians across the occupied territories have been gathering to show their support for the detainees and to condemn Israeli violence. In response, occupation authorities have bombed the Gaza Strip multiple times over the past few days after raiding dozens of homes and arresting relatives of the escapees.