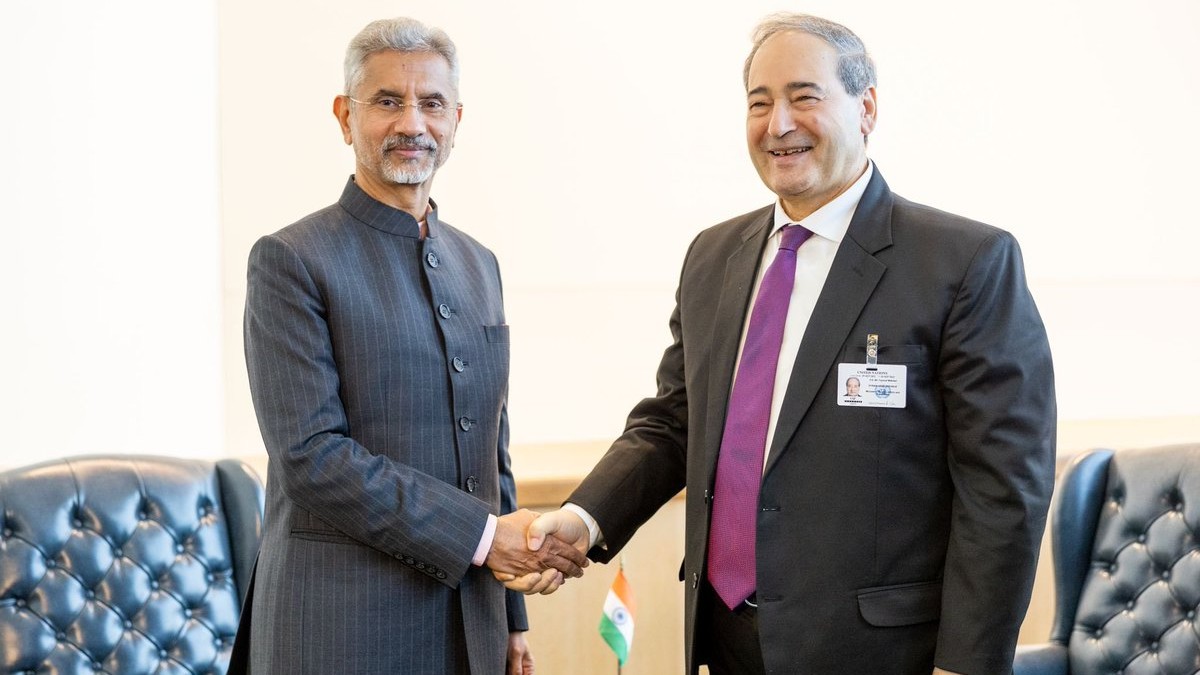 Syrian Foreign Minister Faysal Mikdad met with his Indian counterpart Subrahmanyam Jaishankar during a first-time visit to India on 17 November, to strengthen bilateral cooperation between Damascus and New Delhi, in another move to revive Syria’s ties with other countries.

Warm welcome to FM Fayssal Mekdad of Syria on his maiden visit to India.

According to an article in the Hindustan Times, Syria’s foreign minister hailed the strong ties between Syria and India, further adding that ever since Syrian President Bashar al-Assad’s visit to India in 2008, there has been cooperation between the two countries in the fields of economy, politics, and culture.

Mikdad reiterated that Syria has praised India for respecting and supporting its sovereignty, and for rejecting the foreign interference in the Syrian conflict that began in 2011.

In recent months, Syria has begun a rapprochement process with some of its neighbors following the 2011 war. This also includes Turkey, which is still occupying large areas of northern Syria.

On the same day, Turkish President Recep Tayyip Erdogan announced that Turkey would reconsider its relationship with Syria after the June 2023 elections.

In September, Bahrain expressed its full support for “Syria’s sovereignty and stability,” following a meeting between the two countries’ respective foreign ministers, on the sidelines of the 77th session of the United Nations General Assembly (UNGA).

The Foreign Minister of Bahrain, Abdullatif bin Rashid Al Zayani met with Faysal for a bilateral meeting, as both, Bahrain and Syria, seek a normalization of ties.

Last year, on 30 December 2021, Bahrain officially restored its relations with Syria, appointing an ambassador to Syria for the first time in a decade. Manama announced its plans to reopen the embassy in 2018.

At the start of the western-backed war, Gulf countries severed ties with Damascus and backed armed groups seeking to overthrow President Bashar al-Assad’s government. Syria was also expelled from the Arab League in 2011.

However, since last year, several regional states, including Egypt, Jordan, the UAE, Oman, Turkey, and Bahrain, have moved to rekindle ties with Damascus.