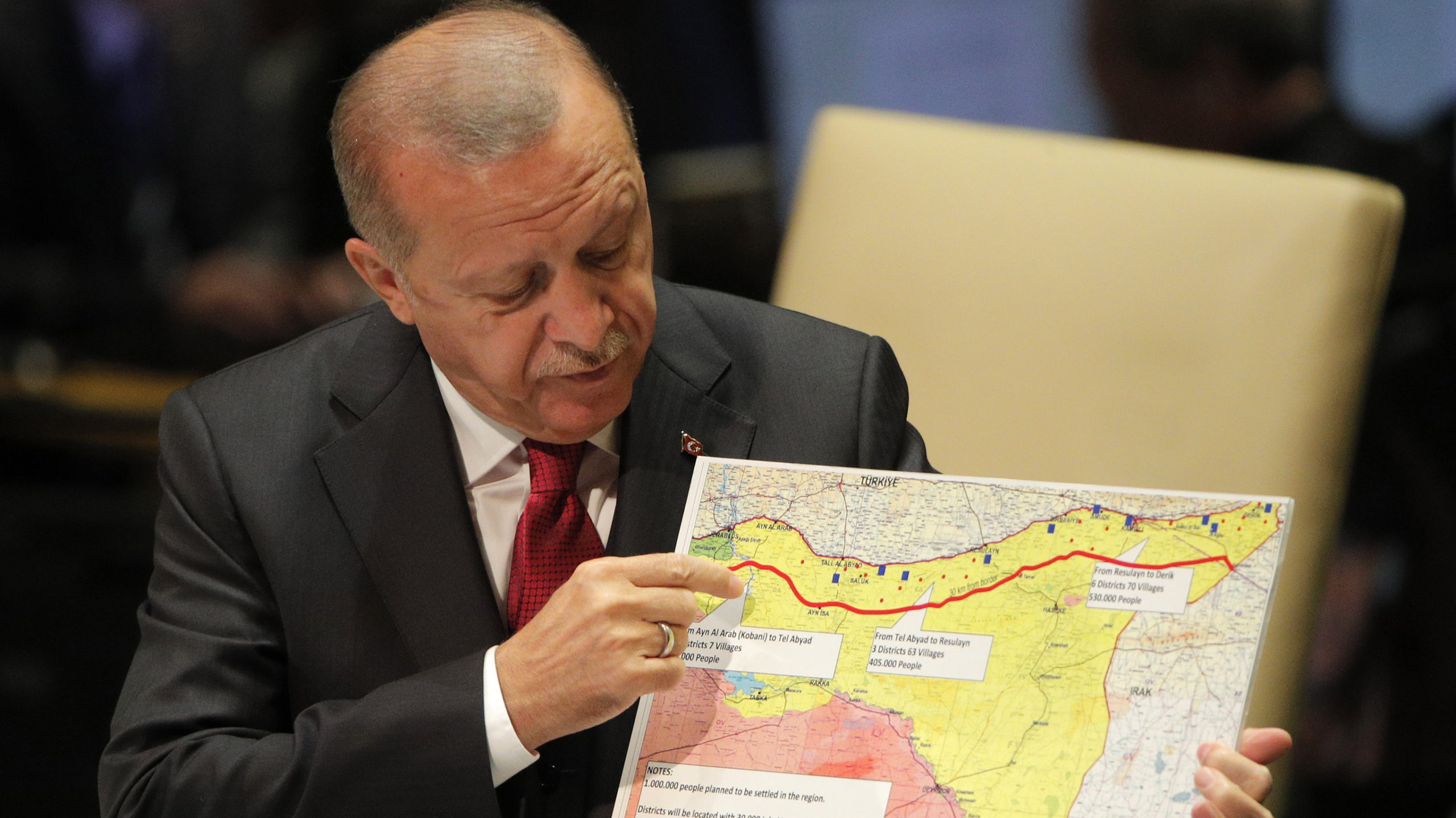 Turkish President Recep Tayyip Erdogan announced on 21 November that Ankara’s military operation in Iraq and Syria – which came in response to the deadly Istanbul blast – is ongoing and may involve the participation of ground troops.

“45 targets were destroyed in northern Iraq, and 44 targets in Syria … 70 fighters participated in the successful military operation,” Erdogan said, adding that the Kurdish “terrorist organizations” are aware that Turkey will strike them “at any time and without warning.”

“The operation in northern Syria and Iraq is not limited to the air campaign, and discussions will take place regarding the participation of ground forces … the size of the ground force that will participate in the operation will be determined by the armed forces at the time,” he was quoted by Turkish media as saying.

Just yesterday and the day before, Ankara launched over a dozen airstrikes against Kurdish positions in northern Syria, killing several members of the US-backed Syrian Democratic Forces (SDF) and the Syrian Arab Army (SAA) as part of its retaliatory attacks dubbed “Operation Claw-Sword.”

This came just a day after Ankara announced the ‘neutralization’ of a Kurdistan Workers’ Party (PKK) cell in northern Iraq on 18 November.

Following the explosion in Istanbul on 13 November, which killed six people and wounded dozens of others, Ankara quickly blamed the PKK and its affiliate in Syria, the Peoples Protection Units (YPG), which is militarily aligned with the SDF.

The Turkish army is already carrying out an ongoing operation in both Iraq and Syria, as part of “Operation Claw-Lock,” which centers around the confrontation of Kurdish militants near Turkey’s borders. The operation is a clear violation of both Syrian and Iraqi sovereignty and has been condemned strongly by both Baghdad and Damascus on several occasions.

In light of the alleged connection between the Istanbul bombing and the PKK, Turkey’s anti-Kurdish operations in Iraq and Syria are expected to increase significantly in what can be considered an expansion of “Operation Claw-Lock.”