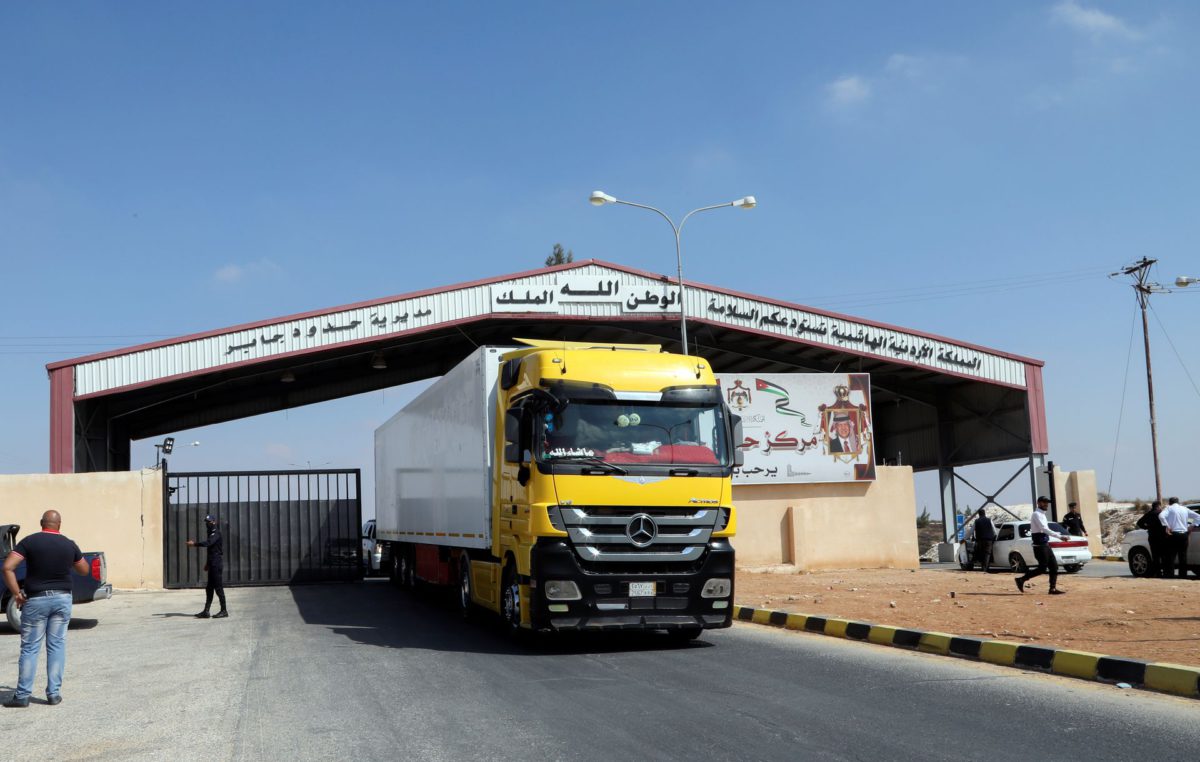 On 29 September, Jordan fully reopened its main border crossing with Syria in a bid to resume economic relations with its neighbor.

Jordanian officials made the announcement at the end of a two-day ministerial meeting held in Amman with Syrian authorities, during which the two sides discussed strengthening cooperation on trade, transport, energy and agriculture.

The kingdom’s authorities said the reopening of the Jaber–Nassib border crossing is a result of the recent push by Damascus to take back control of former opposition strongholds in Deraa governorate.

“The security situation is now stable on the Syrian side and we hope it remains stable,” Colonel Moayad Al Zubi, the Jordanian head of Jaber crossing, told reporters.

The news comes on the heels of an announcement by the country’s flag carrier airline, Royal Jordanian Airlines, saying it will resume direct flights to Damascus for the first time in nearly a decade.

“The aim of these understandings is to boost trade exchange between the two countries to achieve the interests of every party,” Jordanian Trade and Industry Minister Maha Al Ali said on 28 September.

The Jaber–Nassib crossing was initially meant to be reopened last month before clashes broke out between armed militants and the Syrian Arab Army (SAA) near the Jordanian border.

Since then, the SAA has managed to quell the violence and has returned stability to the region.

Before the war in Syria began, the Jaber–Nassib border crossing saw hundreds of trucks a day transporting billions of dollars worth of goods from Jordan to Europe, Turkey and the Persian Gulf.

Jordan’s latest steps to resume economic relations with Syria comes as part of a renewed push by Arab nations to stabilize relations with the war-torn country, despite severe US sanctions.

In 2019, US lawmakers passed the so-called Caesar Act which imposes harsh sanctions on Damascus and prohibited foreign companies from trading with the government.