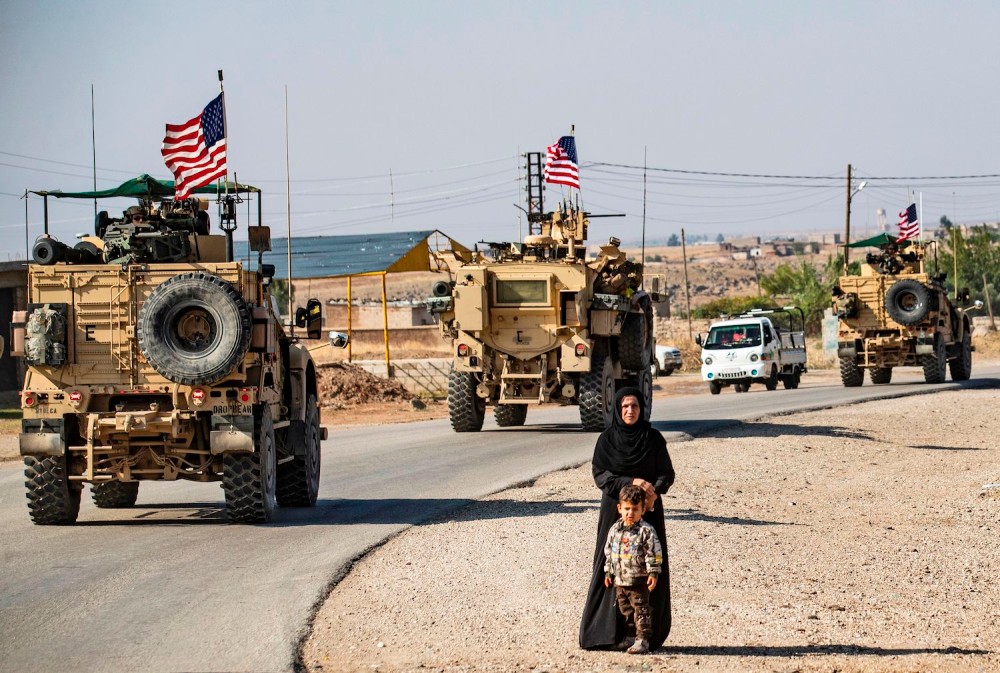 US troops on patrol in the north-eastern Syrian town of Qahtaniyah. (Photo credit: DELIL SOULEIMAN/AFP VIA GETTY IMAGES)

Local sources in Syria’s Al-Hasakah governorate reported on 30 September that an illegal US military base in the region was targeted by a rocket attack.

Reports suggest that Arab tribesmen living in the region were behind the attack. No casualties or injuries have been reported.

According to the White House, roughly 900 US troops are currently stationed in Syria’s oil-rich regions, allegedly providing ‘support’ for the so-called Syrian Democratic Forces (SDF).

However, the US troops are often seen stealing Syrian oil and wheat from the war-torn nation, with convoys of dozens of trucks smuggling the stolen goods into Iraq on an almost weekly basis.

Attacks against US troops illegally stationed in Syria have been on the rise in recent months. Back in June, both the US-occupied Al-Omar oil field in Deir Ezzor and a US base near the oil field was hit by similar rocket attacks, injuring several US and SDF soldiers.

The anger against US military presence on Syrian soil also stems from the fact that the US troops often provide support for ISIS fighters.

Most recently, the US was accused of transporting at least 40 ISIS fighters from a Kurdish-run prison to an illegal base in Ash Shaddadi in north-eastern Syria, allegedly to use them “for their own purposes” in the region.

US troops are also known to target anti-terror fighters, most recently arresting at least 300 members of the Al-Shaitat tribe who have been instrumental in the fight against ISIS in northern Syria.