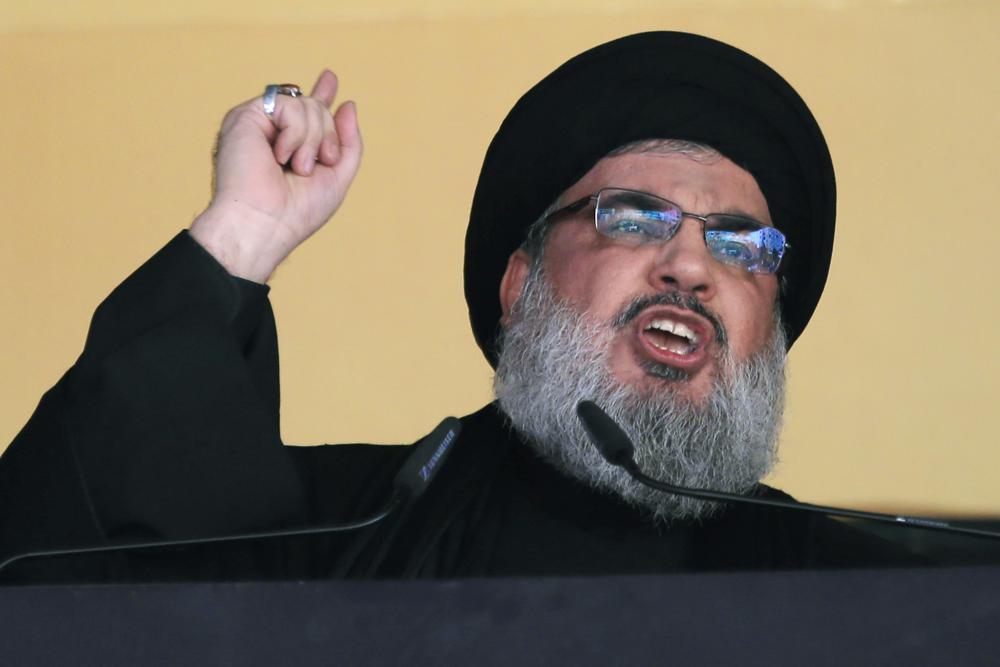 During a televised speech on 18 October, Hezbollah Secretary General Hassan Nasrallah accused Samir Geagea, the leader of the far-right Lebanese Forces (LF) party, of trying to incite a new civil war in Lebanon.

These were Nasrallah’s first public comments since the massacre in the Tayouneh neighborhood of Beirut on 14 October, which saw far-right extremists, as well as the armed forces, kill seven peaceful protesters affiliated with Shia resistance movements.

“The head of [the LF] is trying to create an imaginary enemy for our neighbors and to keep Christians worried about their presence,” Nasrallah said, adding that “the aim of creating this unease is to present [the LF] itself as the main defender of Christians.”

Instead, Nasrallah called the LF “the biggest threat to Christians in Lebanon and to the security of the Christian community,” warning that the far-right party is still working to create a Christian-only canton “which it would dominate, and in which there is no place for anyone else.”

Nasrallah highlighted the fact that the LF sided with terror groups in Iraq and Syria, while Hezbollah fighters fought on the side of Christians.

“The [LF] is a threat because it has allied itself with ISIS and the Al-Nusra Front,” and “those who abandoned Christians in Iraq are the Wahhabi terrorist groups that were run by Saudi Arabia.”

“If ISIS and Al-Nusra had won, no Christian would have remained in Syria before they moved to Lebanon,” Nasrallah said, noting that “the alliance of the head of the [LF] with ISIS and Al-Nusra was an extremely grave threat to Syria and Lebanon.”

Later on in his speech, the resistance leader said that following last week’s violence, it has become apparent that the LF has a militia at the ready, allegedly to serve the interests of the west.

“The apparent weaponization, training and structures confirm that there is a fighting militia,” Nasrallah said, and that “this party is interested in a military clash and civil war because it serves it external elements.”

Nasrallah also disclosed for the first time that Hezbollah counts within its ranks 100,000 “battle-hardened” fighters, a figure larger than that of the Lebanese Armed Forces (LAF), which is estimated to be about 85,000 strong.

“Take note that Hezbollah’s military structure alone has 100,000 fighters… These fighters did not prepare themselves for a civil war, but to defend our country against its enemies,” the resistance leader said.

Nasrallah also said that the disclosure of the number of Hezbollah fighters was a decision made to “prevent civil war, not to threaten it.”

The Hezbollah leader went on to warn LF leader Samir Geagea not to “miscalculate” his strength and abilities, even ordering him to “behave.”

“Be wise and be polite and take a lesson from all your (failed) wars and all our (victorious) wars,” Nasrallah said.

The Hezbollah leader then announced that the resistance movement will not rest until the perpetrators of last week’s massacre are brought to justice. The perpetrators also include a Lebanese army soldier who was caught on video killing at least one of the victims.

“We want to know whether the soldier who shot at civilian demonstrators acted unilaterally or on orders,” Nasrallah said, who also emphasized that the LAF is “the only guarantee for Lebanon’s survival and unity.”

Finally, he announced that “within days,” 18 detainees will be tried in relation to the Tayouneh massacre.

“We do not leave the blood of our martyrs on the ground,” Nasrallah stated, and so “the right outcome for the martyrs of the Tayouneh massacre is to hold the murderers accountable.”