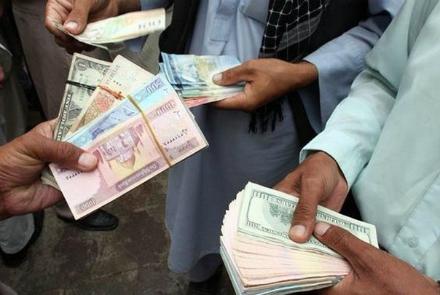 On 2 November the Taliban announced they were banning the use of all foreign currencies in Afghanistan in an attempt to bolster the local currency in the months after the US withdrawal from the country.

A statement posted online by Deputy Minister of Information and Culture Zabihullah Mujahid reads: “The Islamic Emirate instructs all citizens, shopkeepers, traders, businessmen and the general public to … conduct all transactions in Afghanis and strictly refrain from using foreign currency.”

The statement added that those violating the order will face legal action.

The use of US dollars is a common practice in Afghanistan’s markets, while in border areas, citizens often use the currency of neighboring countries, such as Pakistan, for trade.

As the value of the local currency has fallen to its lowest point in over 20 years, the move will allegedly help bolster its value. However, it also risks plunging the country into further economic turmoil.

Following the chaotic withdrawal of US troops from Kabul back in August, Washington has pushed for Afghanistan to be cut off from its foreign reserves.

Specifically, they have blocked the country from accessing nearly $10 billion in funds held within the US. They also pushed the International Monetary Fund (IMF) to block the Taliban from accessing hundreds of millions in emergency COVID-19 relief funds.