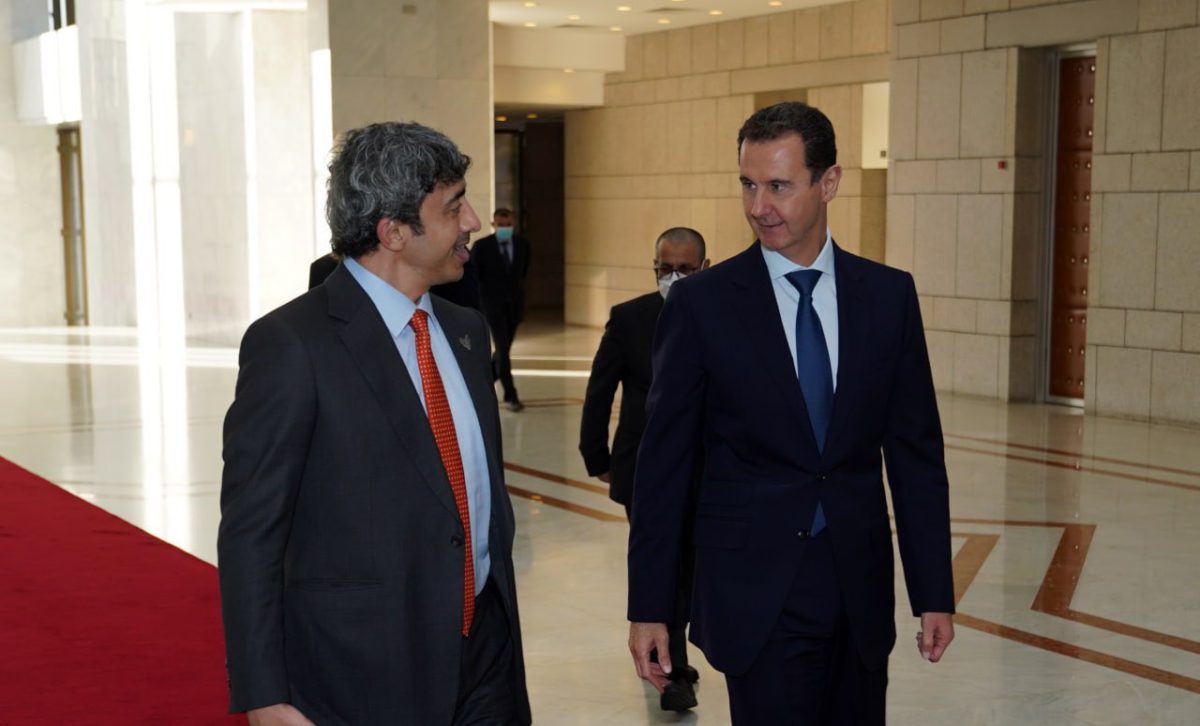 On 9 November, the UAE Foreign Minister, Abdullah Bin Zayed Al-Nahyan, arrived in the Syrian capital Damascus for the first visit of an Emirati official to the country since the start of the western-backed war in 2011.

Upon his arrival, Bin Zayed met with Syrian President Bashar Assad to discuss bilateral ties and commercial partnerships, according to a statement released by the Syrian presidency.

“Sheikh Abdullah stressed the UAE’s support for efforts for stability in Syria … expressing his confidence that Syria, under the leadership of President Assad, and the efforts of its people are able to overcome the challenges caused by the war,” the statement read.

Earlier, Arabic media reported that the UAE official traveled with a “large Gulf delegation” to the Syrian capital.

This latest thawing of relations between the Syrian government and the Gulf States comes just a month after Abu Dhabi announced it had agreed with Damascus to “enhance trade and economic cooperation,” following a meeting between the economy ministers of both countries on the sidelines of the Dubai Expo 2020.

While the UAE had previously supported western-backed armed groups that sought to overthrow the Syrian government, in recent years, the country has been at the forefront of normalizing ties with Damascus, and earlier this year it called for Syria to be re-admitted to the Arab League.

Jordan has also been pushing to bring Syria back into the regional fold. Last month, President Assad called King Abdullah II for the first time since 2011, and the two countries have reopened a major border crossing between them.