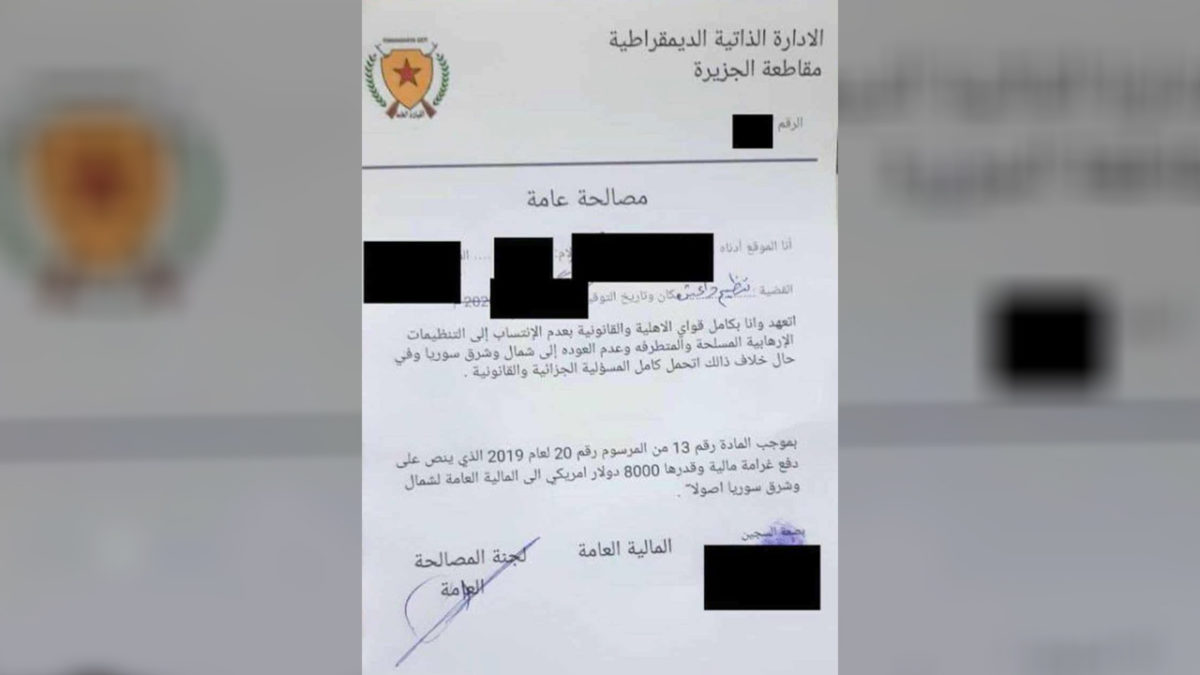 Inmates signing the form pledge ‘not to join any armed and extremist terrorist organizations' and to ‘pay 8,000 US dollars fine to the Public Finance department’

The London-based Syrian Observatory for Human Rights (SOHR) released a report on 26 November announcing that the US-backed, Kurdish-majority Syrian Democratic Forces (SDF) is set to release more than 850 ISIS suspects and members from prisons in the areas it occupies.

The report, revealed by the London-based daily The Guardian, claims that the US-backed Kurdish-led forces administering northeastern Syrian prisons that hold about 10,000 men with alleged links to Islamic State, are releasing the prisoners in exchange for money.

Of the 10,000 detainees in custody, 8,000 are Syrian and Iraqi men suspected or identified as being ISIS members, with 2,000 more foreign fighters active with the terror groups and affiliates. They are currently being held in one of three US-backed SDF-administered prisons in northeastern Syria.

According to interviews with two former prisoners, as well as documents received and reported on by The Guardian, the prisoners are being released in exchange for about $8,000 per person paid out to the Kurdish-majority administrated zone under a “reconciliation” scheme.

Prisoners have also reported torture and abuse by the SDF administrators of the prison, according to the report.

US occupation vehicles have been passing through northeast Syria as of late, where many are intercepted by Syrian villagers in these regional towns and villages, or by the Syrian army.

Last year, the US, which is allied with the SDF and coordinates closely with them in northeastern Syria, recommended the release of what they considered ‘low-level’ ISIS prisoners in the SDF-administered jails.

The SDF has claimed that The Guardian report was false.