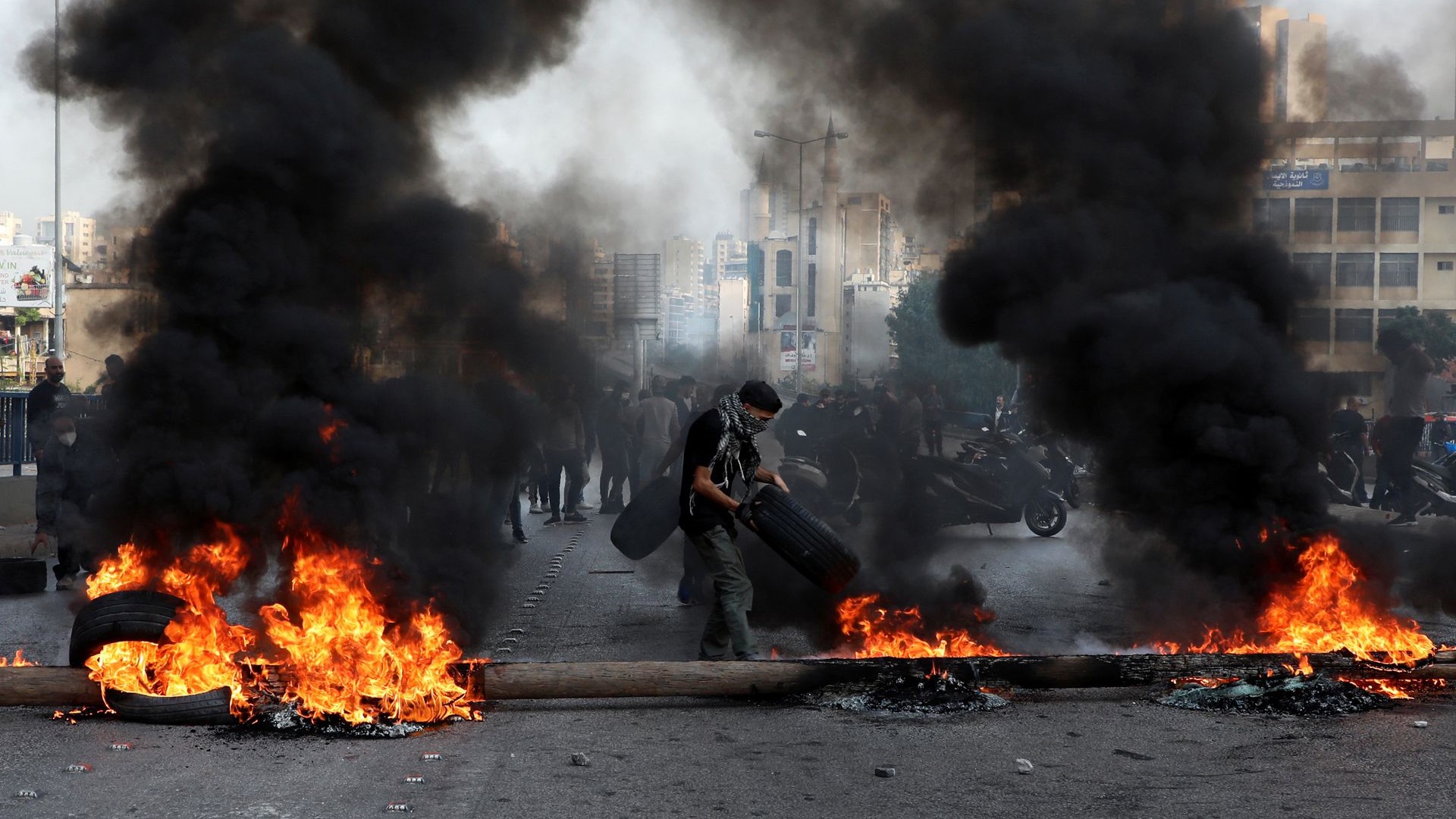 Demonstrators block a road with burning tires during a protest on the back of the continuing deterioration of living conditions, in Beirut, Lebanon. 29 November, 2021. (Photo credit: REUTERS/Mohamed Azakir)

Several roadblocks were set up on major roadways across Lebanon on 29 November in protest at the current economic meltdown just days after the Lebanese currency plummeted to a historic low.

The mobilizations saw dozens of protesters in major cities such as Beirut, Saida, Tripoli, and Sur shutdown highways and intersections with their vehicles while also setting fire to tires.

In Saida, exchange offices were forced shut by demonstrators angered at their role in currency manipulation.

According to sources, the roadblocks began at 6am and continued into the mid-afternoon before the army was deployed to clear the blockades.

Protesters called on the government to control the value of the Lebanese Lira, which over the past week has plunged to a historic exchange rate of about 25,000 Liras to the US dollar.

Since 2019 the Lebanese currency has lost about 90 percent of its value. According to UN estimates, four out of five people in the country now live below the poverty line.

The demonstrations were sparked by the ongoing deterioration of living conditions in Lebanon and also due to the partial lifting of medicine subsidies.

Since the Lebanese Central Bank announced it was putting an end to fuel subsidies back in August, prices of petrol have been steadily rising, now over ten times more expensive in Lebanese Lira than they had prior to the beginning of the currency slump in late 2019.

On top of this, since 16 November Lebanon’s Ministry of Public Health began lifting most drug subsidies, causing the price of medication to skyrocket across the crisis-hit nation.