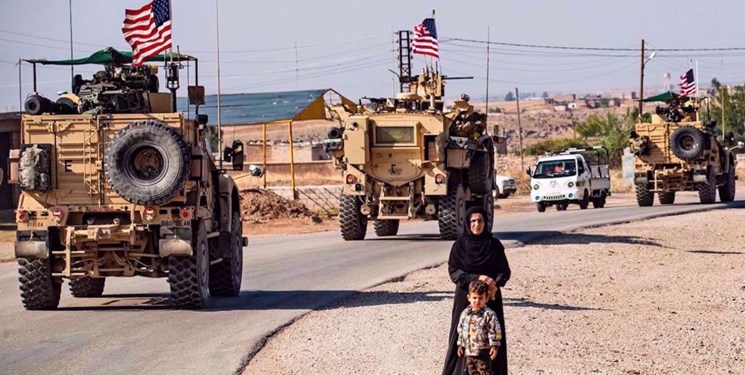 Local sources in Syria’s Hasakah governorate reported on 1 December that two trucks carrying logistic materials to support the US occupation’s bases were destroyed in an explosion at the illegitimate Semalka crossing in the Al-Malikiya area.

However, as a result of the security cordon placed around the incident area, the sources said there is no available information on whether any of the occupation forces were injured.

In a similar incident, a US military base at Kharab al-Jeer Airport in Hasakah countryside was targeted by several missiles on 23 November.

The continued illegal presence of US troops in northern Syria has caused widespread anger among the local population, who have taken it upon themselves to stop US convoys from illegally entering government-controlled areas.

Over recent years, US troops and their allies in Syria have doubled down on plundering the respurce-rich northern regions, smuggling hundreds of trucks filled with everything from oil to livestock and crops out of the war-torn nation.

Washington claims that their presence in northeastern Syria aims to prevent the region’s abundant oil fields from falling into the hands of the ISIS fighters. But reports over the years indicate US troops often provide aid to ISIS, as seen most recently when US choppers were caught red-handed transporting the militants across Iraq.