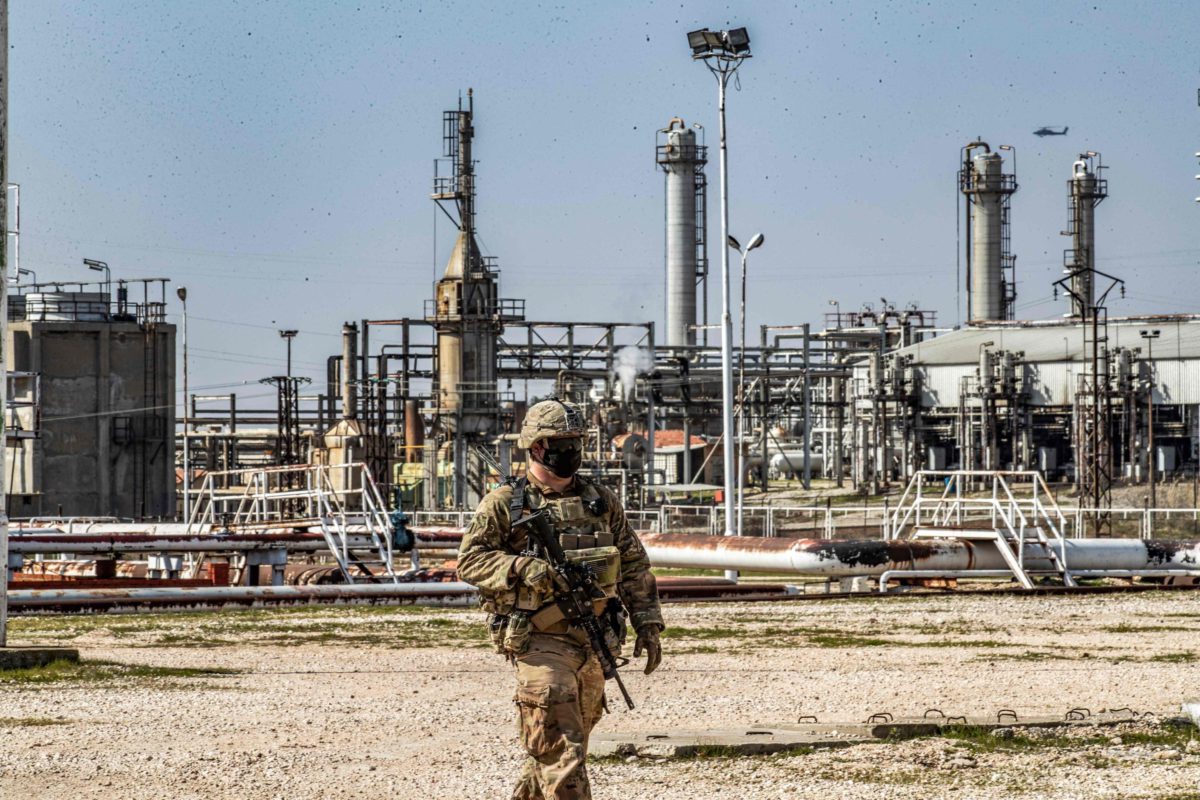 File photo. A US soldier patrolling outside an oil installation in Syria's Al-Hasakah governorate on 13 February 2021. (Photo credit: AFP)

The governments of Russia, Iran and Turkey on 22 December condemned the continued theft of Syrian oil by the United States and the militias it supports in Syria.

In a joint communique released at the end of the 17th Astana format meeting on Syria, the three countries reaffirmed their opposition to the theft of Syrian oil and and its illegal transfer by US-backed armed groups fighting against the Syrian government.

The communique said that Syrian oil and the revenue it generates belongs to the Syrian people, and should therefore be managed by the legitimate government of the country and not by any foreign country or armed group.

The Syrian government has on numerous occasions accused the US government of using its illegal occupation of the country to steal its resources of oil. The majority of Syria’s oil resources are in areas under the control of the US occupation and the militias it backs.

In March 2021, Syrian Oil Minister Bassam Touma said the damage caused by the US occupation to the Syrian oil sector stood at more  than $92 billion. ”The US and their allies are targeting the Syrian oil wealth and its tankers just like pirates,” Touma said.

On 17 December, a convoy of 90 tankers escorted by the US military smuggled stolen Syrian oil to Iraq through the illegal Al-Walid border post.

The US claims that it is not in Syria for oil but to ”secure the oil fields from falling into the hands of ISIS.”

However, despite these denials, there is much evidence that proves otherwise. In August 2020, the US state department made a deal with a politically connected oil company, Delta Crescent Energy, to develop oil fields alongside a US-backed militia in Syria’s Al-Hasakah governorate.

In 2019, during a press conference, then US president Donald Trump said US forces were staying in Syria to ”secure the oil” and that the US would put up ”a hell of a fight”  to ensure that it maintains its control of the Syrian oil.