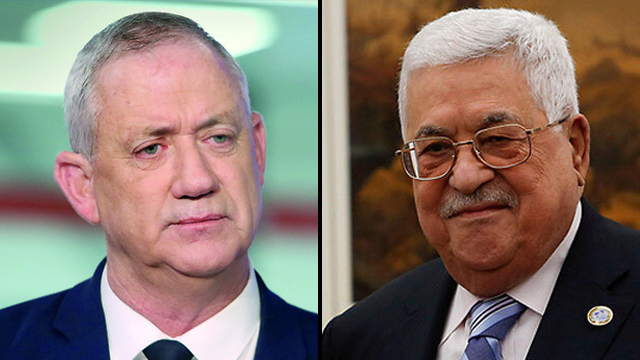 According to a statement released by the Israeli Defense Ministry a day after the meeting, Gantz agreed upon a number of “assistance measures” with the PA, including paying $32 million in taxes that Israel collects from the West Bank authority and the approval of more than 600 permits for Palestinians that do business in the Israeli territory.

The PA’s close intelligence and police coordination with Israel as well as its crackdown on Palestinians in the West Bank and widespread corruption have greatly damaged its popularity, with a June 2021 poll showing that nearly 80 percent of Palestinians favor the resignation of Abbas.

Palestinian resistance factions were quick to condemn visit of Abbas to the home of Gantz, saying the move would “deepen Palestinian political divisions.”

“This meeting coincided with the settlers’ attack on our people in the West Bank, which increases the severity of the PA leadership’s crime, and constitutes a [blow] at the intifada in the occupied West Bank,” the spokesperson for Palestinian resistance movement Hamas, Hazem Qassem, said via Twitter.

Gantz had previously visited Abbas at the headquarters of the PA in late August, where he had offered the Palestinian official $150 million in loans. The Israeli official also signaled his willingness to cooperate with the PA against Hamas, including in upcoming elections.

The Fatah party, which includes the PA, made marginal gains following a first round of Palestinian municipal elections held on 11 December in a number of rural West Bank localities.

According to a pre-election survey by the Palestinian Center for Policy and Survey Research (PSR), Fatah enjoys more support in rural areas than Hamas. However, the report highlighted that the party “remains unable to win in the second phase of the local elections, which will take place mostly in cities and big towns.”

Hamas, which controls the Gaza Strip, announced their boycott of the ballots earlier this year after the PA announced their decision to indefinitely delay presidential and parliamentary elections.

In response to the decision, Hamas called it a “coup against national partnership and conciliation” and insisted that polls at the national level be held, as the PA has been ruling the West Bank by decree for over a decade.

No legislative or presidential election has been held in the occupied Palestinian territories for 15 years, in a move seen by many as a cover-up to hide Fatah’s dwindling support.