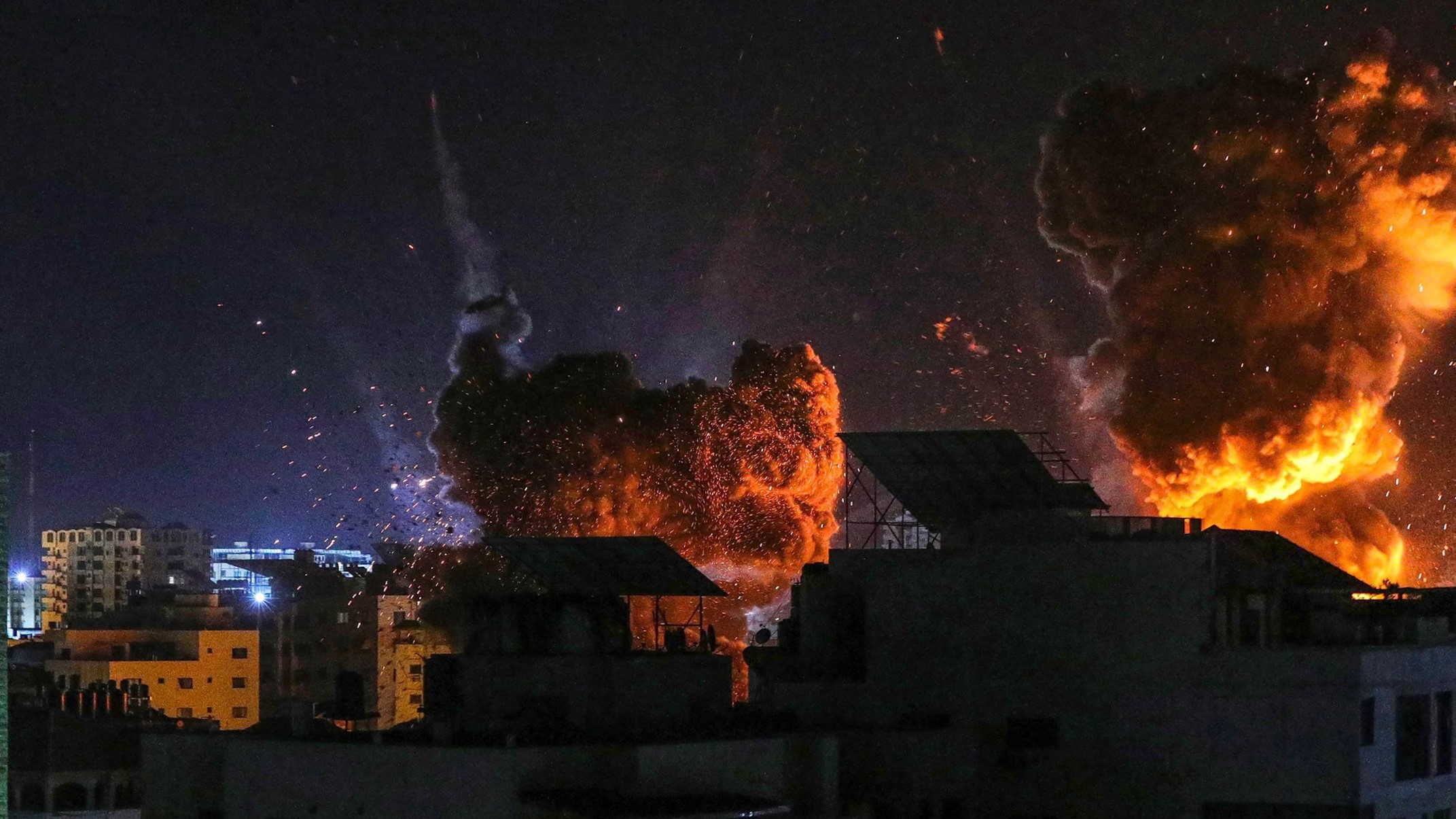 Fire and smoke rise above the occupied Gaza Strip after Israeli warplanes carpet bombed the enclave on 18 May, 2021. (Photo credit: Getty Images)

Early in the morning of 2 January, Israel launched several artillery and airstrikes on the occupied Gaza Strip, an area commonly considered to be the world’s largest open air prison.

No casualties or injuries have been reported so far.

According to local sources, the Israeli warplanes targeted a site in Khan Yunis, south of Gaza, with eight missiles. They also launched attacks on three agricultural lands and a monitoring point in northern Gaza.

The attack on the besieged enclave, which is home to over two million Palestinians, reportedly came in response to the inadvertent firing of two rockets launched from the Gaza Strip early on 1 January that landed off the coast of Tel Aviv.

According to Palestinian resistance factions in Gaza, the rockets misfired due to “weather conditions,” adding that the launch had not been an intentional action against Israel.

Regardless of their statement, Israeli officials vowed later in the day that the military would respond.

“There will be a response. This is a serious and unacceptable event. The last word has not been said,” a defense official told Hebrew media.

For their part, Hamas reportedly told Egyptian officials, who are mediating talks between the group and Tel Aviv, that if Israel strikes in Gaza it would lead to a response.

Earlier in the day, the Palestinian Islamic Jihad (PIJ) raised its level of alert, and evacuated bases in Gaza, anticipating the aggression of the occupation forces.

According to Al Mayadeen, the military wing of the PIJ had earlier received instructions to be ready to retaliate against Israel in the event of the death of a Palestinian prisoner who is on hunger strike.

Hisham Abu Hawash, a Palestinian from the small town of Dura, near Hebron, has been on a hunger strike in protest of his detention by Israel for 137 days.