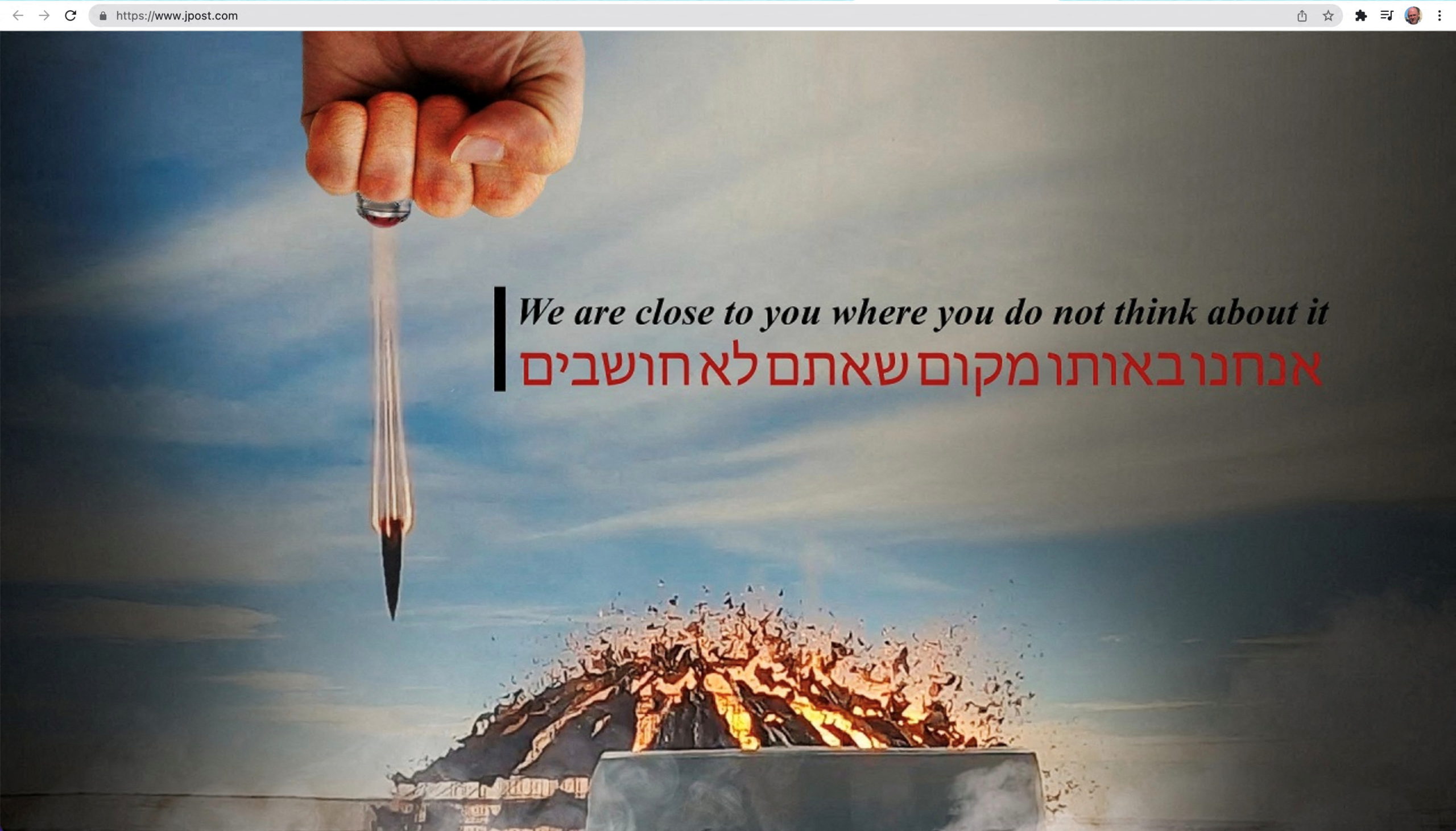 Hackers have attacked the websites and Twitter accounts of two Israeli newspapers. The website of the Jerusalem Post was the first to be targeted on 3 January; and a while later, the Twitter account of Maariv, a Hebrew language newspaper was also attacked.

The website and Twitter account of the Jerusalem Post and Maariv newspapers, respectively, showed an image of a missile being fired from a red ring towards a target that resembled an Israeli nuclear facility in Dimona.

The image was accompanied by a note saying “we are close to you where you don’t think about it,” presumably meaning ‘we are closer than you think.’

The ring in the image is similar to the iconic ring worn by the assassinated Commander Qassem Soleimani of Iran’s Islamic Revolutionary Guard Corps’ Quds Brigade.

This incident comes on the second anniversary of the assassination of Commander Soleimani and Iraq’s Popular Mobilization Units (PMU) Commander Abu Mahdi al-Muhandis.

On 29 December, the deputy head of the Judiciary of Iran said an investigation has revealed that six countries including three from West Asia were involved in the assassination of the two military commanders. Israel and the US are believed to have played a leading role in planning and carrying out the crime.

According to the statement by Iranian authorities, former US president Trump is on the list of 125 individuals who have been identified as having orchestrated the assassination.

Various mobilizations have been taking place across West Asia to mark the anniversary of the assassination of the two military leaders.

On the first day of January, thousands of people in the Iraqi capital Baghdad took to the streets to commemorate the anniversary and to demand the withdrawal of US troops from the country.

In an address to the gathering, the leader of the Fatah Alliance Hadi al-Ameri said the best way to honor the memory of the two leaders is to ensure that all foreign forces leave Iraq.