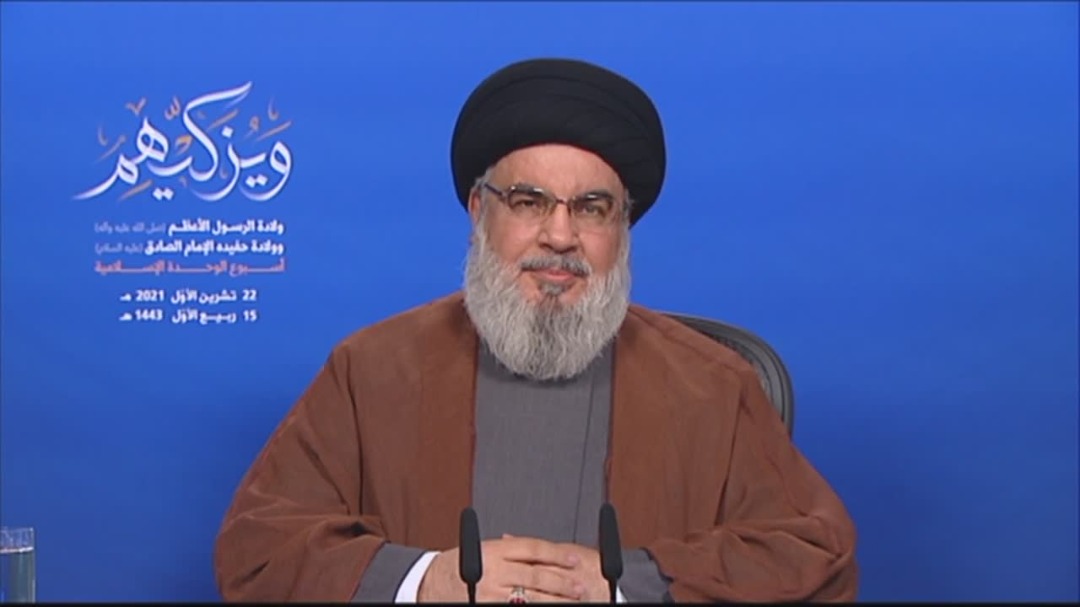 During a televised speech on 3 January, marking the anniversary of the assassination of Iranian General Qassem Soleimani and Iraqi Commander Abu Mahdi al-Muhandis, Sayyed Hassan Nasrallah  said the two men went to war with terrorists that the US had created, in order to protect Iraq from US attempts to devastate the country.

“Iran was the first country to stand by the Iraqi people. Shouldn’t there be a difference between the US and Iran?” the Secretary General of the Lebanese resistance movement Hezbollah asked during his speech.

Sayyed Hassan Nasrallah then described how “ignoring the presence of US troops in Iraq is the new ‘assassination’ of Soleimani and Al-Muhandis, and that the US “must leave the region.”

Nasrallah spoke about Washington’s creation of ISIS and how the US facilitated the return of ISIS to Iraq. He also called on the Iraqi government to clarify its position on the US.

“The consequences of the assassination of Soleimani and Al-Muhandis by the US continues. The US is the one who assassinated the martyrs Soleimani and Abu Mahdi al-Muhandis, and this issue does not need to be investigated.”

The Hezbollah chief highlighted how the ideology of ISIS originated in Saudi Arabia through the Wahhabis, and that the kingdom sent suicide bombers and car bombs to Iraq.

The Hezbollah chief also spoke of how Washington turned the Al-Tanf base in Syria’s Homs governorate into a “nest for ISIS.”

Sayyed Hassan Nasrallah also addressed the king of Saudi Arabia, saying: “We are not invading the territory of others and we are not attacking Saudi Arabia, but this country has launched a full-scale war against the region.”

The Lebanese resistance leader lamented the kingdom’s aggressive behavior against other Arab countries in the region, saying: