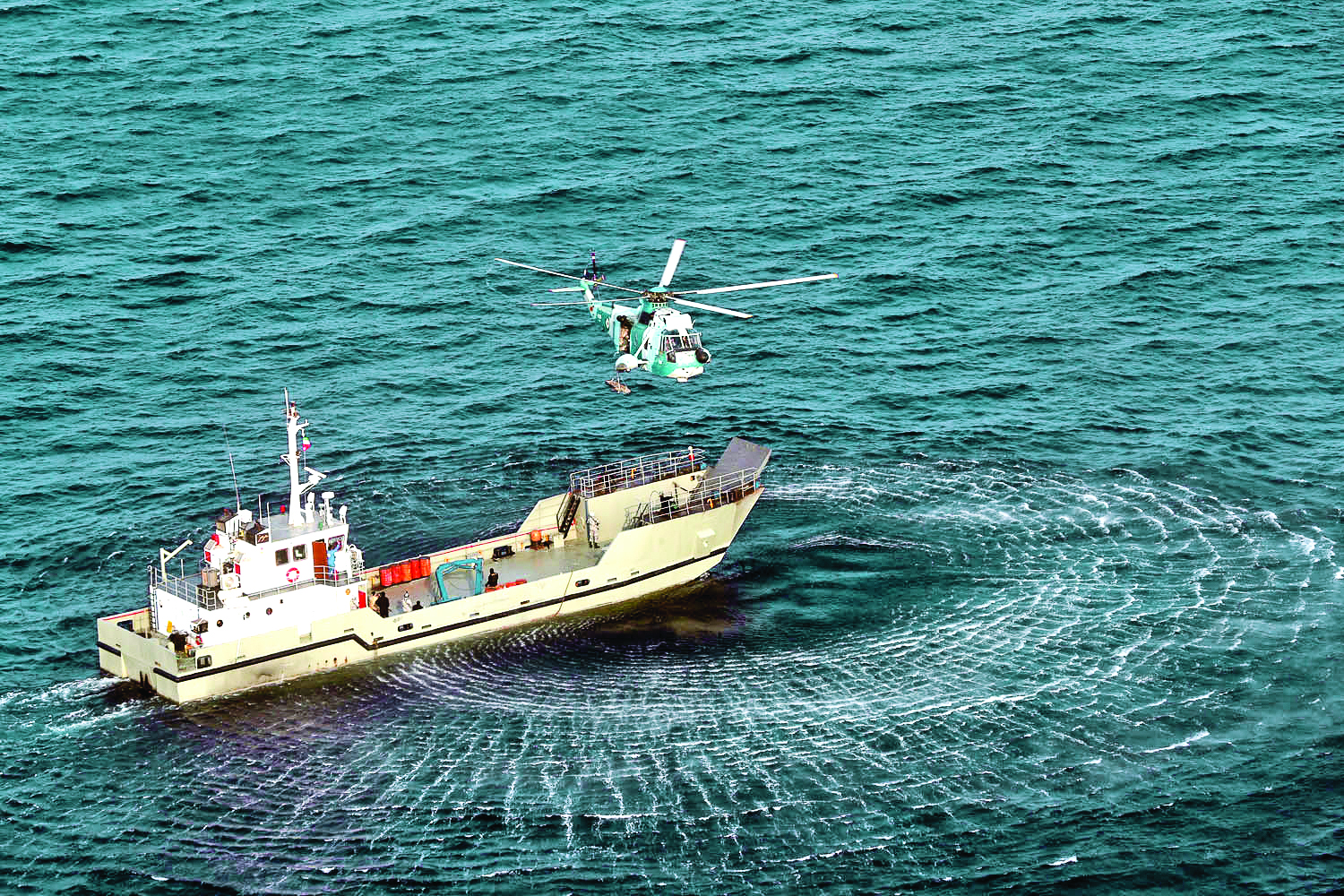 The 2022 Maritime Security Belt joint naval drills began on 21 January with the slogan ‘Together for Peace and Security’ amid the presence of surface and flight units of the Iranian Navy, IRGC, and naval units of China and Russia.

Set to cover an area of ​​17,000 square kilometers, the drill began in the northern Indian Ocean.

A variety of tactical exercises are planned for these drills, such as rescuing a floating vessel, releasing a hijacked vessel, shooting at specific targets, shooting at air targets at night, and other tactical and operational exercises.

According to the participants, the objectives of the 2022 Maritime Security Belt Center exercise include strengthening the security of international maritime trade, combating piracy and maritime terrorism, exchanging information in the field of maritime rescue, and exchange of operational and tactical experiences.

This is the third combined maritime exercise with the participation of Iran, China, and Russia.

According to the drill spokesman, Admiral Mostafa Tajeddini, submarine units from Iran, China, and Russia, under the command of the all-Iranian destroyer Jamaran, fired at pre-determined surface targets at sea using 20-mm caliber weapons.

Tajeddini said that establishing regional and international security is very important for Iran, and for this reason, its navy will not allow any threats in their waters.

Experts are describing the drill as a sign of unity between the three powerhouses that share the same view in the negotiations that are underway in Vienna.

The Vienna talks intend to remove the sanctions the United States has imposed on Iran.

It is also noteworthy to remember that the drills began as Iranian President Ebrahim Raisi wrapped up a two-day visit to Moscow on 21 January.

During his visit, Raisi had a lengthy meeting with his Russian counterpart, Vladimir Putin, and addressed the Russian State Duma (lower parliament).

In his address to the Duma, Raisi emphasized that Iran seeks “maximum interaction” with the world.

He also noted that NATO is trying to infiltrate various countries culturally by opposing and confronting “independent democracies” and went on to call the US and its allies an “evil alliance.”

Speaking at the Duma on 20 January, Iran’s president said: “The evil alliance of the United States with terrorists is clear to the world, especially to the nations of West Asia, from Syria to Afghanistan. There are now complex plans to send Takfiri terrorists on new missions from the Caucasus to Central Asia. Experience has shown that it is pure Islamic thought that can prevent the formation of extremism and Takfiri terrorism.”