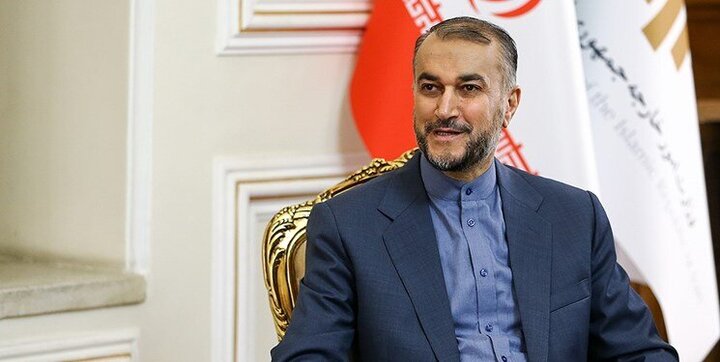 Speaking at the first National Conference on Iran and Neighbors on 24 January, Iranian Foreign Minister Hossein Amir-Abdollahian did not rule out the possibility of direct negotiations with the US in the ongoing Vienna talks.

The US is barred from engaging directly in Vienna talks after unilaterally withdrawing from the nuclear deal in 2018.

Meanwhile, the spokesman for the Iranian parliament’s National Security and Foreign Policy Commission has said that if Washington shows good will, Iran may directly negotiate with them.

“If the Americans are in good faith and act on what they sign, we can negotiate with them, but they have not proven that in practice,” Mahmoud Abbaszadeh Meshkini told Iran’s state TV.

Amir-Abdollahian went on to criticize the European troika’s (France, UK, Germany) actions, claiming that when it comes to sanctions they connect the issue to the US, but when it comes to nuclear issues they claim that this is Iran’s “area of responsibility.”

He also said that the Ebrahim Raisi administration intends to keep  neighboring countries informed on what is happening in Vienna.

“We do not welcome the idea of adding new members from the region to the talks, but we keep our neighbors informed,” he said.

Amir-Abdollahian: Saudis must decide on reopening of embassies in Tehran and Riyadh

Elsewhere in his remarks, Iran’s top diplomat referred to the negotiations between Iran and Saudi Arabia, saying that, while Iran welcomes dialogue, it is political will which determines the outcome of negotiations, not prolonged talks.

“Saudi Arabia must now decide when to open the embassies of the two countries. We welcome the new round of talks, and we would also like to point out that long talks do not necessitate a return to normal relations alone, but a political decision. We in the government have decided that Saudi Arabia can take the necessary steps to restore relations with Iran whenever it reaches a conclusion,” the foreign minister said.

Speaking on the other challenges Iran faces in West Asia, Amir-Abdollahian named Afghanistan as one of the foreign policy challenges of the Raisi administration.

He said that Amir Khan Muttaqi, the Taliban’s acting foreign minister, had asked Iran to hand over the Afghan embassy in Tehran to the Taliban, but Iran rejected them.

“We help Afghanistan by sending fuel, but we firmly insist on Taliban forming an inclusive government with an eye on maintaining sustainable security,” Amir-Abdollahian said.

The top diplomat went on to note that Iran will enter the debate of recognizing the Taliban after they form an inclusive government.

“Once the inclusive government is formed with known standards and with the participation of the Taliban, Pashtuns, and other ethnic groups in Afghanistan, then we can decide to recognize the new government in Afghanistan and hand over the Afghan embassy in Tehran to the official governing body in Afghanistan,” he said.