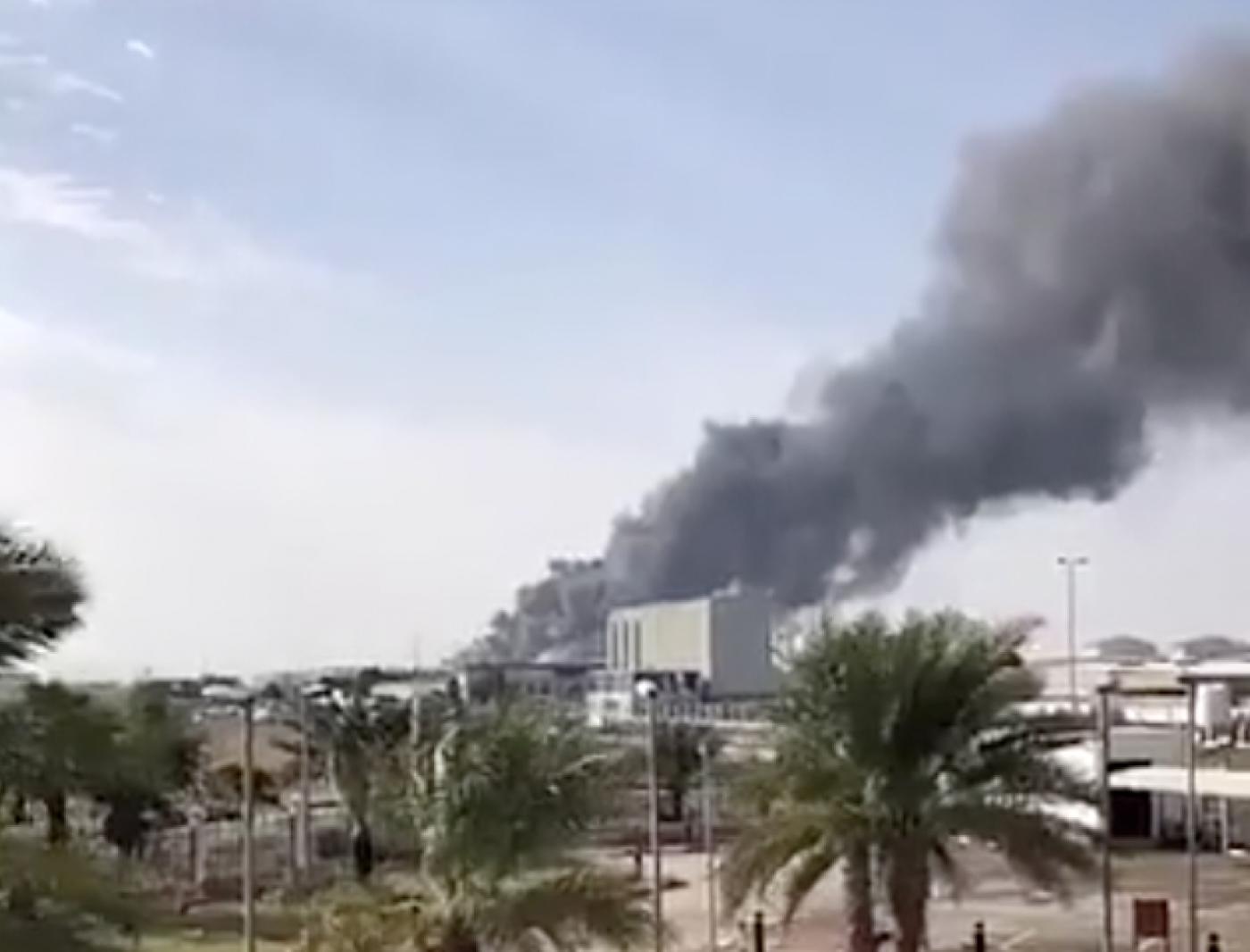 Screengrab of a video purportedly of a fire caused by a Yemeni drone attack in Abu Dhabi. (Photo credit: Social media)

The strikes, the third by the Yemeni Ansarallah resistance movement, came amid Israeli President Issac Herzog’s visit to Abu Dhabi.

The Israeli president flew to the UAE on 30 January, 16 months after officially normalizing relations with the UAE. This was the Israeli presidency’s first visit to the Gulf nation since the official establishment of diplomatic ties.

During his visit, Herzog said that he supported ways to ensure the “full security” needs of the UAE.

An hour ahead of the strikes, the Yemeni Armed Forces made the announcement of an upcoming large-scale operation to be conducted in the depths of the UAE.

In a tweet published late on Sunday, the Yemeni Armed Forces and Ansarallah resistance movement leader Yahya Saree announced “an important statement by the Armed Forces to announce a large-scale military operation in the Emirati depths in the coming hours.”

According to Yedioth Ahranoth, an Israeli daily announced that Israeli intelligence reportedly called upon the Israeli president to leave the UAE immediately.

This is despite reports, such as that from Israeli Walla News, that Herzog would continue his visit to the UAE and denied that he was in any immediate danger.

Herzog was scheduled to visit the Dubai Expo 2020 on 31 January, in a day designated towards recognizing Israel, as well as meeting with Jewish groups in the UAE.

“Once again I advise foreign companies and investors in the UAE to leave because the country is no longer safe,” Saree warned last week, addressing the UAE and its foreign investors ahead of the Dubai Expo.