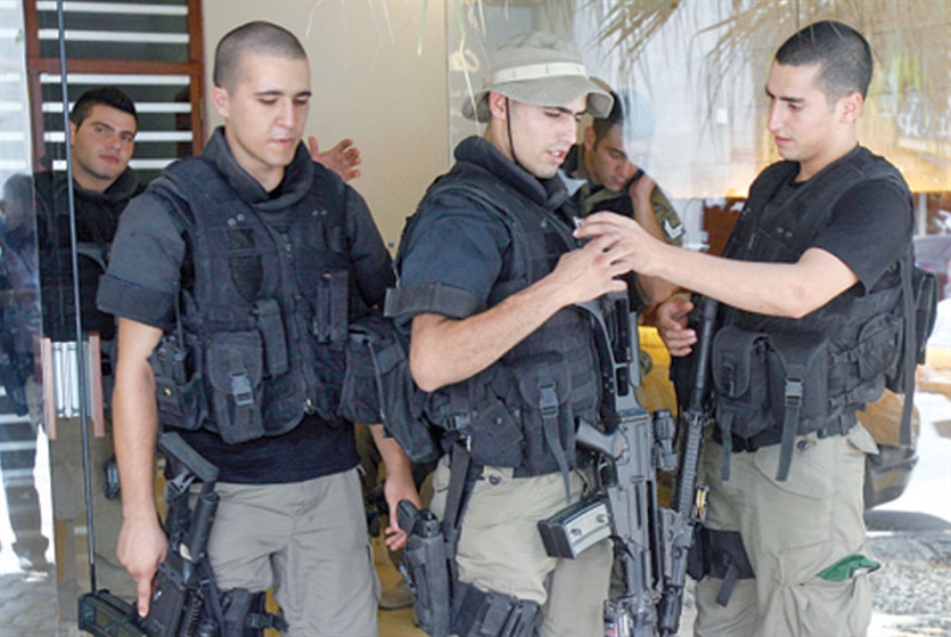 The spy rings had reached all the way to Syria, according to sources in the report sources. The Al Akhbar report added that Hezbollah coordinated with Syrian security to arrest the Damascus-based suspect.

The spy ring bust is considered the largest Lebanese security operation carried out since 2009.

The ISF operation was launched by its information branch four weeks ago, after coordination with the Public Prosecution of Discrimination and the leadership of the Internal Security Forces.

The report mentioned that the operation began when infiltration from one of the spy networks was noted within the ISF itself and from there, the operation began to gather information close to ISF leadership about the roles and duties of high-ranking officers.

Next, it was discovered that the infiltration had also reached Hezbollah, where the suspect arrested had been recruited by an organization that claimed to be running statistical polls for the United Nations. The suspect was a reserve fighter who had previously participated in missions in Syria.

The spies in the network came from various Lebanese sects, hailed from different regions of the country, and included Syrian and Palestinian as well as Lebanese nationals.

They were recruited via social media, motivated by the financial conditions of the economic crisis. The ISF’s Information Division arrested 20 suspects, and the number of suspects investigated exceeded 35 in the last month alone.

One of the detainees, who hailed from Tripoli, knowingly joined the collaboration effort because he “hated Hezbollah” and was “ready to do anything against the party.”

The detainee confessed to contacting the Israelis, who made him take a polygraph examination and trained him to operate unmanned aircraft in Jordan.

Another detainee by the name of Sergio worked in an non-governmental organization established following the October 2019 demonstrations.

Sergio received funding to distribute masks imprinted with the words: “All means all … and Nasrallah is one of them.”

Another detainee admitted to shipping SIM cards hidden in a book via DHL to Israelis in an overseas location.

The spies were financed through the receipt of small amounts of funds transferred in increments through money transfer agencies like Western Union.

In addition to Hezbollah, the spy ring also attempted to target Hamas in Lebanon.

An 8 January raid by the ISF in Saida led to the arrest of several people, including a Palestinian who runs a “human development training center” that organizes training courses for local municipalities.

Keywords
HamasHezbollahintelligenceInternal Security ForcesIsraelIsraeli espionage networksLebanese security operationLebanonNGOsPalestinian
More news
Syrian Kurds halt operation against ISIS
Nov 26, 2022
US mediating between Ankara-SDF to prevent ground offensive: Report
Nov 26, 2022
US base comes under missile attack in northern Syria
Nov 26, 2022
Pakistan invites Turkey to join economic corridor with China
Nov 26, 2022
PreviousNext
Syrian Kurds halt operation against ISIS
General Mazloum Abdi blamed the US for not having done enough to stop the Turkish cross-border operations in Syria
Nov 26, 2022
US mediating between Ankara-SDF to prevent ground offensive: Report
According to a Kurdish media report, Ankara has asked for a cut of the oil revenues from SDF-controlled areas as a condition for withdrawing from plans of a ground invasion
Nov 26, 2022
US base comes under missile attack in northern Syria
Local tribes have increasingly become more dissatisfied with the presence of illegal US troops in the region, which is centered around plundering natural resources
Nov 26, 2022
Pakistan invites Turkey to join economic corridor with China
Pakistan and Turkey consider their economic and military cooperation a cornerstone of deterrence against foreign enemies
Nov 26, 2022
Qatar reconsiders London investments in wake of grandstanding ban over ‘LGBT+ concerns’
Qatar has invested an estimated $40bn in the UK, owning British landmarks like Harrods, the Shard building, Chelsea Barracks, as well as a 20 percent stake in Heathrow airport
Nov 26, 2022
US offers support to Iraq in confronting threats to Kurdistan region
Iran accuses the Kurdish region of Iraq of harboring the masterminds of violent unrest in the country, while Turkey blames Kurdish militias based out of northern Iraq and Syria for a terror attack in Istanbul
Nov 26, 2022
Azeri president denounces France’s position on peace talks with Armenia
The French Senate called for sanctions on Baku, as Paris recognizes the Republic of Nagorno-Karabakh, and is urging Azerbaijan to withdraw from Armenian territory
Nov 25, 2022
Turkey in final stages of talks for up to $10bn funding from Qatar: Report
One of the officials said the total funding could take the form of a swap, Eurobond or other method
Nov 25, 2022
Government formation talks in Israel to allow for ‘soft annexation’ of West Bank
Benjamin Netanyahu has reportedly agreed to allow Israel's leading supremacist group control of the occupied West Bank
Nov 25, 2022
UAE disguises new military base in Yemen as civilian airport
The new military airport, which has replaced a former Emirati base in Eritrea, will serve as a logistical supply hub
Nov 25, 2022
PreviousNext
Most Popular
No pain, no grain: Putin’s Black Sea comeback
BY Pepe Escobar Nov 02, 2022
The Huseynyun: Iran’s challenge in forming a ‘Hezbollah of the Caucasus’
BY Yeghia Tashjian Nov 04, 2022
Switzerland finds no reason to label Hezbollah a terrorist organization
Nov 05, 2022
Imran Khan shot in apparent assassination attempt
Nov 03, 2022
The Gray Wolf returns to Central Asia: Turkey’s ambitions for the region
BY Erman Çete Nov 01, 2022