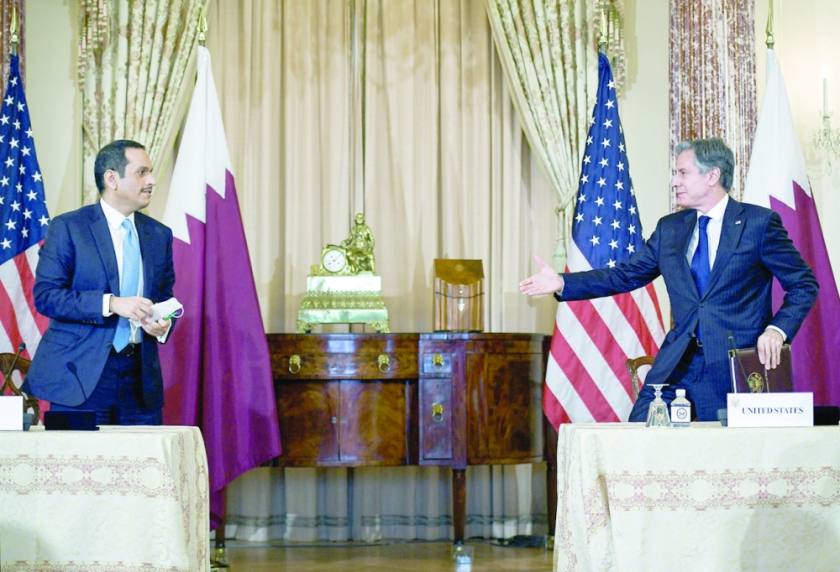 On 31 January, US President Joe Biden announced that he will soon designate Qatar as a major non-NATO ally. Biden made the announcement during a meeting with the Emir of Qatar, Sheikh Tamim bin Hamad al-Thani who is in Washington on a state visit.

Speaking to reporters after the meeting in the Oval Office, Biden said, “Qatar is a good friend and reliable and capable partner. And I’m notifying Congress that I will designate Qatar as a major non-NATO ally to reflect the importance of our relationship. I think it’s long overdue.”

According to the US State Department, the status of major non-NATO ally (MNNA) is a “designation under U.S. law that provides foreign partners with certain benefits in the areas of defense trade and security cooperation.” However, unlike the case with NATO allies, the status does not involve defense commitments to the country. The US has so far granted this status to 20 countries including Egypt, South Korea, and Morocco.

The move comes a few days after Reuters revealed that the Biden administration had approached Qatar to formulate a plan to avert a possible shortage of Liquefied Natural Gas (LNG) in Europe if war broke out between Russia and Ukraine.

The Reuters report said that Washington wants Qatar to be prepared to re-route some of its Asian bound to the European market. To be able to adequately cater to the European market, Qatar would have to cut supplies to its long-term clients in Asia as its current LNG production is not sufficient to supply both markets simultaneously.

Currently, 40 percent of Europe’s gas imports come from Russia and there are fears that Moscow would turn off the gas taps in the event of an armed conflict with Ukraine. However, the government of Russia has constantly stated that it has no plans of attacking Ukraine or cutting the flow of LNG to Europe.