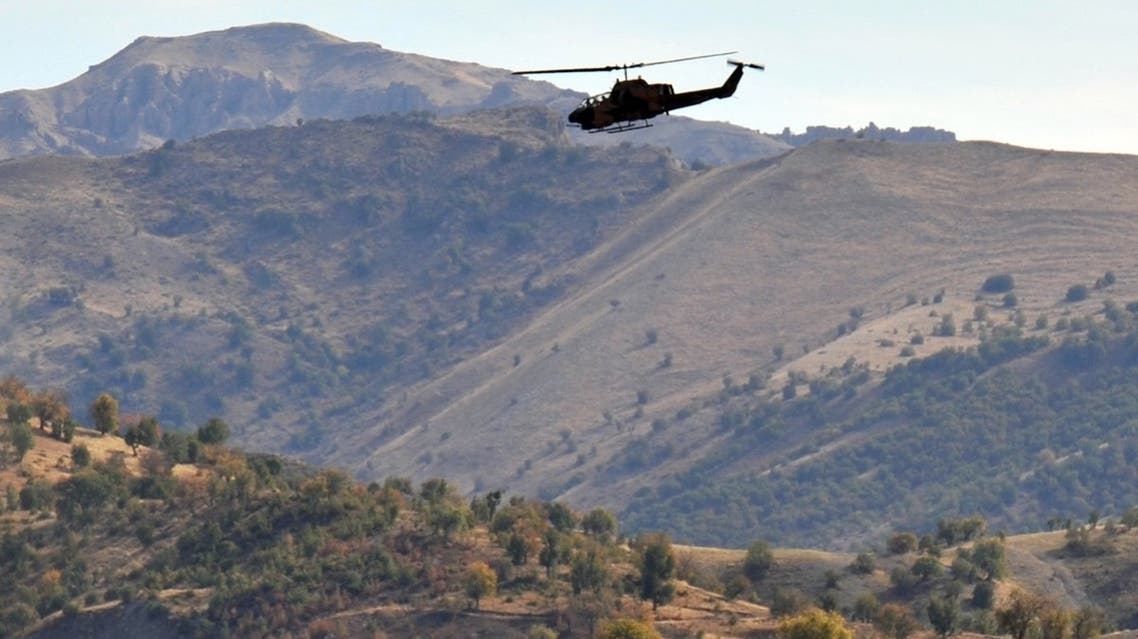 File photo showing a Turkish military helicopter over a mountain in Yemisli, Hakkari province near the border with Iraq. (Photo credit: AFP/Mustafa Ozer)

Qais al-Khazali, the leader of Iraqi resistance group Asaib al-Haq has strongly condemned Turkish raids on northern Iraq and Syria on in a Tweet 1 February.

In his post, he slammed Ankara’s “violation” of Iraq’s territorial “sovereignty” saying that Turkey “targets civilians under its pretext” of fighting Kurdish forces.

Al-Khazali also warned that “the time will come when the resistance of Iraq” will teach Turkey “harsh lessons.”

On 2 February the Turkish Ministry of Defense announced that, at an unspecified time overnight, its warplanes had struck alleged “terror dens” in Derik, northern Syria, and Sinjar, and Karacak, located in northern Iraq.

In a statement published via Twitter, the Turkish defense ministry added that the sites “were used as bases by terrorists in northern Iraq and Syria.”

Al-Mayadeen cited Iraqi security sources as saying that Turkish warplanes flew over Makhmour, east of Mosul, where explosions were soon heard north of Sinjar in the Bara region.

Meanwhile, the Kurdish Counterterrorism Agency in Iraq announced that, late on 1 February, Turkish warplanes “bombed a site in which there were fighters of the Kurdistan Workers’ Party in Mount Karacho, and bombed two other sites of these militants in the Suhaila borders in Syrian territory (Muldreza), and two other sites in Mount Shingal, and Baray Hasanur in Syria.”

The statement added that the bombings by Turkey produced several casualties and material damage.

Al-Khazali had said on 30 August 2020 that “as long as the occupation exists […] the resistance’s weapons are legitimate” vowing that the Iraqi resistance alone will expel forces of occupation.