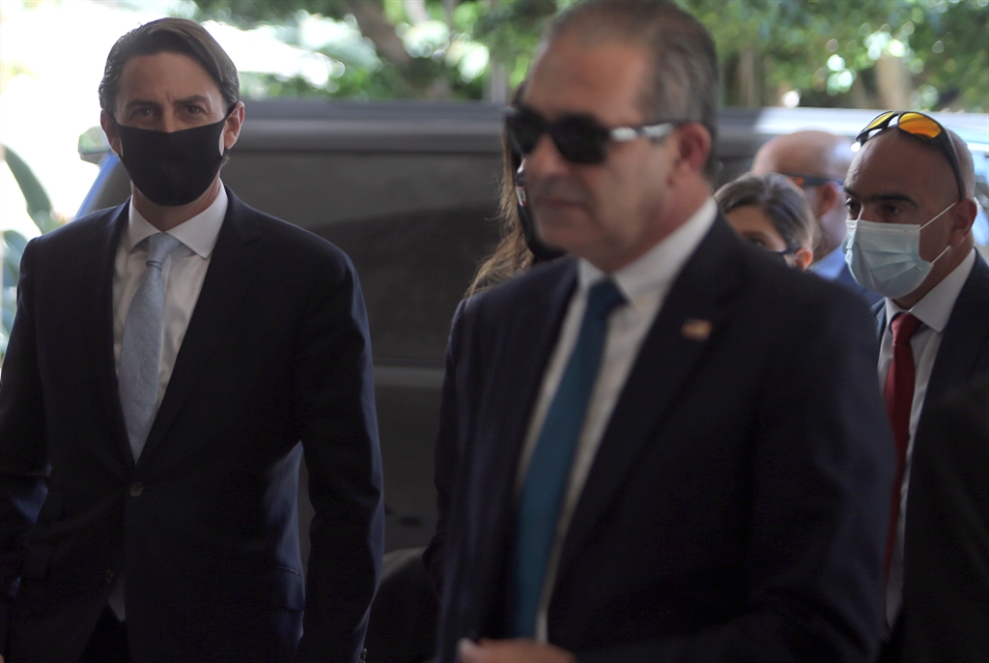 On 8 February, US Special Envoy and Coordinator for International Energy Affairs Amos Hochstein will make another visit to Beirut to propose a definition for an underwater demarcation line for Lebanon and Israel.

Hochstein, an Israeli citizen and former IDF soldier from 1992 to 1995, was a lobbyist for Cassidy and Associates and vice president for Houston-based LNG energy and gas company Tellurian, Inc.

Several Lebanese laws prohibit the country’s citizens from meeting with Israeli nationals. It is unclear how and why Hochstein’s visit and meetings with Lebanese officials are exempt from these civil and military law bans.

The Lebanese daily Al-Joumhoria said that the visit of Hochstein will entail “stopping discussions over the above-the-water lines and focusing on splitting the resources based on the basins that are under the water,” and, instead, dividing the “shares of the two states” on the basis of “the sizes of these direct resources, away from the approach of direct lines.”

On 7 February, Al-Akhbar quoted anonymous sources as saying that Hochstein’s visit is aimed at “investigating Hezbollah’s position on the issue.”

The Arabic language Lebanese daily said that Hochstein is expected to leave Beirut on 9 February.

Hochstein is also to attend a dinner with Lebanon’s former minister of defense, Elias Bou Saab.

Hochstein is likely visiting Beirut in response to the Lebanese letter sent to the United Nations on 28 January that firmly asserted its rights to the area between the 23rd and 29th marine demarcation lines.

That Lebanese letter was in response to an Israeli missive to the UN sent on 23 December 2021 by Israeli UN Envoy Gilad Ardan, arguing for Israel’s “right” to the area between demarcation lines 1 and 23.