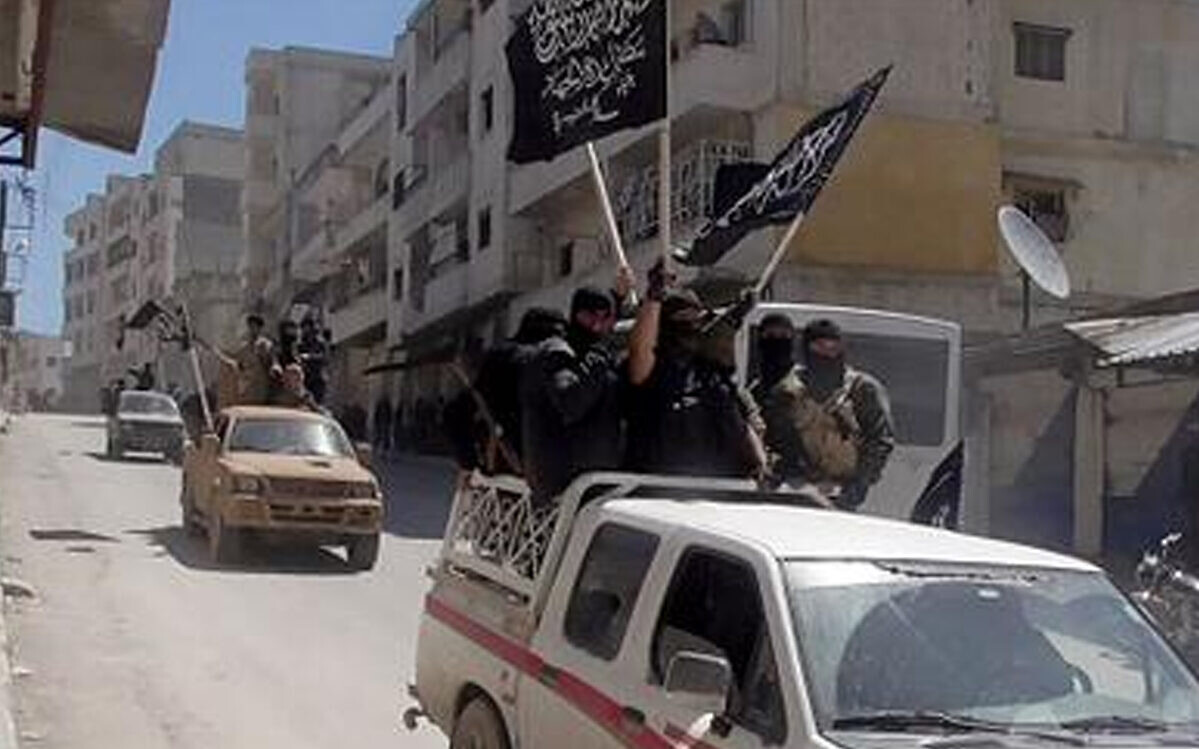 A report by Turkey’s Financial Crimes Investigation Board (MASAK) on the freezing of assets belonging to people linked to ISIS has revealed that for several years the most important supply chain of ISIS’s military arsenal was based in Turkey.

According to the report, millions of dollars in unmanned aerial vehicle (UAV) equipment and tons of improvised explosive devices (IED) were sent to ISIS through three construction companies in Mersin, a port city in southern Turkey.

Based on information provided by the National Intelligence Organization and published in March of 2021, the MASAK report shows that Altun İnci Construction Materials Industry and Trade Limited Company operating in Mersin played a vital role in the transfer of the military equipment and parts to ISIS from 2015 to the end of 2016.

The company was founded in 2014 by a Syrian-born Turkish citizen named İbrahim Hag Geneid, partnering with two other Syrian-born businessmen based in Mersin, Ghassan Nawai and Mustafa Naway.

Others involved in the scheme include Abu Naeema al-Turkistani, a citizen of the People’s Republic of China, and of Uighur origin, who reportedly ordered materials worth approximately $85,000 to a China-based company in 2015 to be used in the production of weapons.

Al-Turkistani and his wife, Chinese citizen Minawaer Maituersun, reportedly operate a unit responsible for the production of chemical weapons for ISIS.

The connection between ISIS and the Mersin-based company was made following a US airstrike on an ISIS base in late 2017, which killed three ISIS leaders: Abu Muadh Al-Tunusi, Abu Salman, and Sajid Farooq Babar.

Babar, in particular, was closely followed by MASAK due to his direct ties to Mersin and to shipments of military hardware stemming from China and which arrived in the Port of Mersin.

Orders for this hardware were reportedly placed by Mustafa Naway via the e-commerce platform Naway Group, which was founded in Aleppo, Syria, allegedly to import “hardware, small household appliances, stationery, and packaging.”

In 2011, the company opened an office in China, which allegedly remains operational.

Naway Group then opened a branch in Mersin in 2014 for imports to Syria via the port of Mersin. According to the report, orders could only be placed online or by phone. The numbers of these orders match the numbers revealed in the MASAK report.

Meanwhile, Al-Turkistani and his wife Maituersun are reportedly members of the Turkistan Islamic Party (TIP), which Turkey  supported as ‘moderate opposition’ in 2015.

The Uighur extremist organization, deemed a terrorist group by Beijing, sided with the Al-Nusra Front armed group during the 2015 conflicts in Idlib.

In 2020, the US government lifted the terrorist designation of the TIP, claiming there was “no credible evidence” that the organization still exists.

Keywords
Al-Nusra FrontAleppoarms salesdronesIdlibIEDISISMASAKMersinMIT
More news
Syrian Kurds halt operation against ISIS
Nov 26, 2022
US mediating between Ankara-SDF to prevent ground offensive: Report
Nov 26, 2022
US base comes under missile attack in northern Syria
Nov 26, 2022
Pakistan invites Turkey to join economic corridor with China
Nov 26, 2022
PreviousNext
Syrian Kurds halt operation against ISIS
General Mazloum Abdi blamed the US for not having done enough to stop the Turkish cross-border operations in Syria
Nov 26, 2022
US mediating between Ankara-SDF to prevent ground offensive: Report
According to a Kurdish media report, Ankara has asked for a cut of the oil revenues from SDF-controlled areas as a condition for withdrawing from plans of a ground invasion
Nov 26, 2022
US base comes under missile attack in northern Syria
Local tribes have increasingly become more dissatisfied with the presence of illegal US troops in the region, which is centered around plundering natural resources
Nov 26, 2022
Pakistan invites Turkey to join economic corridor with China
Pakistan and Turkey consider their economic and military cooperation a cornerstone of deterrence against foreign enemies
Nov 26, 2022
Qatar reconsiders London investments in wake of grandstanding ban over ‘LGBT+ concerns’
Qatar has invested an estimated $40bn in the UK, owning British landmarks like Harrods, the Shard building, Chelsea Barracks, as well as a 20 percent stake in Heathrow airport
Nov 26, 2022
US offers support to Iraq in confronting threats to Kurdistan region
Iran accuses the Kurdish region of Iraq of harboring the masterminds of violent unrest in the country, while Turkey blames Kurdish militias based out of northern Iraq and Syria for a terror attack in Istanbul
Nov 26, 2022
Azeri president denounces France’s position on peace talks with Armenia
The French Senate called for sanctions on Baku, as Paris recognizes the Republic of Nagorno-Karabakh, and is urging Azerbaijan to withdraw from Armenian territory
Nov 25, 2022
Turkey in final stages of talks for up to $10bn funding from Qatar: Report
One of the officials said the total funding could take the form of a swap, Eurobond or other method
Nov 25, 2022
Government formation talks in Israel to allow for ‘soft annexation’ of West Bank
Benjamin Netanyahu has reportedly agreed to allow Israel's leading supremacist group control of the occupied West Bank
Nov 25, 2022
UAE disguises new military base in Yemen as civilian airport
The new military airport, which has replaced a former Emirati base in Eritrea, will serve as a logistical supply hub
Nov 25, 2022
PreviousNext
Most Popular
No pain, no grain: Putin’s Black Sea comeback
BY Pepe Escobar Nov 02, 2022
The Huseynyun: Iran’s challenge in forming a ‘Hezbollah of the Caucasus’
BY Yeghia Tashjian Nov 04, 2022
Switzerland finds no reason to label Hezbollah a terrorist organization
Nov 05, 2022
Imran Khan shot in apparent assassination attempt
Nov 03, 2022
The Gray Wolf returns to Central Asia: Turkey’s ambitions for the region
BY Erman Çete Nov 01, 2022