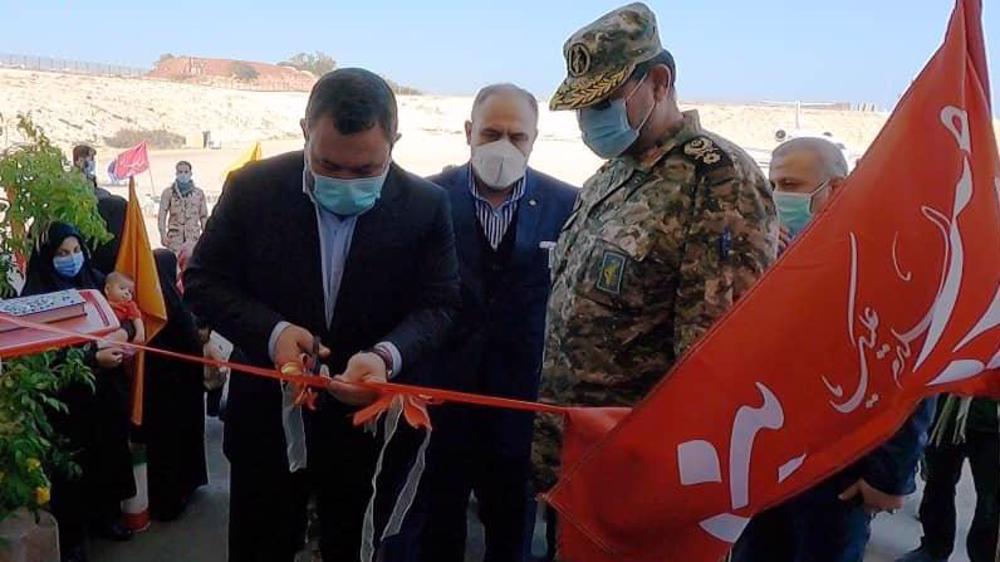 On 15 February, Iranian officials boarded the first passenger flight to the island of Greater Tunb to open a new runway on Imam Ali Airport, which was initially launched in 2010 by the Islamic Revolutionary Guard Corps (IRGC).

The head of Iran’s Civil Aviation Organization (CAO), Mohammad Mohammadi Bakhsh, said that the new runway will facilitate travel to Greater Tunb from major Iranian business hubs, including the cities of Bandar Abbas and Bandar Lengeh on the Persian Gulf coast.

The international airport of Bandar Abbas is located only 130 kilometers from Greater Tunb.

The launching of the runway took place during a ceremony on the island, which was attended by the commander of the IRGC Navy, Admiral Alirzea Tangsiri, the Deputy Minister of Roads and Urban Development, as well has the head of the CAO.

Bakhsh said that the CAO has issued all permission requests necessary for the take-off and landing of passenger flights in the airport, and that it will soon begin round-the-clock flights to various destinations across the Islamic Republic.

The runway is 2,150 meters long, and capable of handling small passenger planes, such as the ERJ-145.

The islands of Greater Tunb, Lesser Tunb, and Abu Musa, all located in the Persian Gulf, have been the source of a longstanding dispute between Iran and the UAE.

The UAE Deputy Foreign Minister, Khalifa Shaheen al-Marar, last year referred to the Iran’s presence on the islands as an “occupation.”

According to a news article by a Kuwaiti newspaper, Al-Rai Al-Aam, issued in 1970, the islands were sold to the Shah of Iran by Sheikh Saqr Bin Sultan al-Qasimi, ruler of the UAE’s northernmost emirate, Ras al-Khaimah, which at the time was one of the Trucial Sheikhdoms.