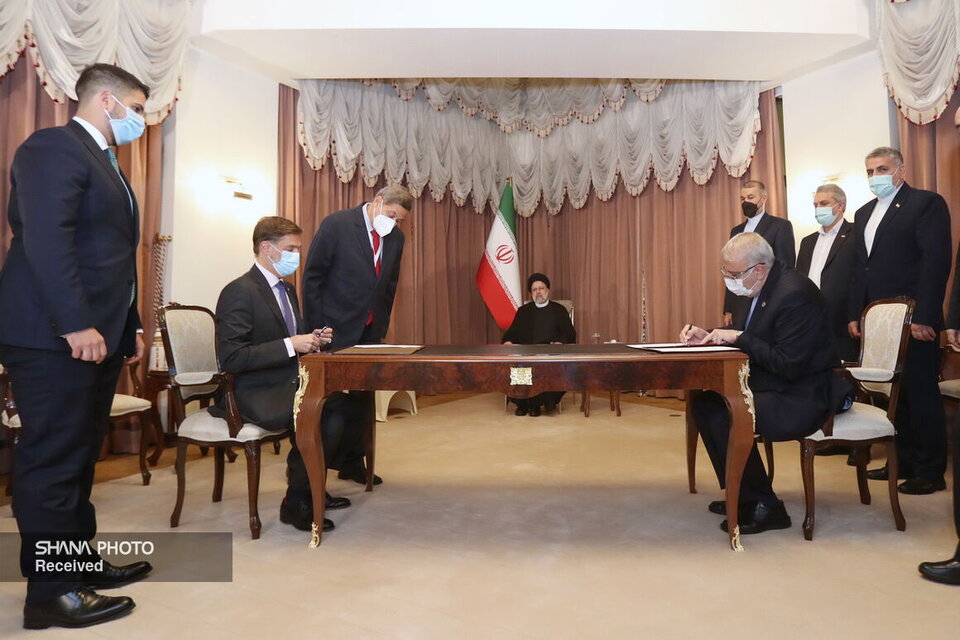 On 22 February Iran and Venezuela signed a memorandum of understanding (MoU) to markedly increase cooperation in the oil industry.

Specifically, the deal calls for Tehran to help overhaul the oil and gas refineries of the Latin American country.

The agreement also includes the sharing of technical services, technology transfer, training and educational services, and cooperation in the growth of the refining industry.

During the signing ceremony, the President of the Islamic Republic, Ebrahim Raisi, said that Tehran and Caracas are two independent states which are “determined to resist against excessive demands of the hegemonic powers.”

Late last year, Raisi declared that Iran-Venezuela oil collaboration must take a new form, and that the two countries must strengthen cooperation in the domains of refining and petrochemicals.

In a phone discussion with Venezuelan President Nicolas Maduro, Raisi described the relations of the two nations as vital, highlighting that the “development of relations between Tehran and Caracas is a need, notably in trade and economic concerns.”

“The reason for the sanctions imposed by the arrogant system of the United States on the Venezuelan people and government is their independence and freedom,” the Iranian leader said, placing emphasis on the shared struggle of the two nations.

According to a report published on 21 January by The Miami Herald, last year Venezuela managed to double its oil production as a result of assistance rendered by the government of Iran.

On top of this, in late January, an Iranian supertanker delivered the fourth shipment of gas condensate to Venezuela, in accordance with a contract signed in December 2021.