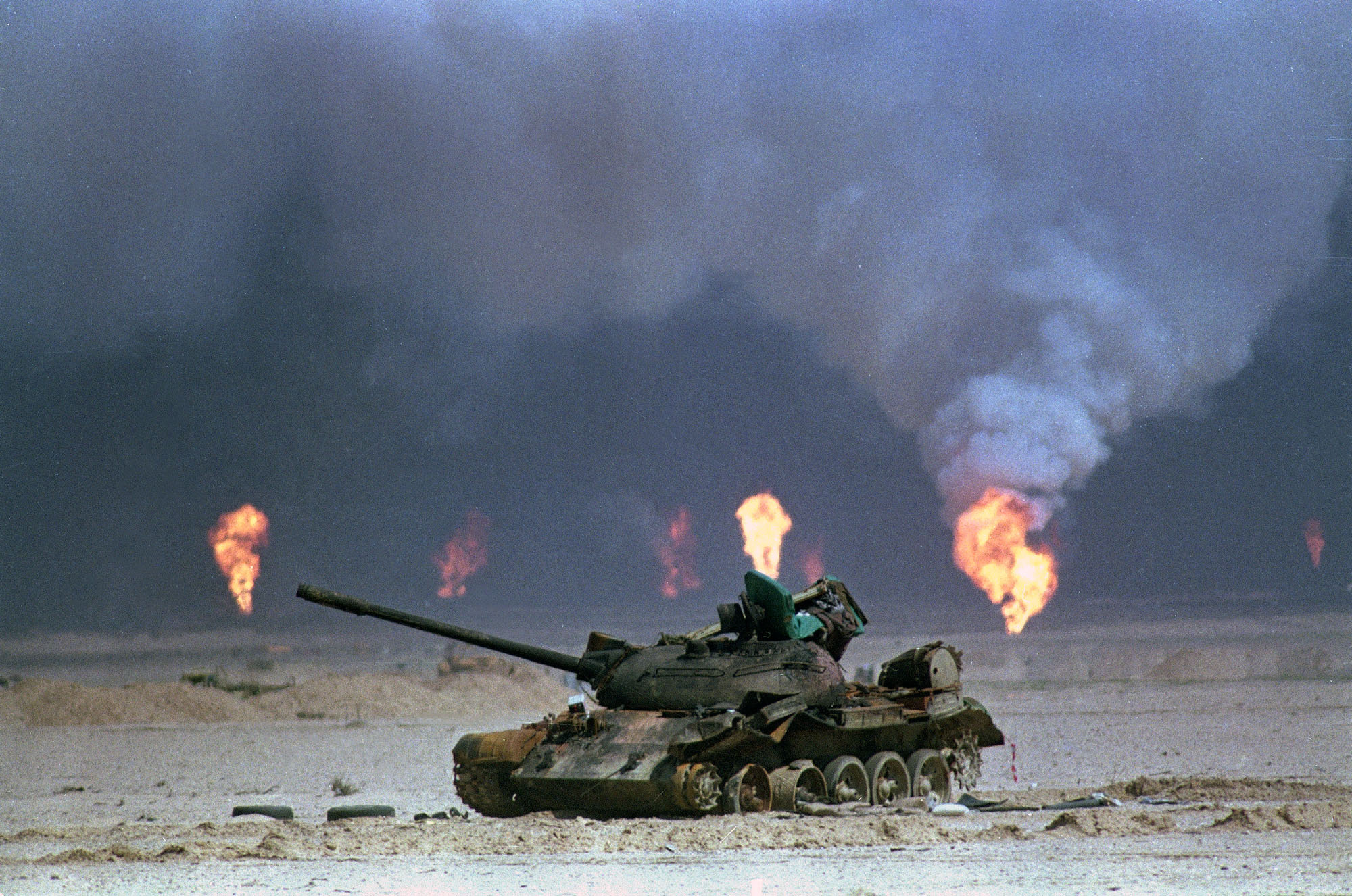 The government of Iraq announced on 23 February that the UN has lifted the sanctions that were imposed on the country in 1991 over its invasion and occupation of Kuwait. Baghdad said the move came after it made the final reparation payment for the invasion.

According to the United Nations Compensation Commission (UNCC), Baghdad has paid a total of $52.4 billion in reparations. The final payment was made in late December 2021 and on 13 January the commission confirmed that the payment had been processed.

The money has been used to settle the 1.5 million claims against the government of Iraq by individuals, corporations, governments, and international organizations in relation with the invasion.

In an address to the the UN Security Council (UNSC) on 23 February, Iraq’s Foreign Minister Fuad Hussein said the country “has concluded an important 30-years-long chapter and embarks on a new chapter in its diplomatic, political and economic journey.”

On 9 February the governing council of the UNCC confirmed that Iraq has fulfilled all the measures it needed to take for the sanctions to be lifted. “The Government of Iraq has fulfilled its international obligations to compensate all claimants awarded compensation by the Commission for losses and damages suffered as a direct result of Iraq’s unlawful invasion of Kuwait,” read part of the statement issued by the Geneva-based organization.

Today @UNGeneva hosted a session of the @UN Compensation Commission, marking the conclusion of its mandate which started in 1991. This momentous occasion reflected on the completion of the payment of all compensation awards amounting to $52.4 billion. https://t.co/hR8yPEnJcS pic.twitter.com/Bs8tJ2JpvY

The compensation commission was established by the UN on 3 April, 1991, a few weeks after Iraq was defeated by a military coalition led by the United States. It was established under resolution number 687 as a mechanism to process claims and pay compensation for the losses and damages suffered as a direct result of the actions of Baghdad.

Keywords
1991 Gulf WarIraqKuwaitreparationsSaddam HusseinsanctionsUnited Nations Compensation CommissionUS
More news
Iranian prosecutor general indicates suspension of ‘morality police’
Dec 04, 2022
Israeli jets bombard Gaza in response to Palestinian rocket fire
Dec 04, 2022
OPEC+ to stick to oil output reduction
Dec 03, 2022
Turkiye: US, Russia failed to clear Kurdish separatists from border
Dec 03, 2022
PreviousNext
Iranian prosecutor general indicates suspension of ‘morality police’
While Montazeri confirmed that operations of the morality police are currently over, there is no indication that they have been permanently dissolved
Dec 04, 2022
Israeli jets bombard Gaza in response to Palestinian rocket fire
The missile attacks were reportedly launched in retaliation to the execution of an unarmed Palestinian man by an Israeli soldier in the West Bank a day earlier
Dec 04, 2022
OPEC+ to stick to oil output reduction
Washington's most senior energy, economic, and foreign policy officials were tasked with lobbying Kuwait, Saudi Arabia, and the UAE to vote against the proposed output cuts
Dec 03, 2022
Turkiye: US, Russia failed to clear Kurdish separatists from border
Turkey has carried out a series of incursions into Syria since 2016 and already controls parts of northern Syria
Dec 03, 2022
Turkiye jails extradited PKK member from Sweden
The suspected Kurdistan Workers' Party member was immediately arrested upon his arrival at Istanbul airport
Dec 03, 2022
Iranian tanker formerly impounded by Greece docks in Syria
The arrival of the Iranian fuel at the port of Baniyas comes as Syria faces severe energy shortages
Dec 03, 2022
Neo-fascist Christian militia takes to the streets in Lebanese capital: Report
Lebanon's new right wing Christian militia boasts members that took part in last year's shooting of Hezbollah and Amal supporters in the Tayouneh neighborhood of Beirut
Dec 03, 2022
Iraq dismisses border guards commander to quell tensions with Iran and Turkey
Baghdad will form a joint committee with the leadership from the semi-autonomous Kurdish region to coordinate with Iran and Turkey an end to recent border tensions
Dec 03, 2022
Qatar pressures Hamas to avoid military escalation in Gaza until World Cup ends: Report
The reported pressure from Doha, however, has no bearing on the activities of the PIJ, another Gaza-based resistance faction with deep ties in the West Bank
Dec 03, 2022
UAE to disburse $817 million in housing support for citizens
The UAE president earlier waived off over $146 million of debts for 1,214 Emirati citizens
Dec 02, 2022
PreviousNext
Most Popular
US-Turkiye brinkmanship won’t reach a point of no return
BY MK Bhadrakumar Nov 28, 2022
The role of UK intelligence services in the abduction, murder of James Foley
BY William Van Wagenen Nov 25, 2022
A war of narratives: Who killed the child in Iran’s Izeh?
BY Fereshteh Sadeghi Nov 23, 2022
Pentagon fails to pass new financial audit, unable to account for over $2 trillion in assets
Nov 23, 2022
Israel, US to conduct air drill simulating attack on Iran
Nov 28, 2022