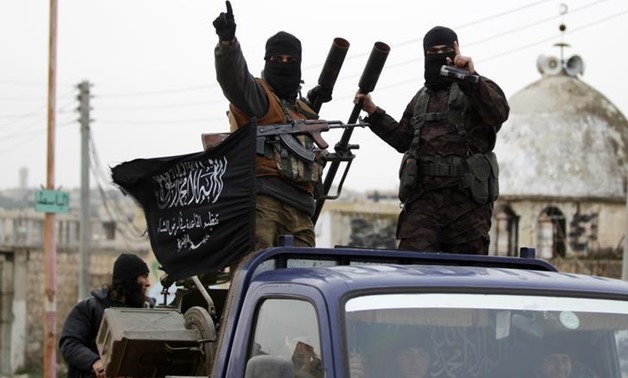 Around 450 militants from the Hayat Tahrir al-Sham (HTS) armed group, a re-branded Jabhat al-Nusra (the Syrian branch of Al-Qaeda), arrived in Ukraine on 8 March to fight against the Russian army.

The militants reportedly left Idlib governorate in northern Syria only three days ago, entering Ukraine after passing through Turkey.

The militants consist of both Arab and foreign nationals, as HTS, ISIS, and other militias in Syria allow foreigners to join their ranks.

The newly arrived fighters in Ukraine reportedly consist of approximately 300 Syrians, with the rest a mix of Belgian, French, Chechen, Chinese, Tunisian, British, and Moroccan nationals.

Family members of the militants reported to Sputnik News that high-ranking HTS fighters are coordinating with senior leaders of the Turkistan Islamic Party group, Ansar al-Tawhid, and Hurras al-Din groups, to facilitate the passage of fighters from Idlib to Turkey and then on to Ukraine.

The sources explained further that many of those who have gone to Ukraine are veterans of the US-backed war against the Syrian government and were offered this new task as a means of resolving disputes between the soldiers and the HTS leadership.

Foreign mercenaries from around the globe have joined in on the side of Ukraine as President Volodymyr Zelensky pleads for global assistance in the wake of the Russian military operation.

Russian intelligence services warned on 4 March that the US was sending extremist militants from Idlib governorate to Ukraine to fight against Russia. Moscow has accused Washington of training these extremist militants at the US Al-Tanf military base in southeastern Syria.

This latest escalation of the Russian-Ukrainian conflict comes as wheat and oil prices surge and stocks are straitened due to the conflict.

The two sides have been negotiating in Belarus to address points that could potentially lead to a ceasefire agreement.