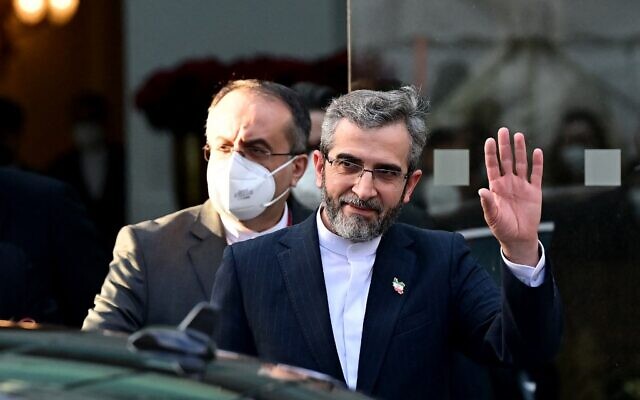 On 11 March, talks on sanctions removal in Vienna were reportedly suspended after the US seized two Iranian oil cargo ships that Washington claims were violating sanctions.

Hours later, following the announcement of the suspension, the Iranian delegation left Vienna.

Earlier in the day, the EU representative at the negotiations, Josep Borrell, claimed that a pause in the talks was necessary due to “external factors,” also alleging that a final text of the agreement has been “revised and finalized.”

However, in response to these claims, the spokesman for Iran’s foreign ministry took to Twitter to say that “no external factors will affect our joint will to go forward for a collective agreement.”

Pause in #ViennaTalks could be a momentum for resolving any remaining issue and a final return.

Successful conclusion of talks will be the main focus of all.

No external factor will affect our joint will to go forward for a collective agreement. https://t.co/pAb0lzGjhd

Iranian media have also contradicted Borrell’s claim, who said that a “final text is ready and essentially on the table.” According to sources, “there are still two or three main and sub-topics pending.”

Tehran has continuously warned Washington not to seize the cargo shipments of two Greek-managed ships in Houston and the Bahamas. On 10 March, the US released details of the cargo seizure, estimating its value at $38 million.

But despite the shipment seizure, Iranian officials have maintained  several obstacles still need to be overcome.

One of them is Washington’s ongoing refusal to remove the designation of the Islamic Revolutionary Guard Corps (IRGC) as a terrorist organization. This is directly correlated with tensions between the International Atomic Energy Agency (IAEA) and Iran, due to their suspicions of the Islamic Republic’s nuclear energy program.

Since the revival of negotiations between Iran and the remaining signatories of the Joint Comprehensive Plan of Action (JCPOA),  all sides last year expressed their determination to reach an acceptable agreement.