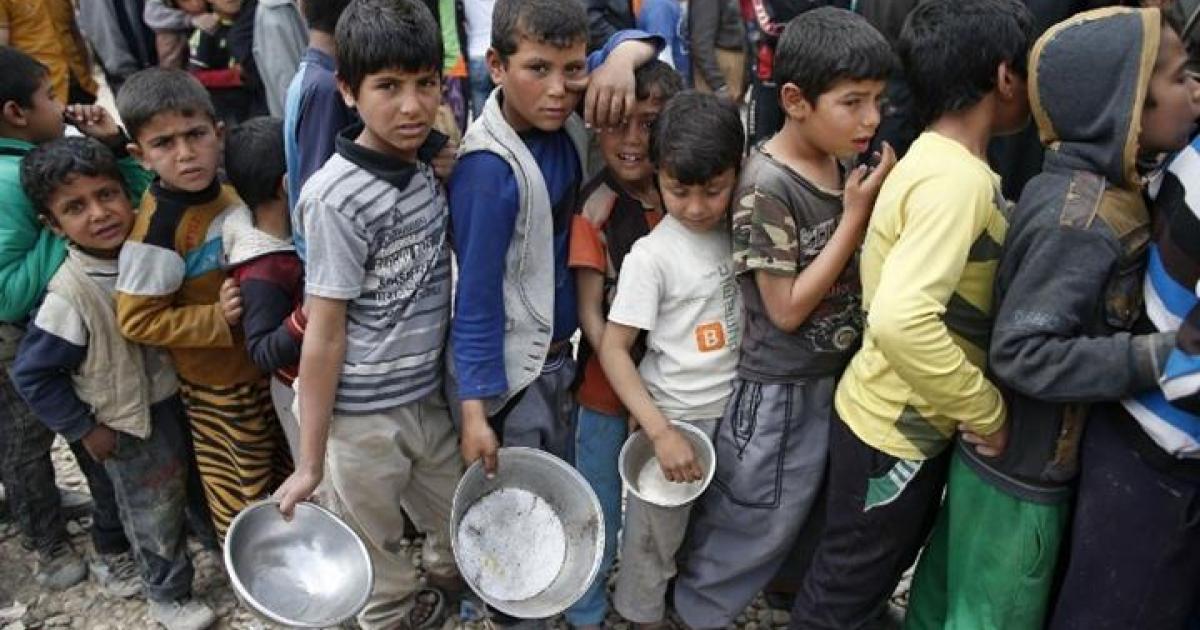 File image: Children line up to receive food at a camp for internally displaced people in Yemen. (Photo credit: Reuters)

On 14 March, the Integrated Food Security Phase Classification (IPC), a consortium of UN agencies and humanitarian organizations working in Yemen, warned that the hunger situation in the war-torn nation is worsening at an alarming rate.

Speaking on behalf of other UN agencies and humanitarian organizations, Richard Ragan, country director of the World Food Programme in Yemen, said projections show that between June and December 2022, the number of Yemeni citizens affected by famine will increase from 17.4 million to 19 million.

The report further warned that the window to prevent a nationwide famine is narrowing every day. It urged the international community to take urgent steps to address the situation.

Yemen has been going through an acute humanitarian situation since March 2015 when Saudi Arabia and its regional allies invaded the region’s most impoverished nation with the aim of overthrowing the Ansarallah resistance movement from power and restoring the government of Abdrabbuh Mansour Hadi.

The resultant war has killed more than 330,000 people both directly and indirectly through the famine and diseases caused by the destruction of health and water facilities. According to the International Committee of the Red Cross (ICRC), the war has destroyed nearly half of Yemen’s health facilities.

The situation has been worsened by an illegal economic blockade  that the Saudi-led coalition has imposed on Yemen. The blockade has severely restricted the entry of humanitarian aid and essential goods, such as fuel and food, into the country.

Despite investing billions of dollars into the war, the Saudi-led conflict has failed to achieve any of its stated objectives. In recent months, the Ansarallah resistance movement and fighters from the allied Popular Committees have inflicted heavy losses on the coalition.

Meanwhile, Reuters on 15 March reported that an invitation by the Gulf Cooperation Council (GCC) to the Ansarallah resistance movement for peace talks in the Saudi capital Riyadh alongside other actors in the conflict was under consideration.

Ansarallah has in the past indicated that it is willing to sign a peace agreement with the Saudi-led coalition as long as the agreement respects the sovereignty and independence of Yemen.