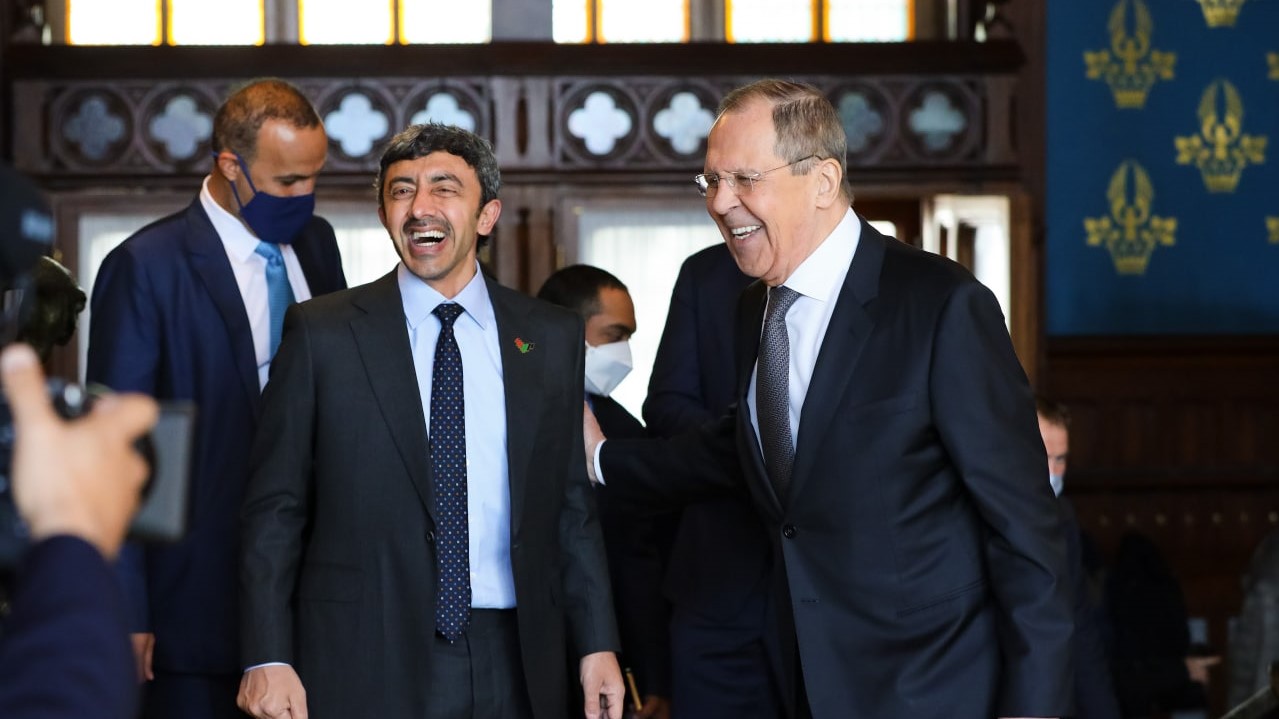 Bin Zayed made the comments during an official visit to Moscow on 17 March, where he held bilateral talks with his Russian counterpart Sergei Lavrov.

“The UAE appreciates its solid relationship with Moscow and our cooperation in all fields … The Emirates puts its priorities in boosting and supporting relationships with Russia in the interests of both countries,” the UAE’s top diplomat said during a joint news conference.

Speaking in relation to the ongoing conflict in Ukraine, Bin Zayed said that Abu Dhabi supports all international efforts to bring about a peaceful end to the crisis and to safeguard regional stability.

The meeting between the two officials comes just one day after UK Prime Minister Boris Johnson travelled to the UAE and Saudi Arabia in hopes of convincing the Gulf Cooperation Council (GCC) nations to begin pumping more oil.

Johnson made the trip hoping to succeed where the US president failed, as Washington and its allies have been scrambling to secure alternative fuel supplies for the west after imposing harsh economic sanctions on Moscow, including a ban on Russian oil imports.

However, following his meetings with the Saudi and Emirati leaders, Johnson was unable to secure a public pledge from the GCC nations to ramp up oil production.

After his talks in Riyadh with Saudi Crown Prince Mohammed bin Salman (MbS), Johnson was asked whether the kingdom would increase oil production.

“I think you’d need to talk to the Saudis about that. But I think there was an understanding of the need to ensure stability in global oil markets and gas markets,” he said.

The two Gulf states are among the few OPEC oil exporters with spare oil capacity to raise output and potentially offset supply losses from Russia. They have, however, tried to maintain a neutral stance between their historic allies in the west and Moscow, their partner in the group of oil producers known as OPEC+.