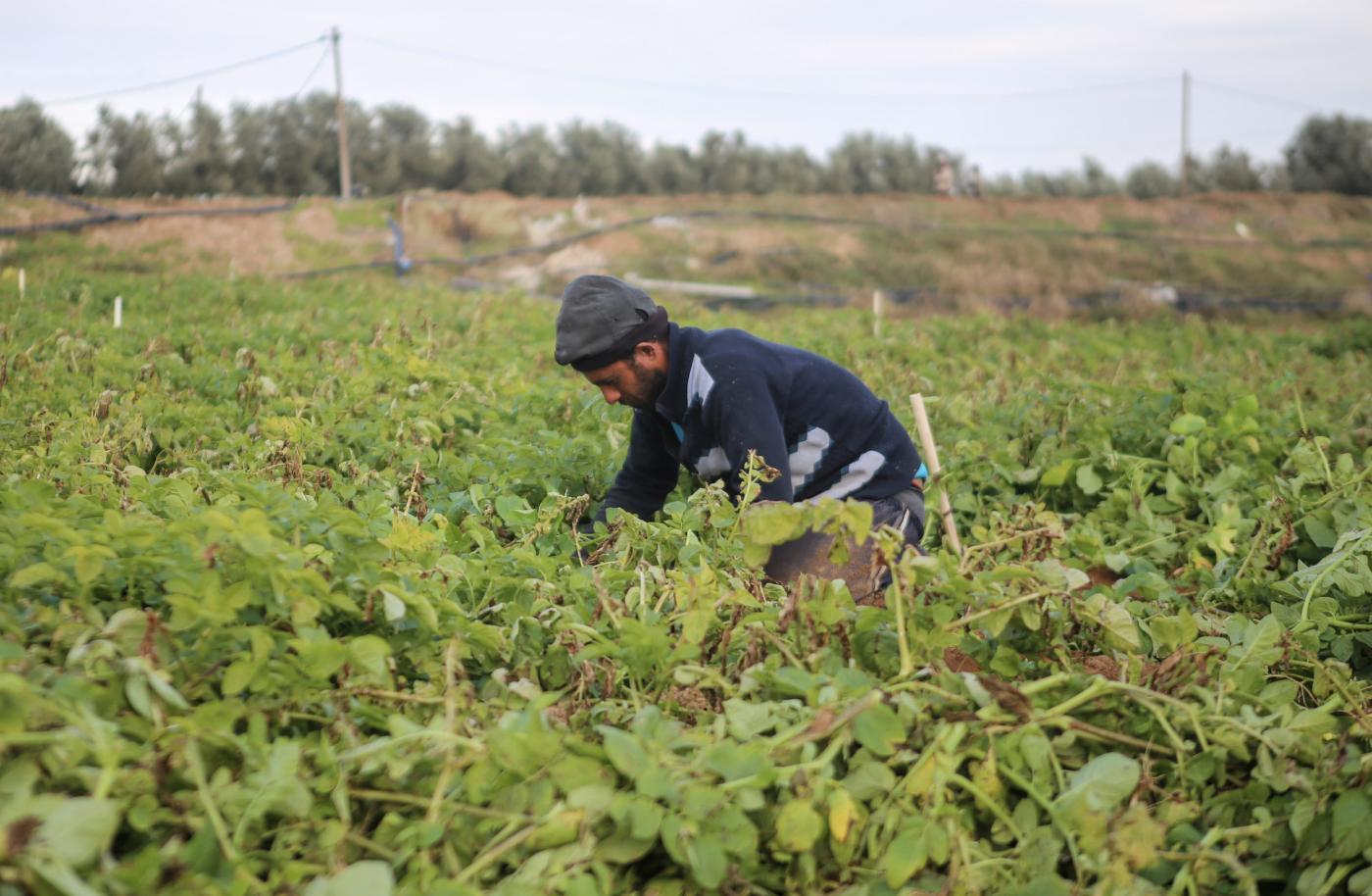 Over the past four days, Israeli planes have been spraying herbicide chemicals on Palestinian farmlands near the border fence separating Gaza from Israel, according to Palestinian farmers in Gaza.

“They only spray along the fence when the wind blows west, in the direction of the Palestinian lands, in order to allow the herbicides to cover a larger area inside our lands,” Palestinian farmer Youssef Abu Maghadid told media correspondents on 17 March.

“But when the wind starts blowing east, they immediately stop because it would harm them,” he said.

“Palestinian agriculture,” Abu Maghadid added, “has been suffering the same scenario for years now. Every couple of weeks, Israel sends drones to spray our lands to damage the crops so that they can monitor the area more clearly.”

The Israeli Defense Ministry has said that aerial spraying is necessary, the excuse being that it must destroy “vegetation that obscures soldiers’ view of the area.”

Rights groups have said that Israel has been conducting chemical spray operations for several years and has done so without notifying Palestinian farmers.

“Since 2014, the clearing and bulldozing of agricultural and residential lands by the Israel military close to the eastern border of Gaza has been complemented by the unannounced aerial spraying of crop-killing herbicides,” according to research group Forensic Architecture.

The spraying of herbicides has destroyed entire swathes of farmable Palestinian land in Gaza, gravely affecting the livelihood of Gazan farmers.

“We are still struggling with the consequences of the last attack on Gaza, which caused us huge damage due to the shelling and leveling of lands … We are not ready for another year in which our agricultural lands are continuously targeted,” local farmer Iyad Abughleba told media.

According to the Palestinian Ministry of Agriculture, Israel’s toxic chemicals have inflicted an estimated $204 million loss on Gaza’s agricultural sector.