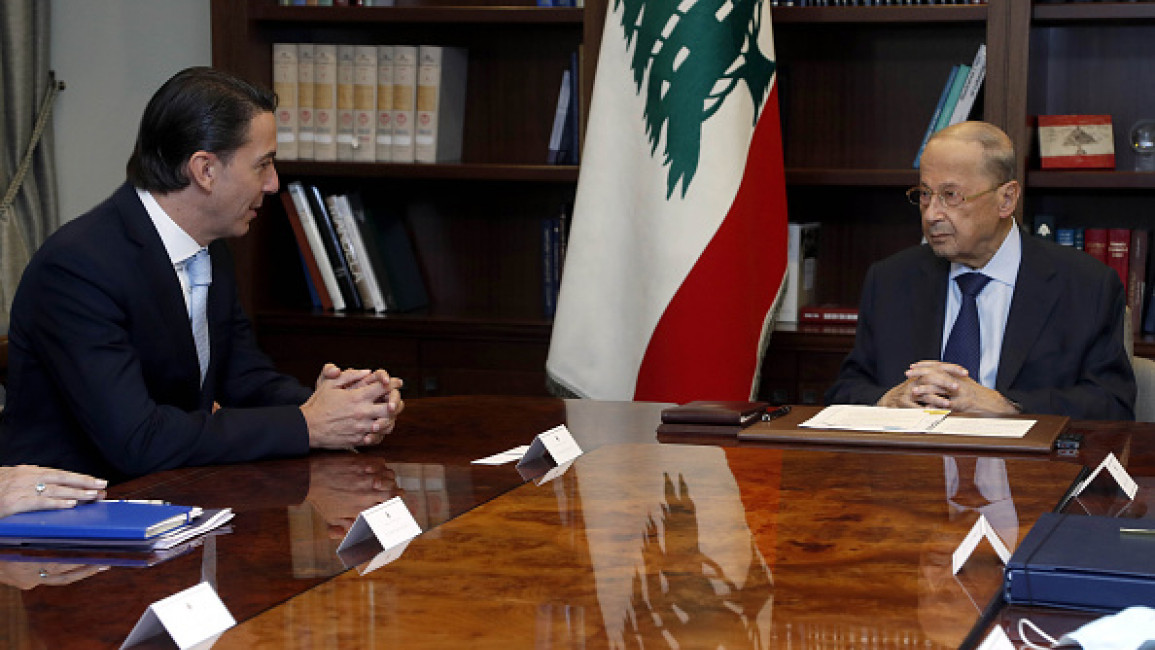 US envoy Amos Hochstein, who has been overseeing indirect negotiations on the Lebanese maritime border demarcation between Lebanon and Israel, is now considering cancelling his next trip to Beirut, according to a report by Al-Akhbar on 24 March.

Hochstein has proposed that all future discussions between the Lebanese state be carried out with US Ambassador Dorothy Shea instead of himself.

In a statement issued last week, Lebanese President Michel Aoun, Prime Minister Najib Mikati, and House Speaker Nabih Berri requested that the US “continue its efforts for the resumption of demarcation talks, in a manner that would preserve Lebanon’s interests.”

The report states that this potential cancellation amounts to a threat to cease the maritime border demarcation negotiations, which would in practice prevent Lebanon from extracting hydrocarbon resources off its southern coastline. Such resources could help to lift Lebanon out of its severe economic collapse.

Neither Hochstein nor Shea are considered as impartial negotiators.

Hochstein was born in Israel and has ties to the energy industry, which seeks to profit from the resources in the Mediterranean.

US Ambassador Dorothy Shea is not impartial, given both US favoritism towards the Israeli government and her history of interfering in Lebanon’s sovereign decision-making processes.

From pushing the Lebanese government to condemn the Russian special military operation of Ukraine, to saving Central Bank Governor Riad Salameh from arrest, to attempting to frame Hezbollah with 20 tons of dangerous ammonium nitrate, Ambassador Shea is considered by many to have no respect for the sovereignty of Lebanon.

The Lebanese state, under pressure from the US, has not been consistent with its position on its maritime border. At times, Lebanon has stood firm on its historical maritime rights and at other times it has conceded, only to then retract concessions.

Authorities are reportedly working on their next response to the US, which will be drafted by Prime Minister Mikati and overseen by President Aoun.

According to recent signals from Hochstein, such a response may have to be delivered to Ambassador Shea instead of himself.